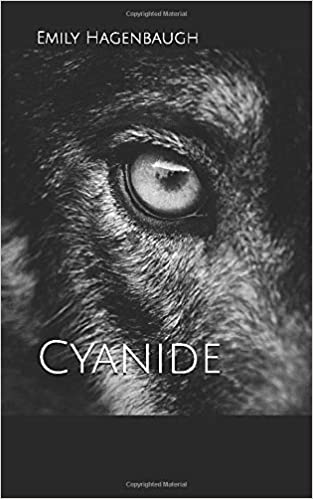 Without spoiling the book, Cyanide is about a boy who gets betrayed, deceived, and transformed all in one roller coaster ride. Oh and magic is totally real, because why not?

Fox is relatable, Cyanide is cuddly, and it’s definitely an attention grabber.

A bizarre and literal fever dream that haunted me for years. I think I was sick with a bad cold or flu and had a strange dream. Fun fact: One of Fox’s dream sequences is the dream that I had that sparked the idea, and no I won’t tell which one. You’ll have to read it and take a guess. It was also born from a what-if question that came from the same dream. I took the idea after a while and just ran with it.

Fans of the weird and bizarre, and also superheroes with some dark fantasy thrown into the mix. It’s definitely not for kiddos though! Sorry kids! Cyanide is too spooky for you. It’s definitely for a mature audience.

What do you hope readers could get out of your book?

That they too, have an incredible power and strength to change their lives for the better and that strength never fades. Fox is in a position that’s less than stellar and wants out. Unfortunately due some laws and other obvious reasons, he felt stuck. Trapped. Then he found the loophole. He took that hole and used it to his advantage. He wanted so bad to get out and he did. He never let it go and never gave up. It seemed impossible to him at times, but nothing is.

Sure, things didn’t go as planned, but that’s life for you. Things won’t go as planned. You’ll rise, fall, but it’s up to you to rise again. You have the power. Use it. It’s okay to be afraid and unsure, but go for it.

I do have a sequel in mind, but it probably won’t debut any time soon. Cyanide had been in the making since I was a junior in high school. It was put on hold for a few years and was eventually written as a script. Why? I wanted to try my hand at script writing and thought maybe it would be best as one. I was wrong. I’ll admit it. It’s doing much better as a book than as a script. I regret nothing though. For the sequel, I want to put the same time, effort, heart, and soul into it as I did this one. I want the sequel to be as good or even better than its predecessor.

I do have something in mind. I won’t leave you hanging. As for other plans? I’m not sure. Let’s see what the future holds.

I like turtles. Ha! While true, I’m just a simple girl that dreams of lying in a hammock in my beach backyard with a good book in hand and listening to sounds of the waves crashing along the shore.

I also want to continue to help others (author or no) and inspire future generations to do what they love to do and never let go of their dreams. When the world tells you no, you fight back and say “just sit back and watch me work.” Make magic happen y’all, and no matter what, don’t be ashamed of how you got started or how late, be glad you did and regret nothing.