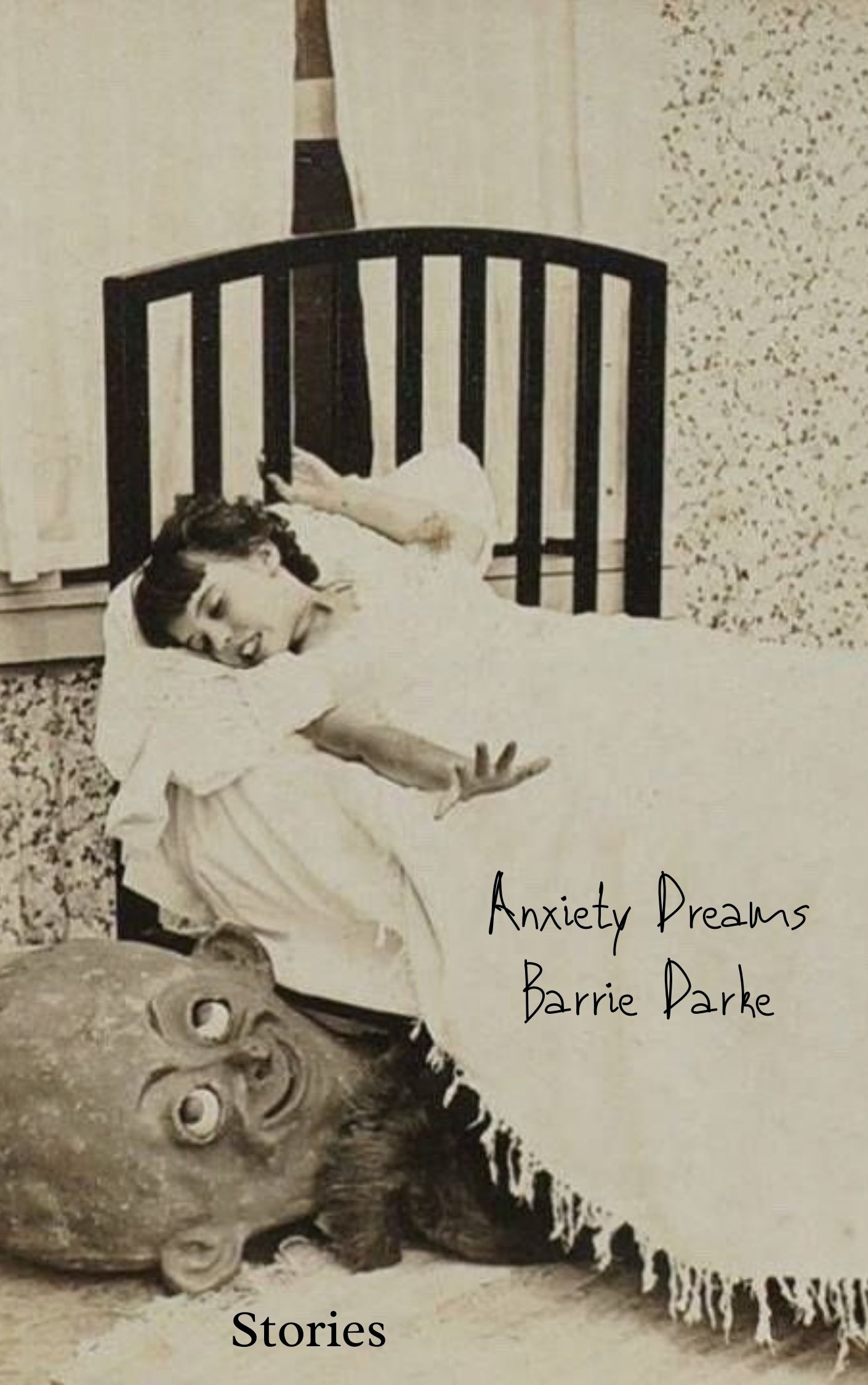 Anxiety Dreams is a short story collection by Barrie Darke

One of the benefits of self-publishing, it seemed to me, was having the freedom to put out a commercially unviable short story collection. After publishing my first novel in 2019, that’s what I decided to do for the follow-up in 2020.

That first novel, Dragon Clouds, fit broadly into the crime/thriller world, but I don’t see myself sticking to any particular genre long enough to be typed as that kind of writer. Avoiding the publisher’s cookie-cutter is another clear benefit of the indie world; the next thing, for instance, will be a historical/literary pastiche featuring Shakespeare’s version of Lady Macbeth. So it felt like a good idea to assemble a book that would open out a range. I might as well try to crowbar my way into every room in the mansion at the same time.

Plus, I’ve always loved short fiction as much as any 700 pager. As a teen I raced through Stephen Kings’s Night Shift and Skeleton Crew, returning to them as often as The Stand or Pet Sematary. Later, Hemingway and Nabokov settled in as the peak of the form, in my view. It’s hard to improve on Hemingway’s The Killers, and one of my efforts, Me Mam, is a homage to his My Old Man.

Luckily, I had a sizeable backlog to choose from, enough for a further two or three volumes, with more being written every year. This made the selection process both easy and not.

I thought 18 stories would be a manageable number, and with one, The Soothers, being fairly lengthy at 11,000 words, this added up to around 75,000 words. I like to offer a bit of weight for your bucks.

I wanted pieces that were literary (A Worldbeater One Day, Lonely Sound), horror (A New Queen Is Born Today, Carol Mountain), historical (Few and Far Between Women), crime/gangster (Dead Man’s Tree), and just plain weird (Moon Phase Seven). They also touch on black humour, straight ahead domestic drama, a kind of sf, and even a tearjerker or two.

Then there had to be a mix of third person and first person voices, and I wanted a rough half and half mix of previously published to previously unseen stuff. Some were years old, some were new, and some were old but newly rewritten.

Of course, rationalising only gets you so far when it comes to selecting – and when it comes to sequencing. A lot of it came down to feel. This one feels right following on from this one; it should start with this one and has to end with that one, if only because I don’t see any others doing the job so well, even if I can’t intellectually say why that is.

I didn’t have an overarching theme in mind when I was devising this table of contents, thinking the grab-bag approach, firing in every direction, was fine. But that nagged at me a little. Hemingway’s Men Without Women is far more powerful because of the theme implied in the title. And I’d always admired Bruce Springsteen for making albums that were a cohesive whole, rather than just the ten best songs he had at the time.

Thankfully, during the extensive polishing and proofing stages, I began to notice something emerging, however loose. It occurred to me that the majority of the characters were in fraught, feverish situations, heightened and slightly unreal, similar to the kind you fall into in bad dreams. The Soothers and Moon Phase Seven explored this liminal realm quite bluntly, while others centred on experiences – trips to an unqualified dentist in The Trainee Scheme, a death sentence from unknown quarters in Dead Man’s Tree – that fit the feeling without that having been my intention when writing them. This helped me settle on a title, the epigram from Paul Valery (‘We hope vaguely but dread precisely’), and the cover image, a sinister slice of Victorian madness:

I was heartened to find other, smaller links. Dogs feature a few times, as do telephones and the moon. There are a couple of funerals. An unattached young man and woman cross the road to go for a drink in both Few and Far Between Women and A New Queen Is Born Today, stories set almost 200 years apart. This felt like catching lightning in a bottle, and even if I was unconscious of it, I’ll still take credit for it.

So, while this collection can be dipped into, read in any order, I’m hoping it can also be seen as a book with its own focus. Even if some readers prefer to skip certain genres, I hope they might be tempted to stick with them here because they’re adding something to the stories around them. This is me, doing my bit for harmony in these divided times on this crazy ball of dirt. Thanks to the Authors’ Lounge for giving me the chance to explain all this.

Barrie Darke has had several plays performed, and has worked with the BBC, but prose was always the main thing. He lives and writes in the north east of England, and teaches Creative Writing in a basement. He has also worked in a prison, where he learnt more than the students. He has had around fifty short stories published in the UK, US, and Australia.