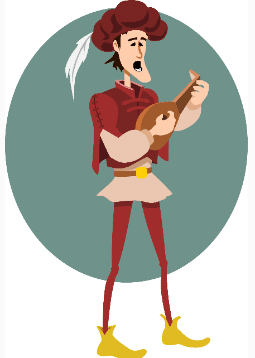 Medieval Times: (Middle Ages is the noun; medieval is the adjective depicting people, things, places and events, occurring during the fifth through the fifteenth century.)

Bridging the gap between the fall of the Western Roman Empire and the rise of the Italian Renaissance is what has been termed the ‘Middle Ages’. Because of the collapse of a central authority, it has also been called the “Dark Ages”, referring to unenlightened or archaic times.

This article pulls from the middle of the middle ages. Land is called ‘fiefs’ owned by men called ‘vassals.’ Vassals were given the land by the king in payment for a service done for the king. The fief came with an income provided by the peasants living in the fiefdom. But the land didn’t come without obligations. If the king needed something from the vassal, he only had to ask. Sometimes the vassals were knights, and they could be called upon to fight against the king’s enemies. 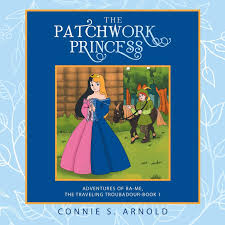 In our medieval trilogy, it’s safe to say that Ra-me the Traveling Troubadour, lives on fief owned by his father who is a knight. Ra-me will inherit the fief upon his father’s death; but before that happens, he wants to travel.

His first opportunity comes when King Lister invites him to play at Princess Ina’s wedding. In book 1, The Patchwork Princess, the Adventures of Ra-me the Traveling Troubadour, Ra-me gets the chance to use his talents.

The human voice was the first way to make music, and Ra-me had a charismatic quality to his singing. The recorder was the first instrument he learned to play. It was a carved, wooden flute-like instrument without a reed that he held vertically and simply blew into it to make different sounds. He furthered his talents by adding a lute–a simple stringed device without frets. By strumming the strings, he could accompany himself, letting his voice carry the story in melody. Or he could withhold the words of the song and pluck the melody transporting listeners as they contemplated their own thoughts. He also discovers that he is able to conjure up some magic in his songs.

Ra-me performed at the celebrations on his father’s fief. He became well known locally much like present-day guitar artists who start in local clubs and bars, although many great singers started singing in their church as did Elvis and Whitney Houston, e.g.

In The Patchwork Princess Book 1, the Adventures of Ra-me, the Traveling Troubadour, Ra-me shares his story when he returns home. The words and rhythm are simple. His tune reminiscent of ‘Row, Row, Row Your Boat’.

Merrily I rode along,

Rode along, rode along

Merrily I rode along

I found the princess in the tower

I found the princess in the tower

Her hair was golden on the right

Her hair was golden on the right

On the left her hair was dark

On the left her hair was dark

One was brown, one was blue

Merrily I took her home

Merrily I took her home

Singing of her beauty.

Everyone took up my song

Everyone then sang along

All about her beauty.