Celestina the Sorceress 1 by Julie MacDonald 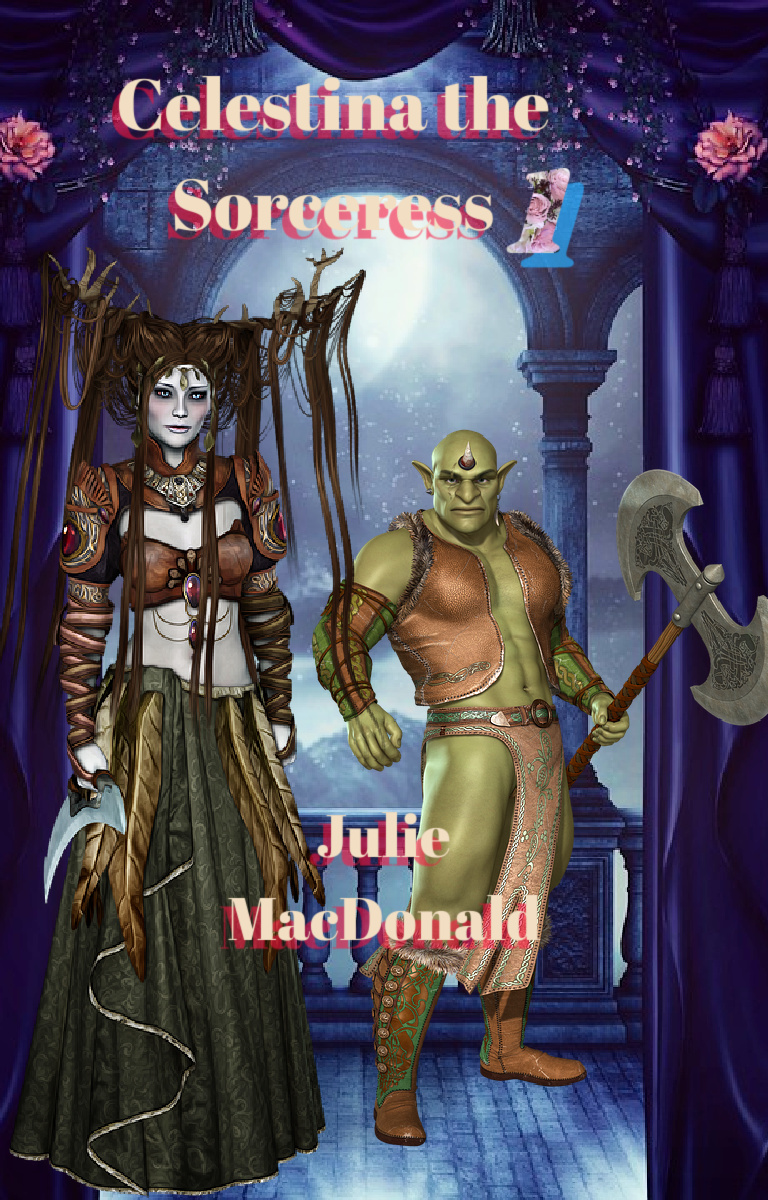 Thank you to ‘The Authors Lounge’ for this opportunity to share the excitement of my latest work with you all.

Hi, my name is Author Julie MacDonald I am happy to announce my new title ‘Celestina the Sorceress 1,’ is available for pre-order. Due to be released on the 10th may in E-book format.

Firstly, let me introduce myself to you.

In the year 1980 I was given the greatest gift ever.

I was blessed with my first child Benjamin.

As time passed, I was blessed with two daughters Leah and Chelsea my world was complete.

Now in my later years I have met my life partner. I gained a stepson Joshua.

The greatest gift in the world is motherhood.

It is through life’s the blessing. Seeing the sweet smiles on the faces of my children as I made up bedtime stories for them a love of storytelling developed and a desire to write instigated.

My favorite saying is and always will be smile and be happy always.

If you remember to smile even at a stranger, it may just brighten their day.

Now I have a new and wonderful family to add to my blessings.

I am extremely grateful to each and every one of them for being a part of my life.

Spending time with my extended family and writing are my loves in life.

Soon I will be married.

Oh, and I am quite partial to fishing as well and have many tales to tell of the big one that got away ha, ha.

This is part 1 of a 2-part Juvenile Fiction Tale.

Celestina the main character is a fairy who used to be filled with light and love before she was betrayed by the two people she loved most in the world. (Her Sister Alyndria and best friend Prince Larrel.) Celestina turns to the dark side of magic after Prince Larrel chooses her sister as his bride and queen rather than herself as she expected.

Today she lies imprisoned inside her dark jail awaiting revenge upon those who wronged her.

Locked in a dark cell and forced to eat bugs to survive. She stays, biding her time. Waiting for her jailor Gretnox to acquire the one thing she desires more than life itself.

Celestina put a cunning and evil plan in motion which leads to a war against the elves and fairies of The Gentle Empire.

A war led by her apprentice Gretnox who betrayed and dethroned her before taking over her Goblin realm.

Gaining knowledge of the impending war the fairy and elfin armies cast their armour upon their bodies in preparation for the impeding battle.

The Elfin women and children, devastated to see their fathers, uncles, and cousins preparing to march into a battle. A battle they understood could well extinguish their life force.

As the Elfin and Fairy armies marched toward the great valley, you could hear the distraught voices of those left behind. These cries of anguish travelled on the wind.

A mournful sound to behold as all the Elfin and Fairy women joined together wailing like an echo. This created the melody of sorrow. This wailing the same melody which travelled upon the breath of the wind, to the ears of those marching toward the battle lines.

Celestina waits locked in the dungeons beneath her kingdom for an artifact filled with immense power. An artifact she intends to bend to her will using her dark forces.

Will Celestina escape her dark prison and seek revenge on not only Gretnox for imprisoning her but those who betrayed her years earlier as well?  Pre-order your copy today to find out the truth behind her devious plan to acquire the magical artifact for herself and to find out if her desire for revenge will be fulfilled.

My target audience for this book is young adult to adults. It is my love of fantasy that inspired this book. I have always loved mythical creatures, fairies, goblins, elves, dragons, mermaids etc.

I hope the readers of this tale enjoy going on a journey into the realm of fantasy along with the characters. A place where they will be drawn into a magical kingdom known as Utopia Isles.

My future goals for this book are to write part two so my readers can continue the journey through these wonderful lands of fantasy.

In part 2 of this tale Something strange calls to the Prince Finch the son of Alyndria and Larrel? Or is it a who? Why does he feel drawn to the province’s deep recesses beneath the earth? A place forbidden as Celestina and Gretnox lie imprisoned there.

Will the Prince heed the call that tugs at his soul and fills his dreams with nightmares?

Stay tuned for part 2 of this tale. ‘Celestina the Sorceress 2. (Bittersweet Revenge)’ to find out what happens next.