Casting Away: Adventures of a Dead Man 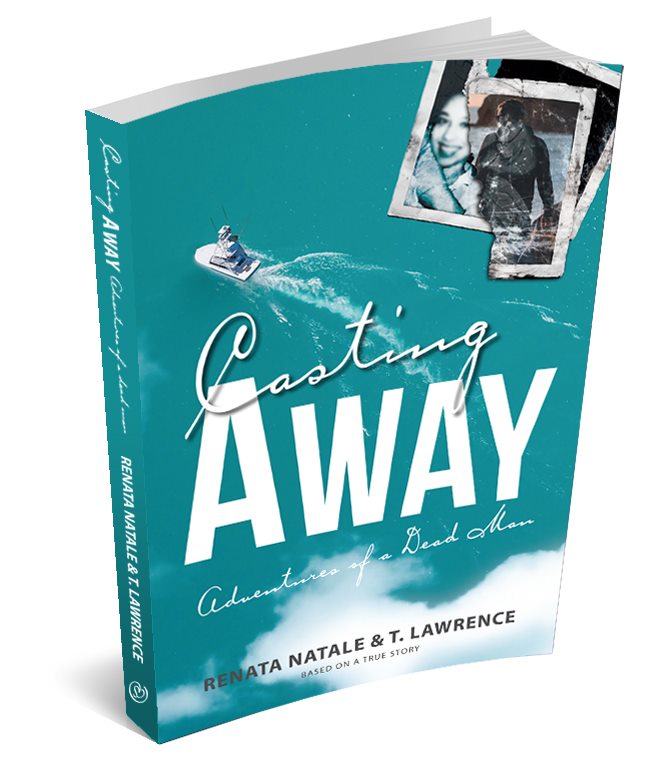 Casting Away: Adventures of a Dead Man chronicles the life of a middle-aged man living in disillusionment. His childhood dreams are shattered by a difficult marriage with a mentally unstable wife and two young children. After the love of his life jilted him in Australia many years earlier, and several comtemplations of suicide, he makes a decision to return to the financial world in New York City, where he meets, what he believes to be, his second love. He finds out the hard way that second loves don’t work the same as first loves and plunges into a dark world of counterfeiting and despair. As he moves his family from hotel to hotel in order to keep the authorities off their trail, he sinks into a place he never knew existed and longs for an escape.

The harder he tries, the further he sinks, until one day during the Christmas season in lower Manhattan, he stumbles upon a journal left behind on a table in a cafe where he stops for coffee. He cannot help but read the opened page. A series of inexplicable events follows and he suddenly finds himself maneuvering through a maze of seemingly magical events.

A week later, while visiting Rockefeller Center, he “happens” to run into his long lost first love and his plan to escape his relentlessly exhausting life begins. Leaving behind a trail of clues from upstate New York to Havana, Cuba, he begins a new life on the island of Bora Bora, fulfilling a lifelong dream of owning and operating a deep sea fishing charter. He is free at last, or so he thinks.

One evening at sunset on the beach in Vaitape, he notices two women who strangely resemble the two sisters he left behind. How did they find him? Is it really them? Why are they in Bora Bora? His heart begins to race and he realizes he may be on the cusp of a very long day. The story begins…

“It was dusk in Vaitape when we first laid eyes on him. He was ambling along the beach, sun-kissed shoulder length brown hair blowing in the soft breeze. He was wearing a worn-out navy T-shirt and khaki-colored shorts and what seemed like duck cloth flip flops. He was very tall and his skin was golden brown from the sun. He looked younger than I could ever remember. There was a certain something in his movement I couldn’t put my finger on – peace maybe, perhaps confidence? I couldn’t place it. A strange feeling of familiarity came over me, but I didn’t say anything…”

IN Casting Away: Adventures of a Dead Man, you’ll be forced to confront the side of you that knows the line that separates reality from the unexplainable can sometimes be impossible to perceive.

The mysterious death of their brother, Ray, dramatically alters the lives of two sisters living on different continents. A last minute vacation to Bora Bora finds them in the midst of a search for truth when they see, what they are certain is their long dead brother.

As they deal with their gut-wrenching emotions and try to unravel the mystery unfolding before their eyes, intriguing connections lead them to a parallel universe where what’s real and what isn’t forms a suspenseful vortex between the living and the dead.

This debut fiction novel, co-authored by a husband and wife team, is based on the true events surrounding Renata Natale’s brother’s untimely and mysterious death. Because his death was deemed suspicious and because his wife never went to identify him or claim his remains, he was cremated by the coroner’s office and languished in an urn on a shelf in a funeral home in midtown Manhattan. All attempts by his sisters to claim his ashes as next-of-kin went in vain. It took Renata and her sister over ten months with the help of a lawyer to finally bring Ray’s ashes home to rest. It was then that they discovered that thousands of bodies are never claimed and remain on shelves in funeral parlors around the United States. Who it was they buried in the North Tarrytown cemetery? That remains a mystery and that was the spark that precipitated this book.

If you have ever found yourself in despair, frustrated, or disillusioned, living a life that seems more like a prison, Casting Away: Adventures of a Dead Man will propel you to search your heart and ask yourself one question – What happens to a dream deferred? Therein lies your answer.