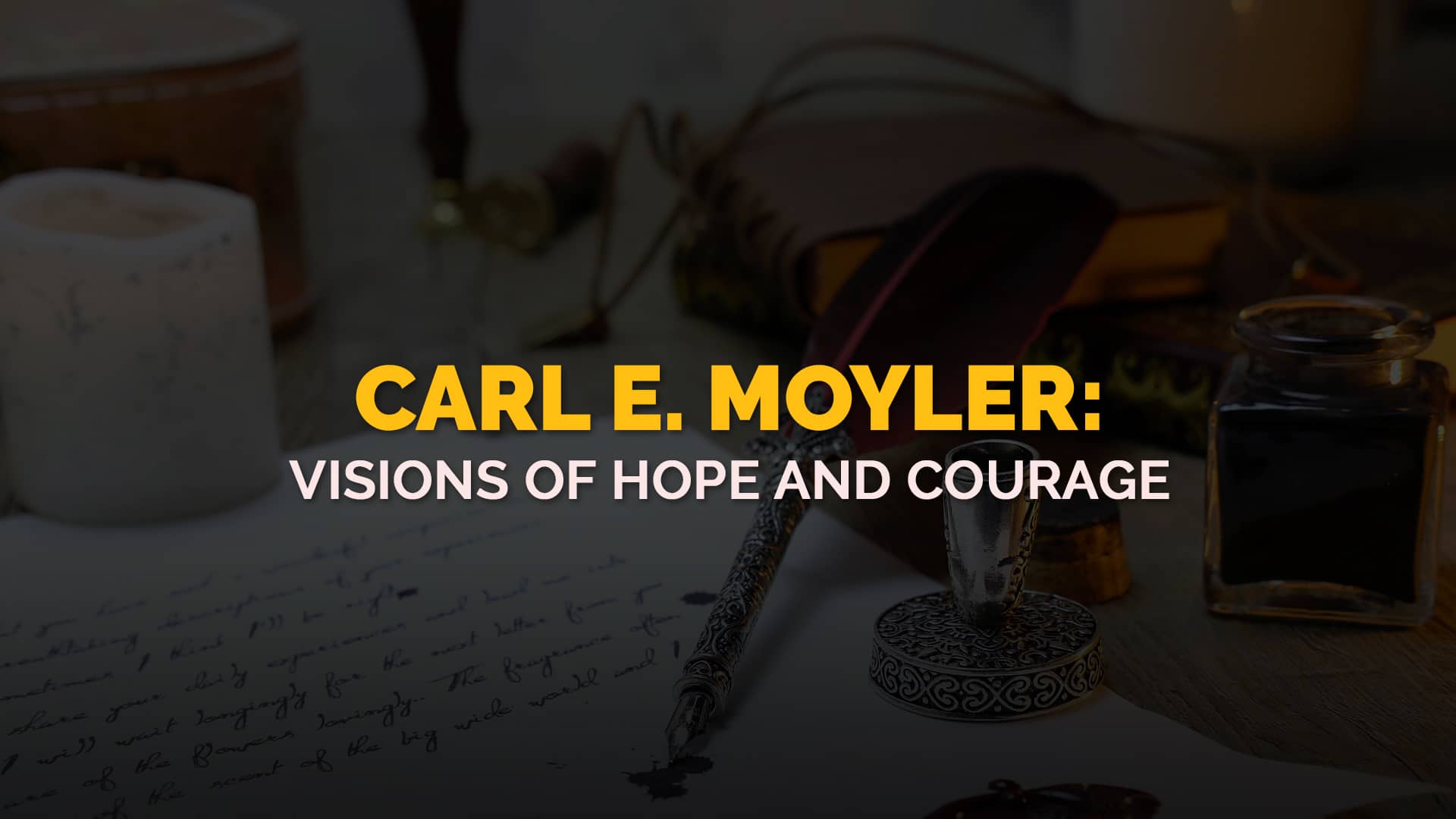 Moyler is an author, a teacher, and a civil rights worker who believes in a vision of hope and courage.

These past few months, we have seen incidents of social unrest and racial prejudice claiming innocent lives. The most recent was the shooting inside a spa in Atlanta that resulted in the deaths of six Asian women. Aside from the anxiety and depression brought by the Covid-19 pandemic, hate killings and attacks fueled by racial discrimination further the sufferings of the American people as a whole. We must look into our past during these times, turn to our heroes, and the vision they have for and died for. Today, we are going to discuss Carl E. Moyler’s book on vision of hope and courage, On Freedom and Revolt, to remind and inspire us to resist this culture of hate and violence that is dividing America and leaving it in the dark and uncertain times.

In 2015, Carl E. Moyler released his book, On Freedom and Revolt: A Comparative Investigation. In the book, Moyler reintroduced two significant historical figures whose legacy in politics, culture, and civil rights movement remain. Albert Camus and Martin Luther King, Jr. both were passionate individuals who witnessed the economic inequality, political upheavals, and social injustices of their time and respective countries. Their passion, commitment, and recourse against tyranny, oppression, racism, murder, and war are extraordinary and must be emulated by today’s younger minds.

“Albert Camus: quote on historical or collective revolt: The revolt against injustice and oppression meted out by other human beings. Camus grew up among many simple and illiterate people who maintained dignity through exploitation, poverty, racism, and hardship. Dr. King: Any religion concerned with the souls of men/women but not concerned with the slums, economic and social conditions that damn them, and poverty that cripples them is a religion that is dry as dust and invites a revolt for freedom and a better life pursued through caring and brotherhood.” (excerpt from the book, On Freedom and Revolt)

By publishing On Freedom and Revolt, we are again reminded of the importance of resisting the status quo that maintains these injustices. We are again shown the essential need for society to revolt against actions, mindsets, and institutions that permit a culture of intolerance, prejudice, bigotry, and exploitation. Moyler’s comparative study of these to heroes allows us to revisit their times that mirror our own in more ways than one and inspires us to grasp the same principles and will that Albert Camus and Martin Luther King Jr. embraced. Now more than ever, we need more Camuses and more Kings if we are to restructure the current society that does not benefit the everyday American nor allows humanity to exist with dignity.

King Jr. and Camus: Beacons in These Dark Times

On Freedom and Revolt is an inspiring read because it features two beacons that we need in our society today- Albert Camus and Martin Luther King Jr.

Albert Camus was a French philosopher, journalist, and Nobel Prize for Literature winner in 1957. He served as the moral conscience of thousands of minds across Europe, the United States, and in places where progressive thinking exists during his time. His writings and ideas on absurdism and against totalitarianism remain relevant today. On the other hand, Martin Luther King Jr.’s legacy on the civil rights movement and nonviolent militant revolt shine bright not only over African-American social movements but across other political campaigns. He remains a hero to everyone who fights against injustice and exploitation through peaceful means. Just like Camus, King Jr. was a Nobel Laureate. Together, Camus and King Jr. were able to influence (and still influencing) past and present generations a vision of hope and courage that will remain significant for future generations.

Carl E. Moyler is a Christian, a teacher, and a civil rights worker. He was born in Newport News, Virginia. Moyler graduated from West Virginia State University in 1954, majoring in foreign languages. Carl Moyler holds a master’s degree in French from Case Western Reserve, Cleveland, Ohio. He also has an Educational Specialist degree from the University of Dayton and a Ph.D. from the Union Institute/University, Cincinnati, Ohio. He taught high school and college. He currently lives in Dayton, Ohio. His book, On Freedom and Revolt, is dedicated to all heroes and heroines who dedicate their lives in the service to humanity, justice, and freedom.