Bryan Quinn on THE PACKAGE & NO GOOD DEED GOES UNPUNISHED 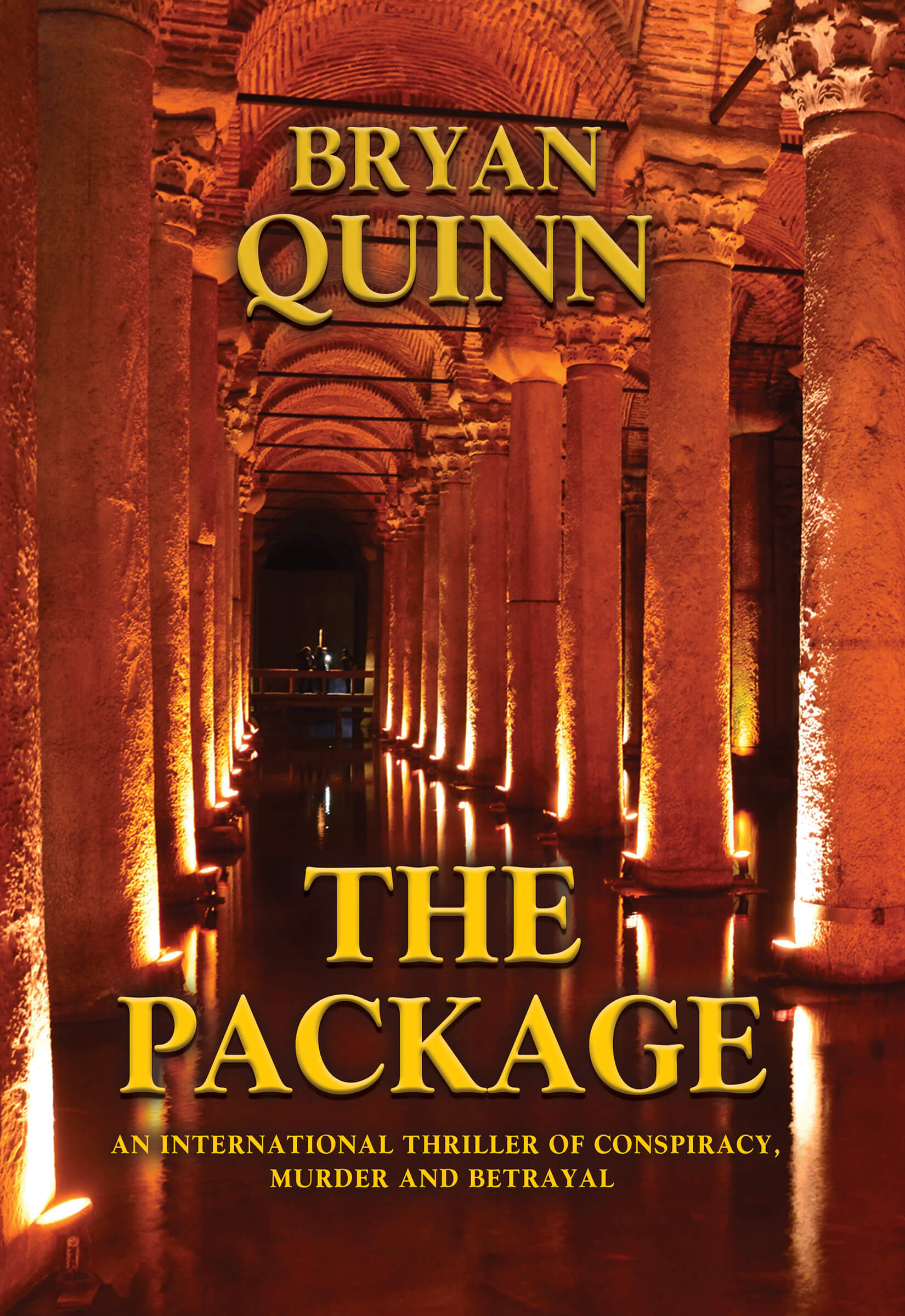 Hi, I’m Bryan R. Quinn, a successful full-time indie author of noir mystery thrillers, both historical and contemporary, peppered with light and dark humor, and I’m delighted to be a featured author on the Authors’ Lounge page.

I took my first stab at writing a novel way back in February 1999. The dream was to write a best seller to escape the drudgeries of corporate serfdom and live off of my book royalties. Dreams die hard. Three months of dedicated part-time writing and 3500 words later, I broke my keyboard in two, figuratively speaking. Writing was eating up all of my spare time, so I shelved my dream of being a world-famous author.

Fast forward to July 2014 when, one evening,my wife, her nephew and I were lounging in our living room discussing writers to the sounds of us slurping Moroccan tea, and out of the blue I said to them: I know how to write. So, I tore into my office where, for the next hour, I dashed off two paragraphs of spellbinding fiction writing, printed it, and handed it to my wife and nephew for their assessment. They both said I had talent. That was all the encouragement I needed. (I’m easily encouraged.)

Those two paragraphs became the genesis for my first novel, the internationally acclaimed conspiracy thriller THE PACKAGE. As an aside,only a few words survived from those paragraphs and made it into the 100,000-word first draft, which was completed ten months later, in May 2015. I had set and met a writing goal of 10,000 words per month. But it would entail another three-and-a-half years of writing and editing before I published THE PACKAGE in January 2019. And all the while I was querying my novel to literary agents and writing short stories for literary contests. I received about 1000 rejections for THE PACKAGE. I didn’t give up and neither should you.

It wasn’t all bad, though. I received encouraging feedback from more than a few literary agents. Undaunted, I knew I had great story in my hands, so I signed up with an Indie publisher to put THE PACKAGE into the hands of readers. Two years later, THE PACKAGE continues to garner dozens of 5-Star reviews much to my pleasure—and surprise.

Meanwhile, on the home front, the writing treadmill never stops. I have written two other novels and an anthology of short stories entitled CHOICES. The aforementioned NO GOOD DEED GOES UNPUNISHED is available through well-known online haunts. A third novel, STONY RIVER, a murder mystery set in a rural Massachusetts town ten years after the end of the American Civil War might be published at the end of 2021, if the world hasn’t come to an end by then.

As you can tell my interests are eclectic and so are my stories. Not being pigeon-holed is one benefit of being an indie writer. I write what I want when I want without an agent looking over my shoulder. But I do have a wife to answer to. So, I either publish or perish.

About THE PACKAGE. It’s an intrepid tale about the war against truth and a battle for one man’s soul.Following an earthquake in Istanbul, all hell breaks loose when Marco Arrigoni, a jaded priest, unearths beneath the archives of his medieval church a long-forgotten tomb containing incontrovertible evidence of an explosive conspiracy stretching back millennia. To authenticate his find,he joins forces with his friend and secret love, Aysel Bigili, an archeologist.Before long, they find themselves on a collision course with a ruthless enemy in the Vatican, an enemy who will stop at nothing to prevent his discovery from ever seeing the light of day. Wrenched into a world of violence unprepared, Marco and Aysel are forced to battle wits with a fanatical adversary in the cause of truth, a truth so shocking that, if revealed, will demolish the very foundations of his faith and alter the destiny of humanity forever.

My second novel NO GOOD DEED UNPUNISHED is a noir psychological suspense thriller set in New York City. It is the story of Nelson McCormack, America’s wealthiest man, regretting the fateful day he finds a mobster’s wallet in the gutter, never imagining he will end up there himself—and worse!

A final bit of advice: the job of an indie writer doesn’t stop with the words The End. Once a novel is written, it has to be marketed. So, a quick word about marketing. Develop a large following on your social media platform of choice. I joined Twitter in December 2019, a month before publishing THE PACKAGE. I had to develop and fine-tune my marketing campaign while building a community of fellow writers. I’m blessed to be part of the #writingcommunity on Twitter, where we buy and promote each other’s works.

Bryan R. Quinn, a life-long student of history, earned a BA in American History from McGill University and a Computer Electronics Diploma from Herzing College, which comes in handy when he has to troubleshoot inevitable computer problems. Yet, despite his expertise with digital technology, he still relies on his wife to operate the coffee machine. Bryan lives with her in Canada.

His first novel THE PACKAGE, an historical-contemporary conspiracy thriller, has garnered international acclaim. NO GOOD DEED GOES UNPUNISHED, a noir psychological suspense thriller, is Bryan’s newest novel. It was published in December 2020.