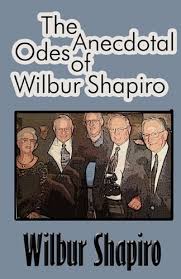 Family events bring lasting memories. Some of the more humorous occurrences of a fictional family of seven are described in poetic verse. The timetable includes infant children to adulthood. Siblings went on to produce their own families, and the bar-mitzvah of son Geoffrey is described in detail including the prelude, the ceremony and beyond. In addition, stories of adult children produced increased amusement.

The golf course produces many legends to relate. Camaraderie of foursomes and interaction with others on the course provide entertaining and humorous tales that protagonists speak of for many years.

Some philosophic considerations are also presented along with poems of a generic interest that describe everyday occurrences.

Walter Sharp was a once a week hacker trying to find his golf swing. A series of events occurs that enhances his swing and he eventually becomes a world champion. Just when he reaches the pinnacle of success, with fame and fortune, the game bites back.

Wilson Shindler’s dream was to develop an Oil-Free piston engine. Besides difficult technical hurdles, he had to overcome significant headwinds of corporate greed and evil. Ultimate success leads to a decision fork that would have a profound effect on his future way of life.

The impetus for this story comes from the aides who provided care for my wife during her long illness.  Most of the aides were black and they all had children.  The aides were very concerned about their children’s education and they sent them to the best schools many of which were charter schools.  At least one of the aides had a gifted child.

Amos, a black child, was abandoned by his father at birth. His mother, Soriana vowed to provide Amos everything in life for him to succeed. Amos was gifted. Unfortunate circumstances landed Soriana and her son in a farming community in New Hampshire. It was there that Amos made his mark and lived up to his calling.

From Top to Bottom

Damon Clark could truly be called the Yo-Yo man.  From award winning stockbroker, to homeless man, to President of the United States, Damon surely deserves that title.  He led our country for two terms and made us aware of and avoided the invisible monster waiting to crush us.

My views is a booklet expressing my thoughts about the world and events.  I do not like what I see, and I can only hope for better situations.  The world is a very dangerous place and hatred against fellow humans is everywhere.  In my own country, I see a leftward migration of a prominent political party that I believe is very alarming.  The democratic party has been infiltrated by Muslims and liberal activists who are determined to force total socialism upon our government.  Furthermore, they are encouraging Anti-Israel policies and Anti-Semitism in our own country.  They are also total enemies of our duly elected president and waste a good deal of their political capital trying to impeach him.  In the meantime, President Trump has done a magnificent job in making our country strong and prosperous.