Book Feature: You Can’t Keep Her: Sequel to Bonita by Carl R. Brush 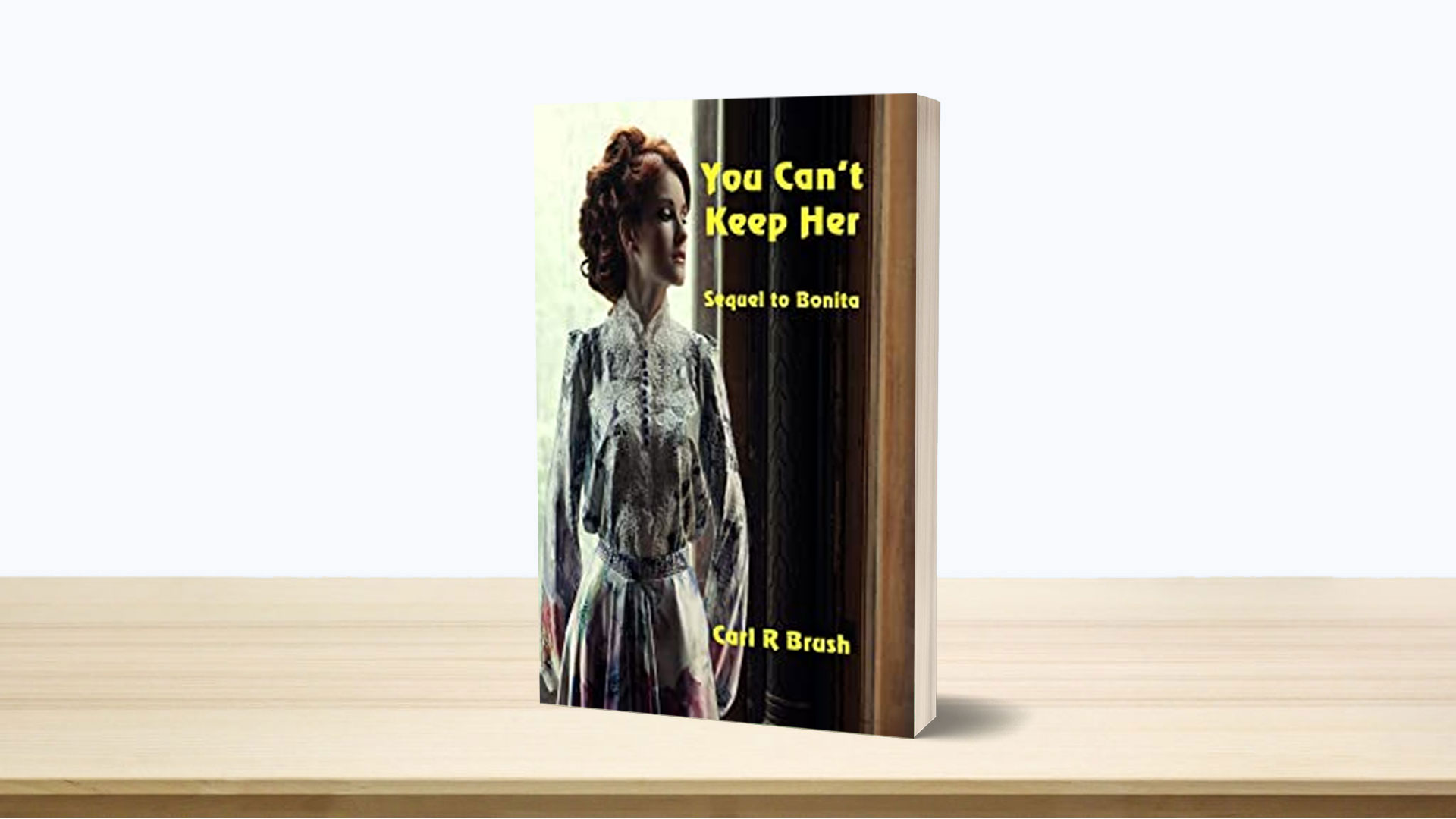 Three years after publishing the historical novel Bonita, Carl R. Brush finally released its sequel in 2018. You Can’t Keep Her: Sequel to Bonita is the complete title of this 296-page engaging tale about a mother’s fight to reclaim her lost daughter and, at the same time, redeem her family’s name and integrity.

In the first book, we are introduced to Bonita Kelly, a 12-year old girl who discovered her true identity accidentally. We witnessed how Bonita transformed from a rebellious teen to a mature and well-respected businesswoman. Her deep spirituality has guided her, surpassing all of life’s challenges thrown her way. But this time, it is different. Bonita is not only fighting for herself and her survival. She gave birth to a child, and that child was taken away from her. You Can’t Have Her is a dramatic sequel that will take readers on a rollercoaster of emotions- grief, desperation, excitement, longing, and true happiness.

“In 1847, Bonita Kelly’s daughter is born, then stolen the moment she emerges from the womb. When Bonita finally rediscovers the child six years later, she’s being raised by another family and has no idea who her true mother is. Rather than cause the pain and turmoil that would result from asserting her motherhood, Bonita befriends the family and masquerades as a pretend auntie in order to maintain at least some access to her child. That arrangement lasts until the girl begins to ask questions that threaten to unmask the charade, at which point the putative mother, Flora Torres, declares an end to the whole relationship. Using elements of Bonita’s own past, rumors that her dead parents were criminals, and the fact that her business partner is a former madam, Flora labels Bonita unfit to associate with her own daughter. You Can’t Keep Her is the story of Bonita Kelly’s fight to clear her parents’ names, and claim her rightful place at her daughter’s side. The fight carries her from San Francisco to New Orleans and back again. An intriguing love triangle adds a delicious spiciness to the whole affair. If you read the original Bonita, you know will find yourself in the company of an extraordinary woman when you step into You Can’t Keep Her. If you didn’t, well you’ll have a wonderful time getting to know her as you sail the tempestuous seas of this romantic and suspenseful tale.” (book description)

You Can’t Keep Her: Sequel to Bonita by Carl R. Brush is a well-written second installment. For those who have read the first book, the sequel features a well-developed character in Bonita Kelly, which many old fans will definitely adore. You Can’t Keep Her is thrilling as it is entertaining.

The Yellow Rose is a joint project by two authors interested in Western fiction and history, and he convinced Carl to co-author his last novel, The Yellow Rose.

Carl R. Brush is a writer who hails from Oakland, California. Most of his novels are set in his home state, California, including the historical thrillers–The Maxwell Vendetta, The Second Vendetta (sequel), Bonita, and You Can’t Keep Her (sequel). He also co-authored Bob Stewart’s last novel, The Yellow Rose. It was the late Bob Stewart who invited Carl R. Brush to come and visit Texas. The late author was known to collaborate with other authors. He passed away shortly after the book’s publication.

Carl R. Brush lives with his wife. He enjoys spending time with his children and grandchildren.

To know more about Carl R. Brush’s works, you can purchase copies of his books or visit his official author’s website today.