Book Feature: The Shadow of the Staff by Mark Haddad 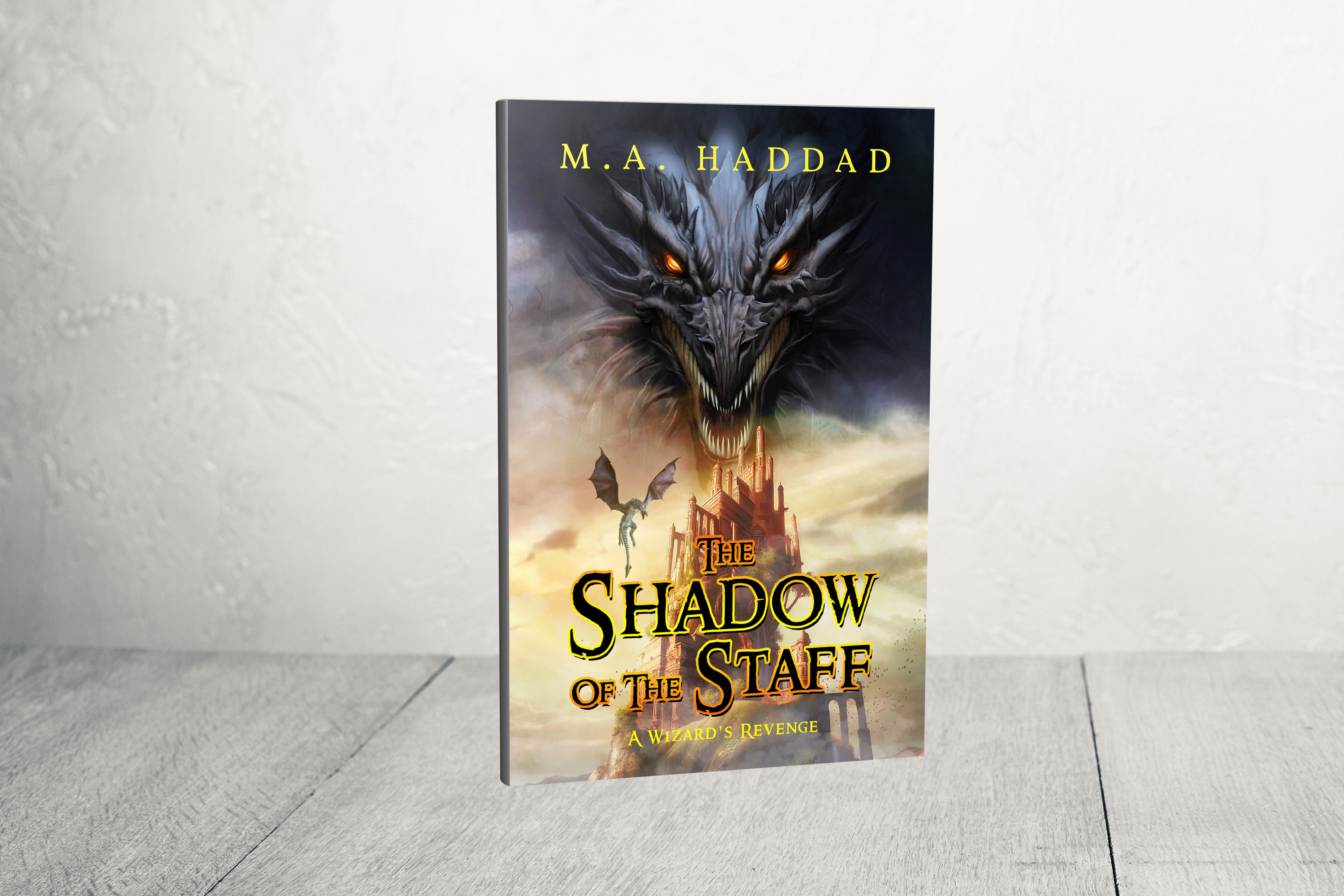 The Shadow of the Staff is a medieval fantasy adventure by author Mark Haddad.

When I think of medieval fantasy, Marion Zimmer Bradley’s The Mist of Avalon and T.H. White’s classic, The Once and Future King, comes to mind. Both were written many decades ago but still hold the prestige as among the top works f medieval fantasy. However, recent fantasy books border on high fantasy series such as G.R.R. Martin’s A Song of Ice and Fire and Robert Jordan’s The Wheel of Time (Brandon Sanderson continued writing the rest of the series after Jordan’s passing in 2007). There have been fewer medieval fantasy books than other genres these past few years, but today we will feature one from a well-received author, Mark Haddad.

The Shadow of the Staff: A Wizard’s Revenge

The Shadow of the Staff: A Wizard’s Revenge is a medieval fantasy adventure by Mark Haddad. It was published in 2011. The book is a blend of sorcery, eons-old lineages, fantastical warring creatures, and adventure set in the magical world of Hatu.

The Shadow of the Staff: A Wizard’s Revenge is the first book in a series. It introduces us to Burton Brew the Myopian – the last Brew descendant to have carried the Great Staff of Power and the backstory of the great war of the beginning times, which saw the fall of the evil wizard Porttia and his empire. We are introduced to the Elf stronghold of Fallquint on Shadow of the Staff and the dwarves of the Mystic Mountains, and the rest of the fantastic creatures and races that inhabit the magical world of Hatu.

Burton Brew and his mentor, the ranger namedTordin, journey to the land of Fallwuint to take part in an ancient Elf tradition held every 500 years. The ceremony celebrates the heritage of those who fought in the great war of the beginning of times. However, their journey takes an unpleasant turn when Burton is tasked to deliver a message from the Elf Lord Mindeloria of Fallquint to the Dwarf King Thuron of the Mystic Mountains. This task is the start of a grand yet difficult journey for the two as they find themselves playing an important role in the realm’s future. Finding new friends and meeting deadly foes, Burton finds ancient history unfolding itself and himself caught in a war involving humans, dwarves, elves, trolls, wizards, orcs, and other creatures.

Mark Haddad’s The Shadow of the Staff: A Wizard’s Revenge is the start of an epic adventure that fantasy fans will surely love. The book takes us to a whole new world. And while stories involving elves, dwarves, orcs, wizards, and other magical beings are certainly not new to us, The Shadow of the Staff offers a different plot, and its story is still evolving. Burton Brew and the rest of the characters are certain to take us on an unforgettable adventure, the like we haven’t seen since Tolkien’s Lord of the Rings.

Upcoming Book: Tomorrow is Just a Day Away

According to his website, the second volume of The Shadow of the Staff is set to be released in the spring of 2021. The book will pick up where the events of A Wizard’s Revenge left off. It will focus on Burton Brew as he moves forward to his adventures. Readers are also expected to know more about the magical world of Hatu.

Mark Haddad was born in Toledo, Ohio. After he graduated high school, Haddad worked several jobs before enlisting in the Ohio Air National Guard. He worked his way to becoming a full-time employee until he was considered active duty for the United States Air Force. As a teenager, Mark Haddad had joined the Civil Air Patrol of the Official Auxiliary of the United States Air Force. Haddad distinguished himself well and has earned several awards and commendations. He also co-founded the State of Ohio’s Non-Commissioned Officer Preparatory Course.

Mark Haddad is still an active member of the Auxillary. He has been in the program for almost five decades. As a Senior Member, he wears the rank of Major. After almost twenty-five years in the national service, Mark Haddad retired. He holds two Associates degrees- an Associate in Applied Science in Personnel Administration and an Associate Degree in Applied Science in Information Systems Technology. His interests include music, collecting coins, stamps, and autographed photos of celebrities. He also volunteers in several locally-based community programs, including the Red Cross.