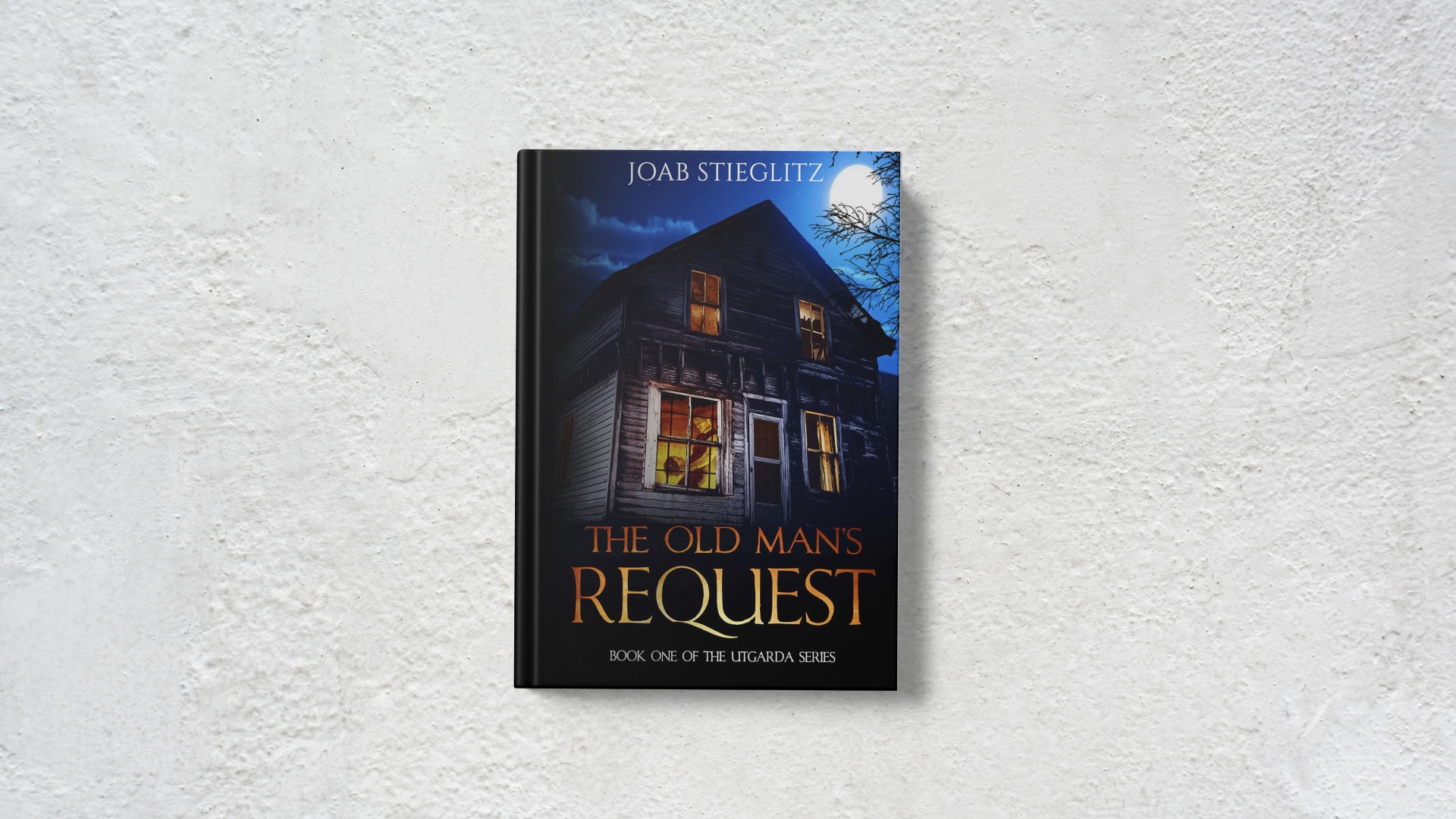 The Old Man’s Request is the first installment of Joab Stieglitz’s The Utgarda Trilogy.

When we think about pulp literature and weird horror fiction, we think of the legendary American Novelist Howard Phillips Lovecraft. He created a whole new subgenre of horror stories known as the Cthulhu Mythos. Although H.P Lovecraft never got to see his works gain commercial and critical success, fans of his works and several media outlets are trying to revive his works. His influences can be seen in the works of some prominent authors like Stephen King, Alan Moore, and Neil Gaiman. Another modern author whose works are influenced by Lovecraft is Joab Stieglitz. Today, we are going to feature one of his early works, The Old Man’s Request.

The Old Man’s Request is Joab Stieglitz’s first major work and the first book of his first series, The Utgarda Trilogy. Published in 2016, this is perhaps Stieglitz’s most important work as the books laid the foundation, not only for the whole series, but in his succeeding works as well.

The first book in the series is set in the 1920s. In The Old Man’s Request, Joab introduces us to the main characters of the series and its backstory. The story begins with Jason Longborough, a dying man sharing a story that happened fifty years ago. Jason narrates that he and four other college friends immersed themselves in the occult and released a malign presence on the world. He is the last of the students and wants to make right the wrong they had unleased five decades ago. The old man Jason, a trustee of Reister University, enlists the aid of Russian anthropologist Anna Rykov, Doctor Harry Lamb, and Father Sean O’Malley. What follows next is a thrilling adventure like no other.

Below are the succeeding titles after The Old Man’s Request. Together they form The Utgarda series.

The events of the second book, The Missing Medium, takes place immediately after the first book. It begins with Father Sean O’Malley being summoned by his superiors in Rome because of the “Longborough Affair” (the events of the first books) and its aftermath. Anthropologist Anna Rykov and Doctor Harry Lamb are on the other side of the world and travel to New York to pursue the spirit medium. The two discover that what they are seeking is no ordinary medium, and they are sensing trouble far worse than what they have encountered previously. The Missing Medium features merchant mobsters, monsters, and other new characters in another adventure that takes readers closer to the end of this amazing series.

Book Three: The Other Realm

The Other Realm completes Joab Stieglitz’s first trilogy. Published in 2018, the final chapter features the protagonists finally discovering Brian Teplow’s whereabouts. Anna Rykov, Doctor Harry Lamb, and Father Sean O’Malley then travel to a secluded asylum to secure Brian. However, before the three could get hold of him, Anna must travel to the land of Teplow’s imagination to get to him. She is surprised to find an entirely different world. The missing medium’s journal hints at another from what Anna discovers. The Other Realm is a fitting sequel and final chapter in this exciting and otherworldly adventure of the three heroes. The Utgarda series is just the beginning of Anna Rykov’s adventures, as we will again see her in Joab Stieglitz’s second series- The Thule Trilogy.

Joab Stieglitz is an author from Warren, New Jersey. He has worked many jobs, including as a software trainer, network engineer, project manager, and technical writer. He is also an application consultant for a software company. His passion for science fiction and the world of gaming, especially RPG games like Savage Worlds, Mars, Deadlands, Agents of Oblivion, Call of Cthulhu, Pathfinder, Lamentations of Princess, GUMSHOE, can be seen in his works. H.P. Lovecraft’s influence on Joab Stieglitz can be seen in his two major works- The Utgarda series and the Thule Trilogy. Joab Stieglitz has also published several other pulp adventure themes. He is presently living in Alexandria, Virginia.