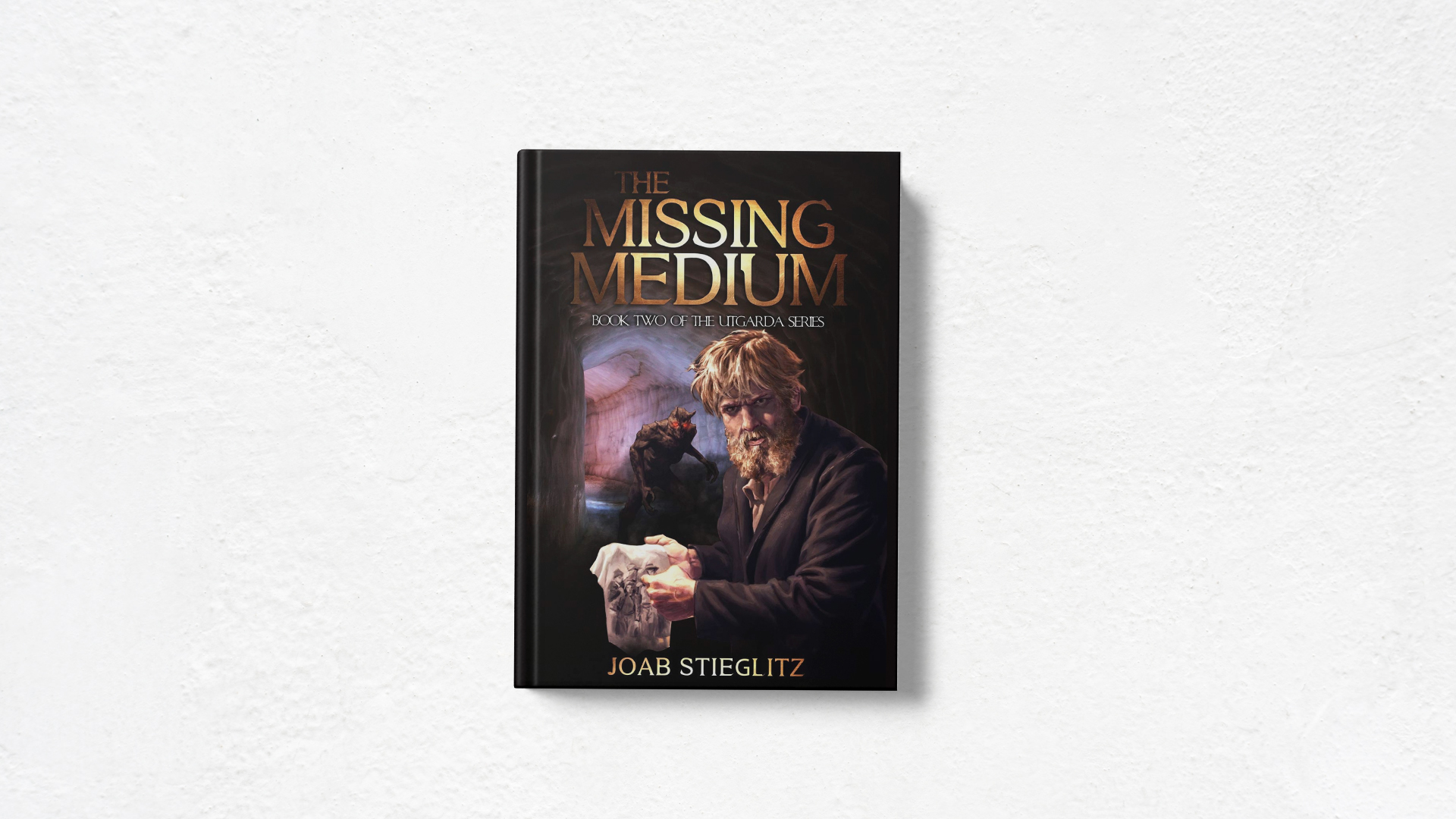 The Missing Medium by Joab Stieglitz is the second installment of the Utgarda Trilogy.

Joab Stieglitz is one of the modern writers whose works are influenced by the late great Howard Philip Lovecraft. H.P. Lovecraft’s body of works is mostly pulp fantasy adventure. Although in his lifetime, he did not garner critical and commercial success, we are seeing a resurgence and increased fandom for his works and the likes. For fans of Lovecraftian literature, Joab Stieglitz’s two major book series will prove to be remarkable. In the past, we have featured the first book of The Utgarda Series, The Old Man’s Request. Today, we will feature the second book, The Missing Medium.

The Missing Medium by Joab Stieglitz is the second book from The Utgarda Series, the first trilogy that features the character of Anna Rykov. Rantings of a Wandering Mind first published the book in January 2017. It contains 226 and with Lee Pfenniger as the illustrator.
The Missing Medium picks up where the first book left (The Old Man’s Request). After the team got out of the mess from the first book’s events, Father Sean O’ Malley is summoned to Rome by his superiors. The aftermath of “The Longborough Affair” is not without consequences and has drawn several institutions’ curiosity. On the other side of the world, Doctor Harry Lamb accompanies Anthropologist Anna Rykov to New York to see the spirit medium. The medium might have some answers for them. Unknown to the two protagonists, the one they are seeking is no ordinary medium.

The Missing Medium takes us to the streets of New York circa 1920s, with merchant mobsters and gangsters flooding every alley and street corner. But that’s just half of the ruckus. Anna and Harry must also deal with cultists and monsters in their search for answers and the missing medium.

Joab Stieglitz’s The Missing Medium carries the same weight as the first books and features the same adrenaline rush. This time the chase and riot take place in the Big Apple. Featuring the same characters (Anna Rykov, Father O’ Malley, and Dr. Lamb) plus new and interesting ones, the second installment promises to be an exciting read.

The Missing Medium is a follow-up to the first book of The Utgarda Series, The Old Man’s Request (July 2016). In The Old Man’s Request, we are introduced to the three main protagonists featured in the trilogy. Here, Anthropologist Anna Rykov, Doctor Harry Lamb, and Father Sean O’ Malley meet Jason Longbottom, a trustee of Reister University who enlists their help. Longbottom recounts his story to them. Fifty years ago, he and four other students immersed themselves in the occult and successfully unleashed an evil presence in the world. With the four other now dead and he himself dying, Longbottom wants to undo what they have done and asks the three to help save the world from this evil force.

The third book of The Utgarda Series is The Other Realm, originally released in June 2017. The final installment of the series features the three heroes finally discovering Brian Teplow’s location. Rykov, Lamb, and Father O’Malley then travel to a secluded asylum.. But before they could secure him, anthropologist Anna Rykov must travel to the land of Teplow’s imagination to get to him. Rykov is surprised to find an entirely different world (unlike what was described in Teplow’s imagination). The Other Realm is the final chapter of The Utgarda series but is not the end of Anna Rykov’s adventures. The third book in the first series leads to a new journey- The Thule Trilogy.

Joab Stieglitz is from Warren, New Jersey but currently lives in Alexandria, Virginia. Stieglitz works as an application consultant for a software company. Besides that, he also has expertise as a software trainer, network engineer, project manager, and technical writer. Stieglitz is very much into science fiction and the world of gaming. He is passionate about RPG games like Savage Worlds, Mars, Deadlands, Agents of Oblivion, Call of Cthulhu, Pathfinder, Lamentations of Princess, GUMSHOE. These and his love of H.P. Lovecraft’s works have influenced Joab Stieglitz to write pulp fantasy adventure books. Aside from pulp adventure books, Joab Stieglitz has two major works under his name-the Thule Trilogy and the Utgarda series, of which The Missing Medium is a part.