Book Feature: The Bald Eagle Who Wanted to Fly the American Flag by Attilio Guardo 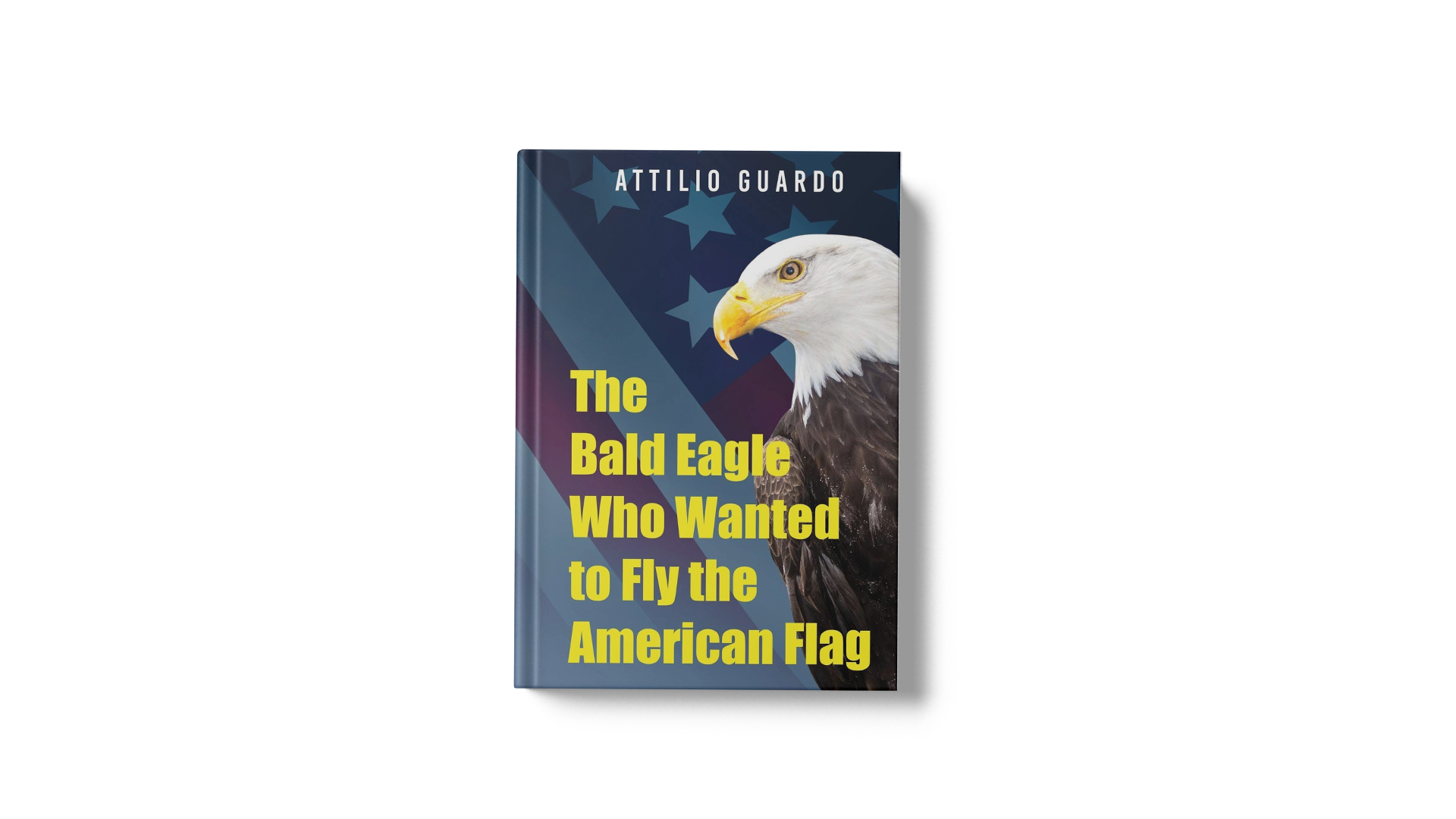 ReadersMagnet presents The Bald Eagle Who Wanted to Fly the American Flag by Attilo Guardo.

Representation and symbolism are very common in children’s literature. Fairy tales represent characters ( Alice in Wonderland and Cinderella), characters in fables represent specific values or attitudes (The Ant and the Grasshopper, The Turtle and the Hare,etc.), and at times display certain idealism (Charlotte’s Web, The Little Prince). Children’s books introduce young readers to the real world through fiction and imagination. Nonetheless, each narrative carries a lesson, a reminder, and inspiration. Most of these lessons are basic such as honesty, kindness, humility, diligence, and obedience. However, modern children’s books have evolved and the themes they carry cover more mature ideas and concepts. One idea is the love of the country. Today, ReadersMagnet features a children’s book that represents the idea of patriotism. Let us take a closer look at the book The Bald Eagle Who Wanted to Fly the American Flag by Attilio Guardo.

Attilio Guardo is known for his children’s books featuring animal characters The Puppy Without a Tail and Stubby and the Squirrel Community. In 2010, Guardo published one of his early works, The Bald Eagle Who Wanted to Fly the American Flag. But unlike his other works, this one dealt with the idea of patriotism or love of country. The story features a baby bald eagle who dreams of one day flying the American flag over Washington, D.C. The American flag is the symbol of the United States of America and Washington, D.C. is the country’s capital. The young bald eagle is inspired by the proud heritage of his nation and is determined to make his dream a reality despite several odds standing in his way. For one, he must travel from his hometown in California all the way to Washington. Second, like a young eagle, he may have to deal with other birds that are not so friendly. And third, like a young eagle, it will require time, strength, and wisdom in order to navigate his way above the skies. Nonetheless, the eagle set out to fly and follow his dream.

Attilio Guardo’s The Bald Eagle Who Wanted to Fly the American Flag represents several symbolisms, both clear and subtle. It is a children’s book that invites young readers to appreciate American heritage and culture. It also educates them about the importance of courage, determination, and love of one’s nation. By instilling these ideas into young minds, Guardo provides a remarkable contribution to the promotion of patriotism and the American nation.

To know more about Attilio Guardo and his works, you can grab copies of his books, or visit his website today!

Attilio Guardo is from Brooklyn, New York. He was raised in Hartford, Connecticut. He is an author and an artist. His love for art and literature blossomed when he was still a young kid. Guardo produced a short novel entitled “Three Ways” when he was only nine years old. He also did short a short play. But before becoming a full-time writer, Guardo attended the University of Hartford where he earned his Bachelor of Science in General Business Management. Just like many young men during his time, Guardo also joined the U.S. Army. However, it did not take long for him to get back in civilian life and pursued a career in the accounting and management profession. It was in his adult years that Attilio Guardo decided to dedicate more time to his art. Inspired by some of his grandchildren, he decided to revisit his old manuscripts and published his own children’s stories. Most of the works that Attilio Guardo published are books with animal characters and values. Guardo has also published novels including The Other Side of Love, A Special Time in the Creek, Halloween at Clear Creek, and The Miracle of Wendy Whimple.