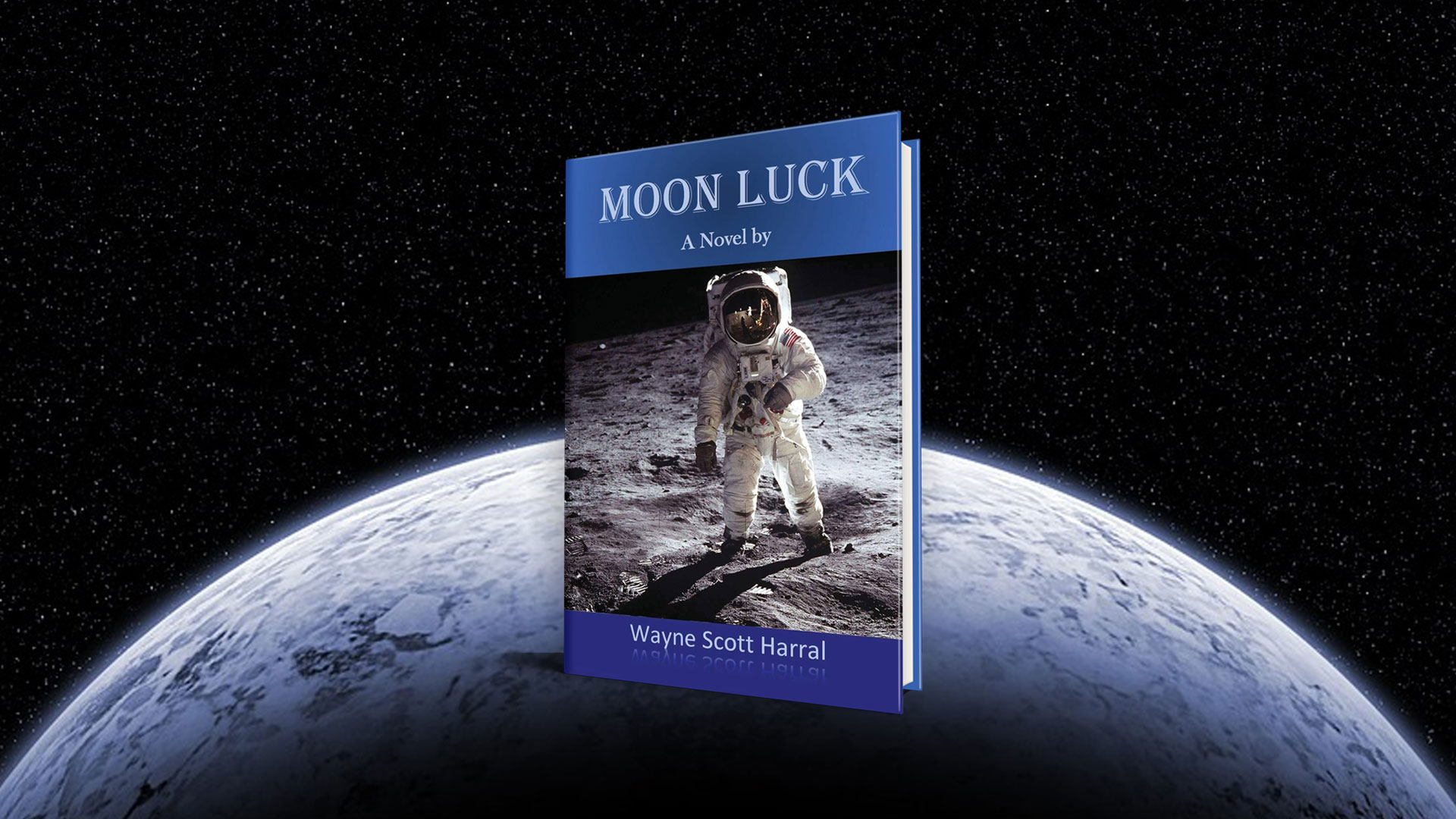 For as long as humans have gazed at the night sky, the moon always have a hold on our imagination. Humans have long imagined the kinds of creatures or peoples that might live in the moon. And it was only in 1969 when the first man landed on the moon. Since then, a numerous spacecrafts went to the moon and studied this celestial neighbor. Exploration of the moon has taught us much about the evolution of the solar system and ourselves. Now, after decades of exploration, many are wondering if the moon is habitable. Well, Wayne Scott Harral presents such idea in his debut science fiction novel, Moon Luck. Today, we’re going to dissect this wonderful and awe-inspiring book.

Published in 2020, Wayne Scott Harral’s Moon Luck puts forth the possibility of living on the Moon. He wrote, “By 2039, the novelty of living on the Moon will diminish, and the normality of life, as we find it here on Earth, will make its way to the Moon.” Moon Luck tells a unique storyline that you would not normally find in science fiction novels: a murder-mystery in space. Moon Luck is a story of astronaut scientists and explorers whose goals are to develop, explore, and discover. But their mission took a turn when a member die unnaturally. Now, they struggle to find the malefactor.

It is likely that in the coming decades there will be one or more active stations permanently located on the moon. And it is inevitable that a human life will be taken by another while people are living in these moon colonies. Will we be prepared for the first time it happens?

MOON LUCK is the story of 30 astronauts living on the moon for extended periods. It is also the story of the astronaut-scientists and astronaut-explorers as they grow plants on the moon, explore and find mineral ores, carry out experiments and research, and develop animosities as well as close relationships. When one of the base’s senior members dies in what appears to be an accident, the story follows the trail to discover the actual perpetrator, leaving us with the question:

Is it murder if it happens on the moon? (book description)

Moon Luck has always a knack about space and living in the moon, but he only grew interest in writing about when a close friend and coworker of his wrote a novel that lack depth and detail. He wished his friend would describe the beauty of Tuscany, Italy in detail and accurately. He thought to himself that if he were to write a book, he would do what his colleague lacked. So today, Wayne is proud to publish his work Moon Luck and hopes the best for its success. This book was welcomed with warm embraces from its readers and received amazing reviews. Moon Luck is one-of-a-kind book that you won’t regret reading.

The author was a Coast Guard officer, private pilot, engineer, constructor of infrastructure, and author. He holds a BS, MS, and MBA in Civil Engineering. He also made a career of providing construction management services mostly in the rail industry throughout the U.S. He was thankful for the opportunity of working in Qatar and Middle East for an eye-opener experience. He enjoys traveling and have visited more than 40 countries; his favorite is the Italian Alps which he visits every year. His adventures opened his eyes to the varied culture and lifestyle each country offers. Wayne Scott Harral enjoys keeping an active lifestyle. His hobbies include martial arts, flying, wine making, and as mentioned, travelling.