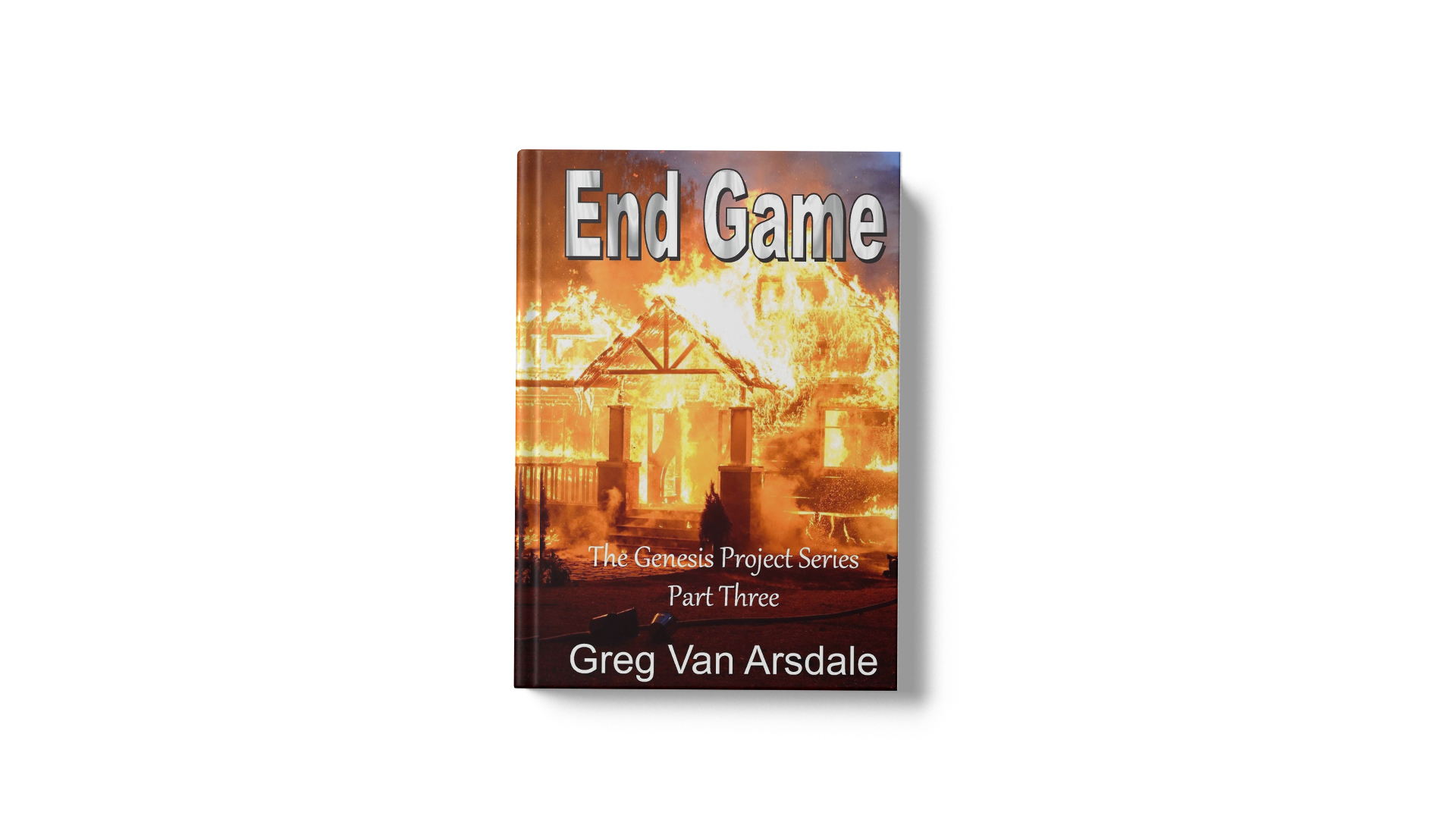 End Game by Arsdale is the third installment of The Genesis Project Series. He published this book in March 2017 and was formerly known as The Sacrifice before renaming this installment. This book series has four books in total. The two titles prior to this book are The Stranger and New Beginnings and the last book is entitled The Final Day.

This is an action thriller that won’t let readers down with its action-packed storyline. This book brings a more thrilling and exciting story about the Genesis Machine.

This part three of the book series still follows the main character’s struggles from the previous books, John Neumann. This continues the story left off from the last book. John was again back to the virtual world that he created to help the sick. A virtual world that will transfer the consciousness of these sickly people. And once again, he is in desperate trouble. He has made a connection with the Genesis Machine from Doc Lazlow’s lab and Logan’s Special Force Unit is surrounding the place. He has a plan though. For his plan to work, he must evade them the five days it takes to assimilate his ethereal and DNA data by the Genesis Machine.

John must remain alive. If he dies, Logan inherits the Genesis Machine and Lokitus will have control over his empire. Luckily for him, people are in constant vigilance in the real world’s Genesis lab. These people helped him escape. However, it is still uncertain as to when John can remain alive when many are trying to kill him. And also, each violent electrical assault is weakening his body sapping the energy of his soul. The future may be bleak but there is still hope.

In this installment of the book, John faces countless encounters from meeting militant groups out to depose Logan to an all-out war that erupted between the group and Logan’s army. This will take readers into a roller coaster ride of suspense, thriller, and action.

Greg Van Arsdale was born in Denton, Texas. He later moved to South Florida in 1972. With his physics scholarship, he attended Samford University and graduated with honors. In 1981, he joined the Navy and was recruited to teach nuclear physics and other courses at Naval Nuclear Power School. He rose in ranks quickly that the highest position he was in the Navy was Lieutenant Commander before resigning. He was a training manager and then senior project manager for Florida Power and Light along with his ministerial responsibilities.

And in 1983, Van Arsdale began his writing career where he wrote several books before turning to editing the works of others. He has written wide-ranging books from non-fiction Beyond Mere Belief to fiction, suspense, mystery, and action thrillers The Genesis Project Series, The Priestly Murders and so much more.

In 2003, editing became his full-time job. He continues writing even in between handling clients in editing. He has over 35 years of literary knowledge which he learned from college, seminars, and instructor-led courses. Van Arsdale has more than 30 years of working experience in the editing of various genres both in fiction and non-fiction books. He is a freelancer and works in the comfort of his home. He is passionate about his editing career. He believes that all authors must have their own voice and style and that instead of hammering into a particular way of writing, an author must adapt to his own. His goal as a professional editor is simply not just about returning a well-edited manuscript but also to help authors become better writers.