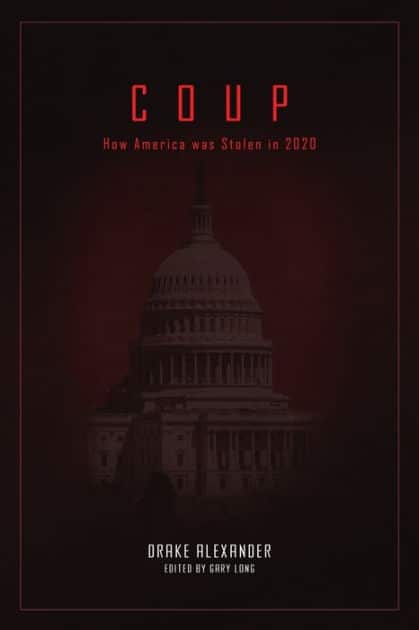 The then-president Donald Trump claimed that the 2020 election was rigged, and the book Coup by Drake Alexander managed to provide evidence backing this up.

“It’s not who votes that counts. It’s who counts the votes.” – Joseph V. Stalin

Regarding elections, the population is typically divided between the Republican Party and the Democratic Party. Voters would naturally see this as a tough battle for governmental positions between both parties. However, elections can be ominous. Rather than Republican versus Democratic, it can be authority versus people, the administration versus its citizens.

Elections happen for people to choose the candidates they deem perfect for governing a country and helping its development. This event is crucial for every nation. Hence, its integrity must be protected. But there always seems to be a recurring issue every election.

The Complication Every Election

Anyone at and over the age of 18 years old has the right to vote. This right can’t be denied or reduced by the nation. However, in today’s society, age isn’t the only factor limiting a person’s suffrage. Various issues continue to limit and obstruct this right for people. These include forced voter suppression, racially-motivated suppression, and voting manipulations. Numerous actions have been executed to significantly influence the elections’ results for a particular party’s advantage.

Such unlawful initiatives are collectively referred to as Election Fraud. This manifests through various means and exists to manipulate the vote count for the benefit of specific candidates. It’s an illegal interference of people’s rights, tainting a nation’s democratic system. Election fraud is undeniably unacceptable. It’s a prevalent problem that needs to be recognized and prevented.

A Rising Against Election Fraud

The most recent alleged manifestation of election fraud is the 2020 national election. Presidential candidate Donald Trump firmly called out the irregularities in the vote count. This resulted from the latter’s so-called conspiracy theory about massive voter fraud due to the resurgence of the mail-in voting system. With his large following, this theory was soon believed by many.

Drake Alexander also believed that the 2020 election was stolen. However, it wasn’t stolen from Donald Trump but the people. What was supposed to be an ethical event for the people to practice their rights was rumored to be the grounds for election manipulation.

As a licensed attorney, author Drake Alexander has a sharp eye for illegalities. On top of his impressive profession, he also has completed studies on constitutional, criminal, and contractual law. With his background and expertise, Drake has written books, created documentaries, and regularly hosts podcasts about political, cultural, and conspiracy topics. His interest in the fascinating underworld of conspiracies pulled him to investigate the 2020 elections and Trump’s conspiracy theory.

This is the integral point in the book Coup by Drake Alexander. Centering around the national election, Drake reveals what he believes is a demonstration of election fraud during the period. This book aims to prove this through a collection of evidence of illegalities he gathered surrounding the said election. The book’s main objective is recognizing and addressing unlawful manipulation, the first step to solving the election fraud problem.

Readers can expect to read a thorough examination of the state-by-state irregularities and unlawful activities. All of these are carried out solely to trick the public from their votes.

How were these activities not discovered, one might ask?

Actually, they were. Drake revealed that behind these acts were influential people who took charge in hiding their activities and refusing investigation. But his book identifies these culprits, their methods, and the possible reasons behind their actions. Coup exposes every obstruction of justice from this period.

If you want to join this coup, you may learn more from Drake Alexander’s website: https://www.coup.exposed/. To buy his book, you may directly purchase it from Amazon.