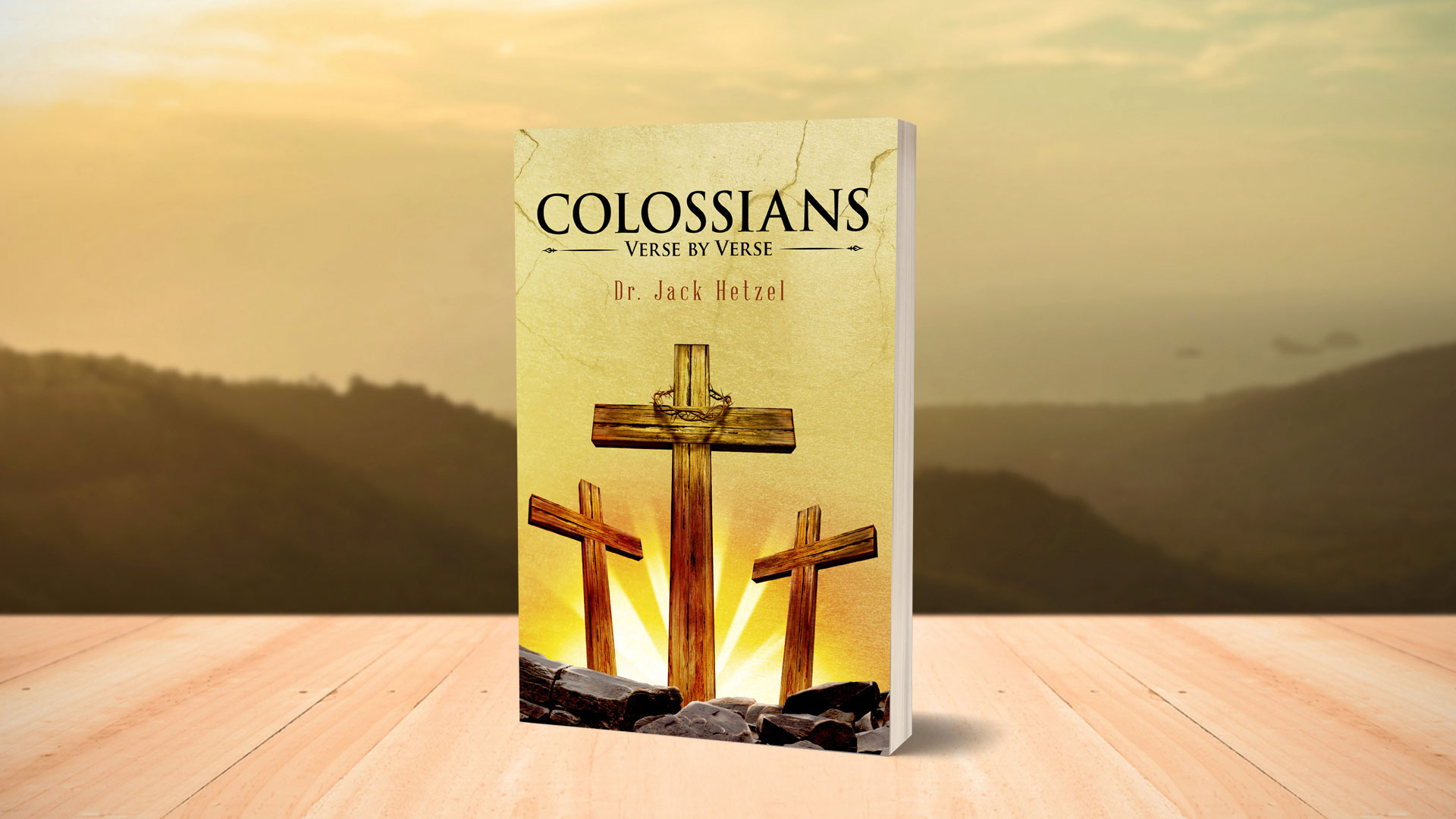 The Epistle to the Colossians, simply known as Colossians, is one of the most popular texts of the Bible’s New Testament, aside from the four major Gospels. It was written by Paul the Apostle and Timothy and is addressed to the Church in Colossae, a small city in Asia Minor. It is said that Paul wrote the text in his 50s while he was in prison. Colossians contains significant messages that are relevant to modern followers of Christ. Today, we will feature a book that examines and puts the ancient letter into a modern context- Colossians Verse by Dr.Jack Hetzel.

Jack Hetzel’s take on one of the popular books in the Bible is a beautiful reminder to modern Christians about our faith and our Church.

Colossians: Verse by Verse is a 2021 Scriptural guidebook written by Dr. Jack Hetzel. As the title suggests, the book focuses on the 12th book in the Bible’s New Testament and comprehensively dissects the message for modern Christians and the Church. In this groundbreaking work, Dr. Hetzel, a minister from a faithful Christian family, hopes to share his insights on the texts written by Paul the Apostle and how we can apply these scriptures to better perform our roles as Christians, not only to our Church but to society.

Colossians: Verse by Verse is written so modern readers can comprehensively absorb the message from this ancient text.

“Not that I am smarter than the reader, but perhaps placing what knowledge I have of the Bible after sixty-eight years in the ministry, which I consider to be the Word of God, and that the only way to true faith is to believe what is written and to help people see themselves as God sees them.”

Dr. Jack Hetzel hopes that modern Christians and readers will embrace the message of Paul many centuries ago that we should live godly lives and never turn away from Jesus Christ. By dissecting the words of Paul and Timothy verse by verse, Dr. Hetzel provides a fuller understanding of every significant subject mentioned in this fantastic letter. Dr, Hetzel shares his personal insights on every subject note on each subject. The meeting of the ancient text and the modern interpretation by an experienced minister and servant of the Church will hopefully ingrain powerful concepts and ideas into young readers, both Christians and non-Christians.

You can purchase Dr. Jack Hetzel’s Colossians: Verse by Verse via Amazon and Barnes&Noble or you can also visit his website today for more updates and information.

Dr. Jack Hetzel was born in West Monroe, Louisiana. His mother is a devout Christian, and his Reverend father is known as a church planter of several churches in Louisiana, Texas, Mississippi, and Arkansas. Jack served in the US Army Air Corps, another three years in the US Air Force, and spent fourteen years in the US Army. He fought in five major battles in Europe and the Vietnam War. He finally retired from military service as a Sergeant First Class. Hetzel also taught Military Science at the A&M University of Texas.