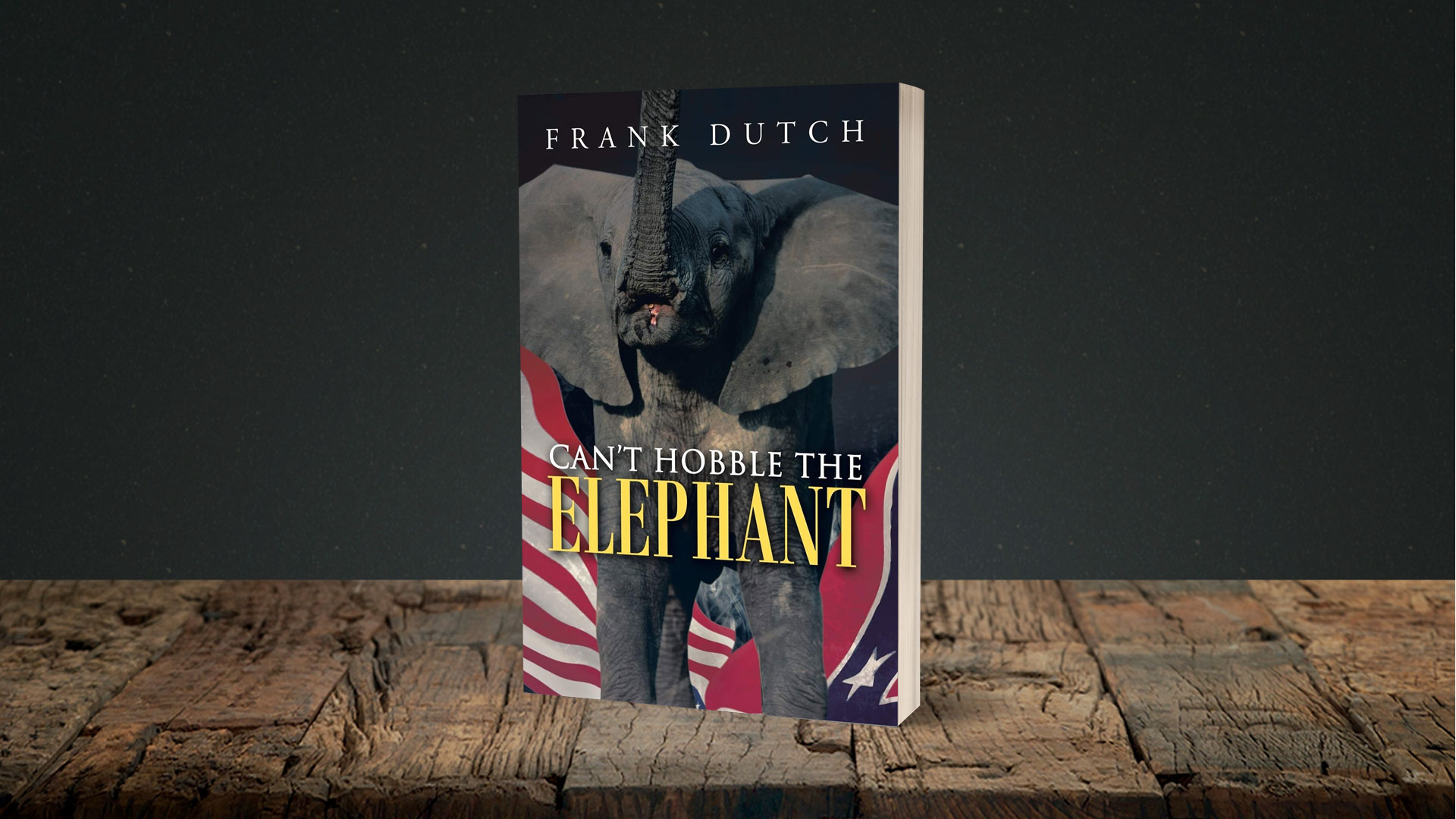 Can’t Hobble The Elephant by Francis J. Dutch is a riveting Western fiction set during the end of Civil War .

The American Civil War is one of the darkest chapters of the country’s rich history. Thousands died, and many suffered and lost their families. The brutal war also revealed humanity’s worst. The five-year armed conflict was highlighted by violence, betrayal, prejudice, greed, indifference, and murder. And yet, it also showcased some of our most exemplary traits- compassion, solidarity, loyalty, dignity, sacrifice, faith, hope, and love. Today, we will feature a novel set after the Civil War, yet its narrative is shaped by its ghosts and horrors.

Can’t Hobble The Elephant is a Western fiction that tells the story of one man’s dark past and how he keeps running away from it.

Can’t Hobble The Elephant by Francis J. Dutch is a Western fiction novel published in 2013 (Abbott Press). The 262-page saga tells the story of a young man named Josh O’ Donnell. Despite the war being over, O’ Donnell is on the run from the Union army, the same side he loyally served during the war. Evading capture, he finds a job on a West Texas ranch. His fellow riders often wonder where the young man from Philadelphia learned to ride and shoot so well.

Just as O’ Donnell’s life seems to be going well for him, the ghost of war and the sins of the past continue to haunt him. During a cattle drive, Josh and the rest of the New Jerusalem ranch boys find themselves in Sugar Tap, Texas. A bloodletting takes both friend and foe. Sugar Tap’s sheriff haunts the young cowboy, forcing him to go on the run again.

Josh O’ Donnell reaches New Mexico and found shelter and love. Angel, a beautiful young woman, is Josh’s first real sweetheart. Angel’s family also embraced the young and treated him as their own. But peace and happiness did not last long, as yet again, Josh’s horrible past caught up with him, and those he learned to call his family suffered an unimaginable fate. Josh O’ Donnell vows retribution. Eventually, he reveals his wartime escapades and the fateful incident that caused the Union army to want to hang him. Josh goes back to Sugar Tap, knowing what awaits him there. Will Josh O’ Donnell be able to hobble the elephant?

There have been countless Western fiction set during or after the Civil War, but Frank Dutch’s Can’t Hobble The Elephant contains elements fans will surely adore.

The book is a rich blend of humor, history, romance, grit, drama, and violence. Readers will admire certain characters in the book, especially Josh O’ Donnell’s main protagonist. Many Western fiction books have been set during similar periods, but Dutch’s narrative is quite refreshing and well-woven. Readers will particularly enjoy O’ Donnell’s journey from one place to another and how he managed to endear the people he met along the way.

Francis J. Dutch (Frank Dutch) was raised in Philadelphia. During the Korean War, Francis served in Germany in army intelligence. Dutch completed a series of progressive night school instruction, ending with an MBA. He used to work as a manager of corporate planning in a manufacturing company but has since retired.

You can purchase Francis Dutch’s Can’t Hobble The Elephant through Amazon and Barnes&Noble. You can also visit his official author’s website to know more about his work.