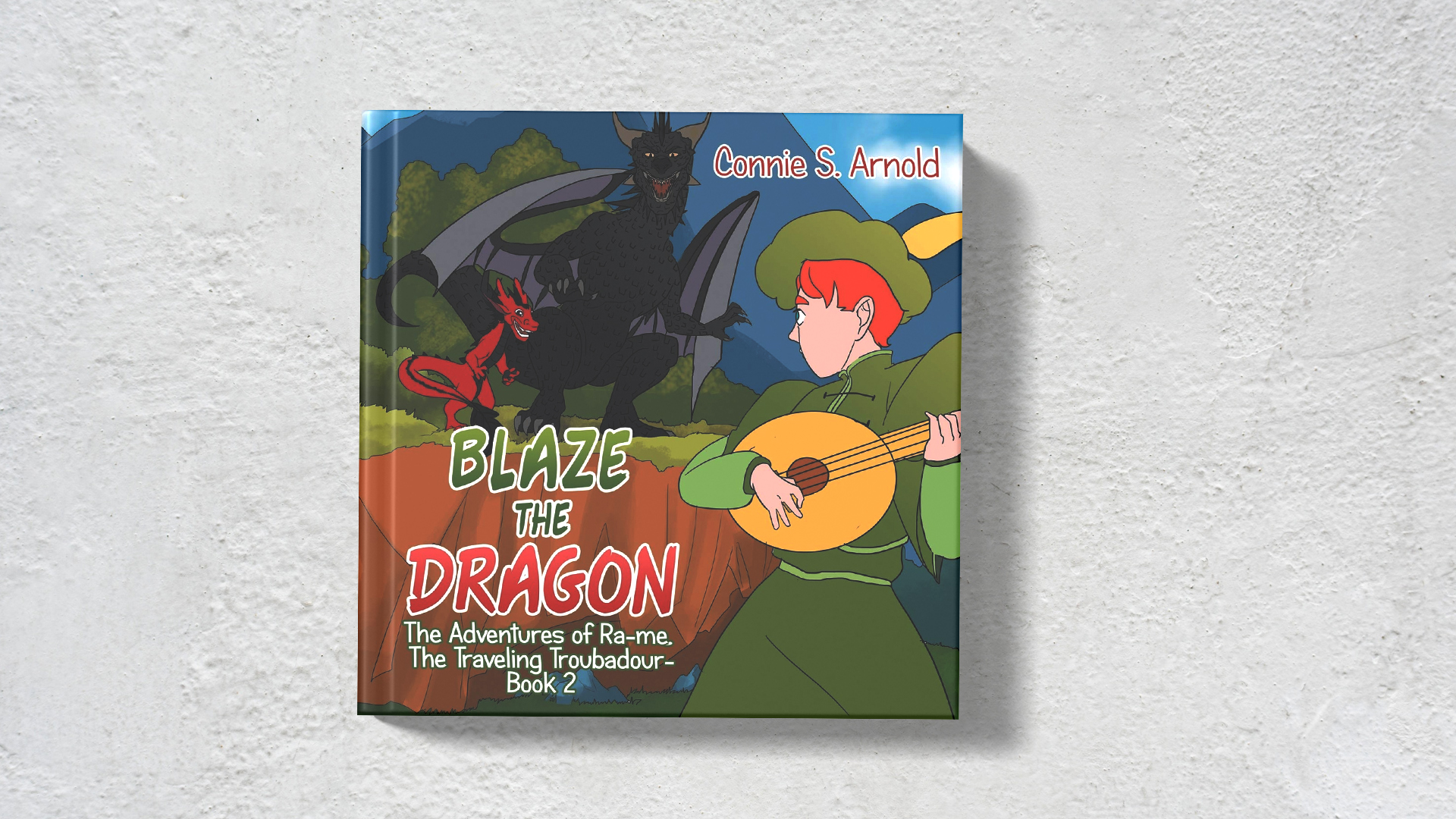 Arnold’s book Blaze the Dragon is the second book from the Traveling Troubadour trilogy.

The Adventures of Ra-Me the Traveling Troubadour is a series of children’s books written by Connie S. Arnold. It begins with The Patchwork Princess, followed by Blaze the Dragon. The latest installment in the trilogy is the book Mudcat the Pirate. The main protagonist of these stories is a young musician named Ra-Me who roams from place to place searching for adventures. His only weapons are his musical instruments. Since working on these books in 2018, Connie Arnold and her works have come a long way. Her works have gained critical success and positive reviews from a number of children’s books literary circles. Today, ReadersMagnet takes a closer look at Arnold’s book Blaze the Dragon, the second book from the series.

Blaze the Dragon, the Adventures of Ra-Me the Traveling Troubadour

Following the events in the first book (The Patchwork Princess), Ra-Me heads on to another great adventure. After successfully saving the life of the princess from the fierce dragon and the black knight using his songs and musical instruments, Ra-Me gains popularity. In this second book, Ra-me is invited to sing and play in a dragon village. They are celebrating the coming-of-age of Blaze the Dragon. Each dragon in the village goes through a rite of passage when they turn twelve years old. However, the celebration goes awry when Blaze losses his ability to breathe fire. For dragons, breathing fire is the one thing that they must be able to do. Panic sets in the village as each dragon takes turns in making Blaze breathe fire. Their efforts were all in vain. The dragon leader turns to Ra-Me and asks him to play a song that will ease Blaze’s anxiety and make him breathe fire. The chief of dragons, Inferno is pushing Ra-me to do whatever he can so that Blaze can pass the rite of passage and become a true dragon. With the help of his instruments, Ra-Me begins to compose a song with magic and help Blaze breathe fire.

To know more about Connie S. Arnold and her works, you can buy copies of her book, or visit her website today.

Connie S. Arnold lives on a farm in Tennessee with her husband, a few black cows, a chocolate Lab, a Lhasa Poo and five ponds filled with thousands of fish. The Traveling Troubadour trilogy is among her latest and most popular works. She is also the author of the novel Dangerous Legacy: The Second Son.