Book Feature: A Thread of Hope by Jacqui DeLorenzo 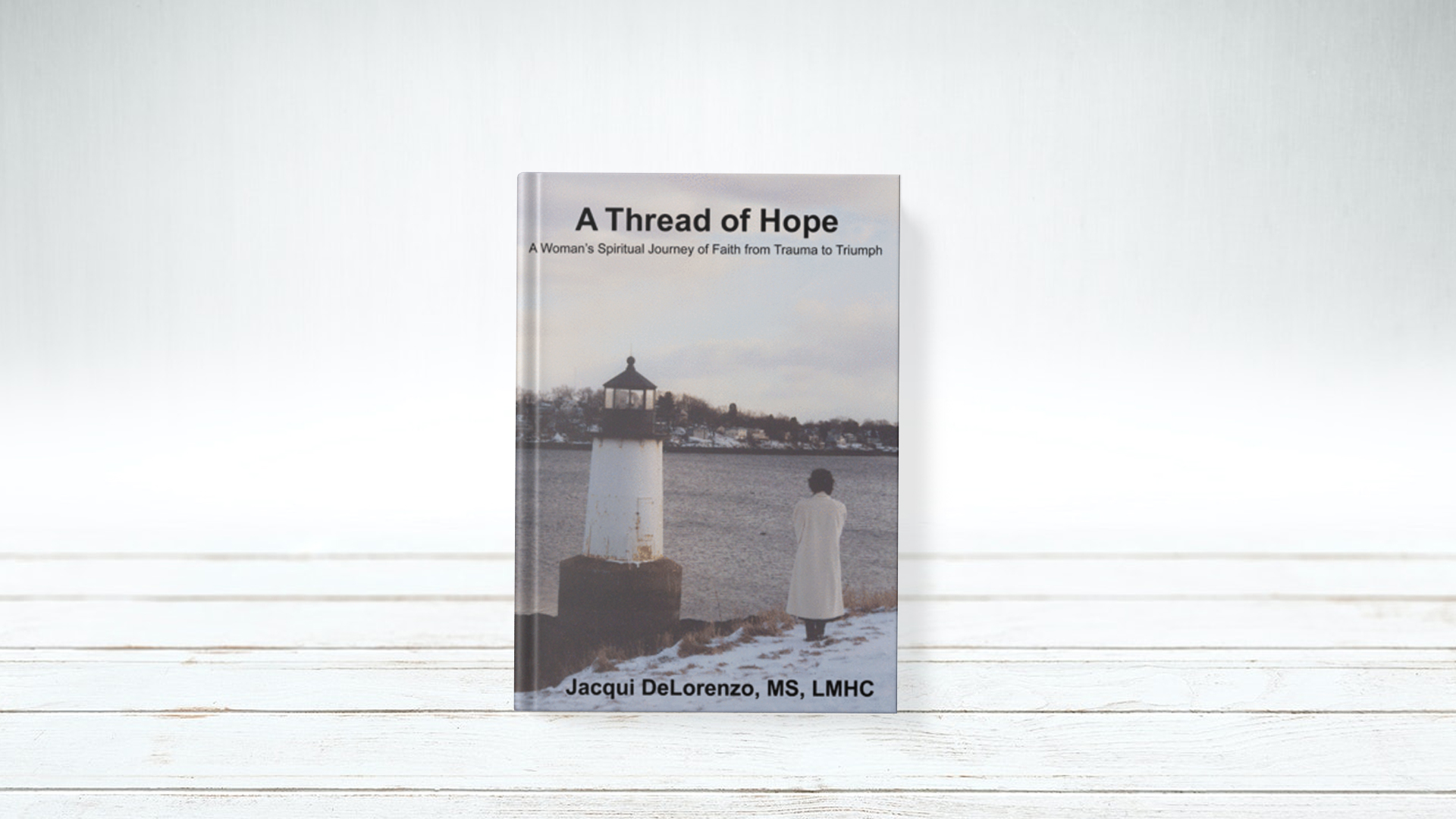 A Thread of Hope: A Woman’s Journey of Faith from Trauma to Triumph is the first book by Jacqui DeLorenzo.

Jacqui DeLorenzo is among the inspirational authors we have featured recently in ReadersMagnet. Her other work Straight from My Heart has been featured here in Author’s Lounge a month ago. As a person who has a lot of encounters with overcoming adversity, both personal and from the people, she’s worked with, DeLorenzo writes with such honesty and passion. Her narratives speak of life’s harshness as well as its many truths. Jacqui DeLorenzo inspires readers to endure, accept, and above all, persevere. The stories she has weaved in Straight from My Heart are from real people, most of them hospice patients and caregivers. Today, ReadersMagnet takes a look at her other work A Thread of Hope: A Women’s Journey to Faith from Trauma to Triumph.

A Thread of Hope by Jacqui DeLorenzo

A Thread of Hope is the first book by Jacqui DeLorenzo. It was published in 2007; five years before she released her second book Straight from My heart. While Straight from My Heart focused on her journey with other people and their respective losses and grief, Jacqui’s A Thread of Hope is a more of personal work. In this book, Jacqui tells her very own story, starting with her rough childhood, the broken family, the death of her teenage brother to her own personal challenges into adulthood. Jacqui was diagnosed with cancer and she survived it. She also battles an eating disorder that left her depressed and almost at the brink of giving up on life.

“While other kids enjoyed the social aspects of the school in the 1960s, Jacqui DeLorenzo experienced the torment of bullying. From the moment she stepped onto the bus, walked through the schoolyard, and stepped into the classroom, lunchroom, and even her own neighborhood, she was a target. Unfortunately, Jacqui’s adulthood proved to be as challenging as her adolescence and childhood but her unwavering faith always sustained her.

A Thread of Hope chronicles Jacqui’s journey through her parents’ devastating breakup, the death of her thirteen-year-old brother, her own struggle to survive cancer, and her battle with an eating disorder. From the depths of depression, Jacqui has worked to completely accept the person she’s become, always leaving room for growth. Jacqui’s belief in the miracle of God’s love guided her to improved self-worth and the realization that she could accomplish anything.

She continues to grow daily and appreciates all that life has to offer, especially the love of her family and friends, her health, and most of all, her personal relationship with Jesus Christ. Jacqui’s inspiring memoir, A Thread of Hope, will touch your heart and give you hope for the future.” (excerpt from book description)

Jacqui DeLorenzo served as an academic counselor at North Shore Community College. She recently gave up her position to pursue other endeavors. She continues to help students as a part-time worker at North Shore Community College consistent with her passion to guide students in reaching their goals. Jacqui DeLorenzo reaffirms her mission to help young people achieve healthy self-esteem and find success in whatever they do in life. Aside from being an author, Jacqui DeLorenzo is a licensed mental health counselor through the Commonwealth of Massachusetts.