Blessed and Highly Favored: Memoirs of a Multiple Felon by Theo Harris 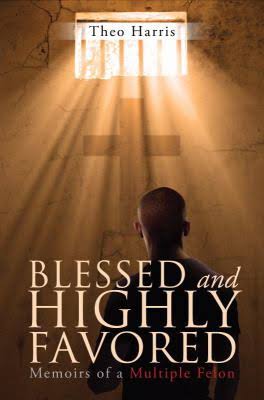 Blessed and Highly Favored is a memoir by Theo Harris. Published in December 2012, it narrates the Harris’ entanglement with substance abuse. In his book, Harris tells with vividness how he encountered the drugs and led him to spiral down into a life of incarceration. Theo Harris went in and out of prison multiple times during the course of 40 years.

Theo Harris’ autobiography takes the readers through the rough neighborhood of Harlem, to various drug dens, numerous penitentiaries, and various homes. Harris takes us to his evolution of substance abuse and the many characters he met along the way. The details might show us that his struggles are very much real and in a way represents a large number of Americans battling substance abuse.


Finally and perhaps the most important aspect of Theo Harris literary work is finding redemption. While we realize that Theo lost a lot of good things during his slow descent to a life of crime, we also get a glimpse of the man he was-musician, performer, and husband to his wife, Phyllis. Another highlight of the book is Theo’s efforts to redeem himself with the help of his family and his faith. His work on prison reform and the Master of Professional Studies degree from New York Theological Seminary which he earned at various stages of his imprisonment.

While the book ends with a bittersweet reality as Theo Harris began his 8-year sentence towards the end part of the book, Blessed and Highly Favored is nonetheless, an inspiring read through and through. The adversities and how Theo Harris was able to deal with each one of them shows his character. That despite his being a seven-time felon, he was able to display perseverance and grit until the very end. ReadersMagnet recommends this book not only to those wanting to redeem themselves but also for families and friends and loved ones who suffer and struggle just the same.

Theo Harris holds a BA in Liberal Arts from Syracuse University and an MA in American Studies from the University of Buffalo. He was imprisoned 7 times during the course of 40 years. In between sentences, he earned a master’s degree in a theological seminary. He also devoted a lot of prison reform work on cooperation with the Hudson River Presbytery in Scarborough, New York. He is also a musical performer and has enjoyed relative success as a musician.

You can check Theo Harris’ book at https://www.bookdepository.com/Blessed-Highly-Favored-Theo-Harris/9781621471868. He is also ReadersMagnet Authors’ Lounge Author of the Week.