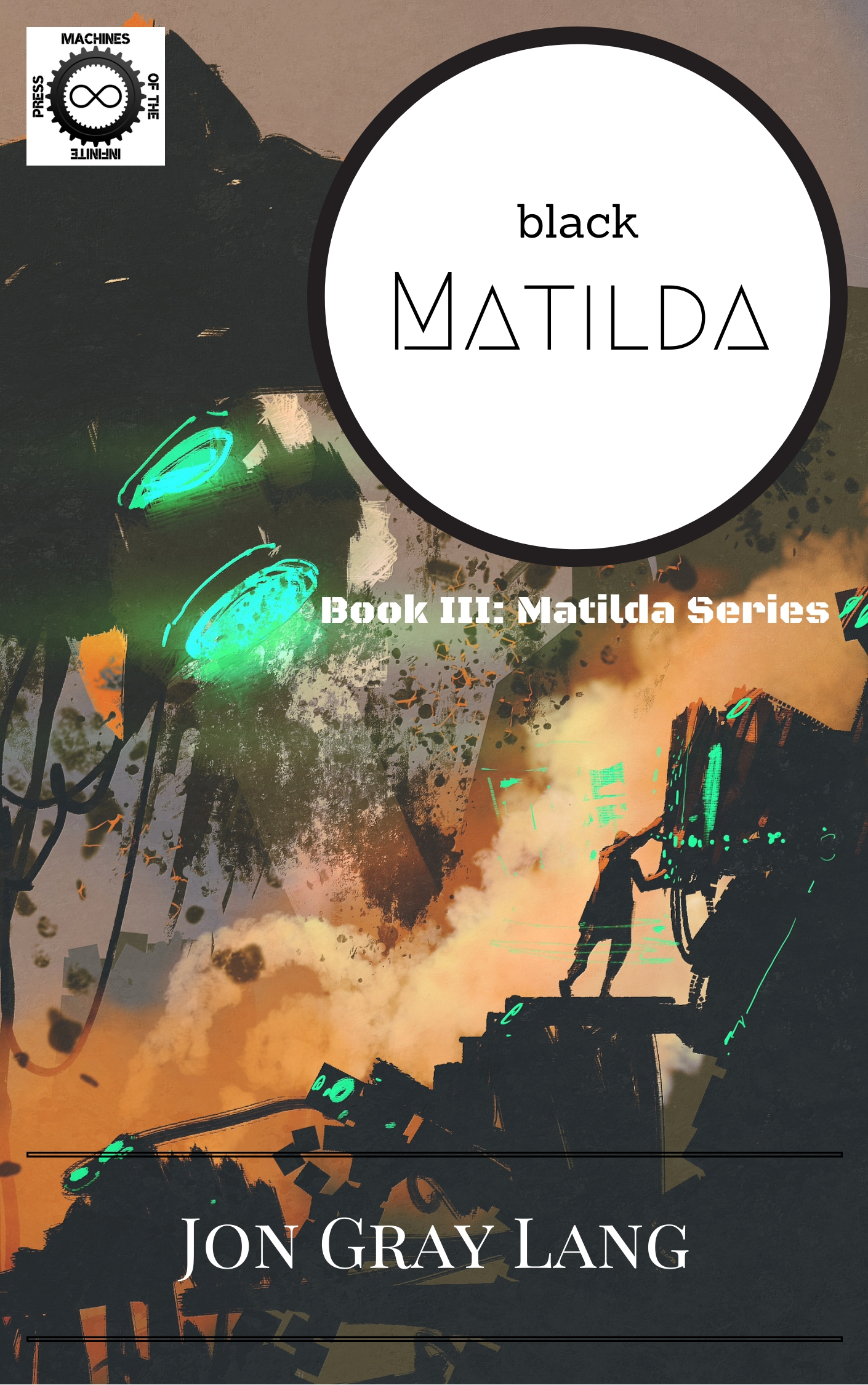 Far off into the future in a distant part of the galaxy, the Consortium controls the human colonies held together by the wormhole jump gates.  Where the Consortium doesn’t hold sway, crime flourishes.  Using a hellish engine that goes where no one should, the crew of the Matilda slips its way between the two.  But nothing has gone smoothly since they broke one of their own off a prison ship.  Chased by shadowy government agencies they end up in league with a dangerous crime lord.  All the while, monstrosities from an unknown layer of the universe are dead set to break into ours.

A lot has happened since the crew of the Matilda rescued Anton Roane and brought on board the genetically engineered soldier, Galena Chadov.  After narrowly escaping death at the hands of interdimensional monsters, they successfully crushed an attempt by government agents to capture them.  At the same time, they rescued their engineer, Barnabus de Lagnel from pirates hired by emissaries from his home world.

Now their cyborg deep space pilot, Luli Qing has been abducted and could be anywhere in known space.  As the crew’s pasts come back to haunt them, can Captain Jacquotte Delahaye keep her crew of misfits together?  Will she still want to?

Where Did Black Matilda Come From?

At the end of Twistin’ Matilda, the crew of the Matilda was left in dire straits.  The past raised its ugly head and torn the crew apart.  Luli Qing was gone and no one why or where.  The only thing holding them together was finding and rescuing her. I had to tell that story.  Did Jacquotte want to keep them together if they rescued Luli?  Were the others willing to come together for her benefit?  Can a group of disparate people learn to trust each other again as the galaxy falls apart around them?  Can they be a family?  Even as the author, I had to know.

I mean, the Matilda Series is kind of a love letter from me to science fiction as a whole.  It is brimming with bits and pieces of what has continually attracted me to the genre.  The initial idea was something I had been working on for close to a decade as a television show.  That plan never quite panned out and the entire narrative kept nagging at me and wouldn’t leave me alone.

Writing a novel had been on my docket for a long time, but I hadn’t had the gumption to get up and do it.  A friend told me about her novel writing experience, and I was sold.  Why wait any longer?  Now was the time to do it and I had the perfect story at my fingertips.  I set to it with gusto.  That stand-alone book turned into a duology, then a trilogy.  Now the story will complete as a quadrilogy!  The third book, Black Matilda was just released in December of 2020 and I have the next one set for release later this year.  It’s been a wild ride!

Born on the other side of the world in the wondrous land of Oz, I have since settled just shy of the Rocky Mountains.  Along my life’s journey, I’ve written a handful of screenplays, shot and directed a few films, and even thrown my hat into the acting ring.  I’m pretty handy with a sword, not too shabby on a pair of skis and I can bang out a tune on the ukulele.  With such an odd set of skills, writing books seems the perfect fit!  I bit the bullet back in 2014 and released the Matilda in 2018.  And I haven’t looked back.

Where Can I Be Found?

The first three books in the Matilda Series,The Matilda, Twistin’ Matilda, and Black Matilda, as well as my other works, are available on Amazon in print and on kindle..

I blog about my writing, editing, and the occasional pie-making exploits on JonGrayLang.com

What’s in Store for the Future?

I am shoulder deep into the editing process for the fourth book in the series, Secret Matilda.  It is set to be released in late 2021.  The fifth and final book is currently about halfway written. But that’s not all.  While the adventures of the Matilda will complete in the fifth book, I have plans for a compilation of short stories that swirl around the before, during, and after the main story arc.  So, strap yourself in!  There is still plenty of adventure coming your way!

Thanks to you for taking the time to read about my science fiction series with a little bit about myself sprinkled in.  A huge shout out to Reader’s Magnet for the opportunity to write this article for the Author’s Lounge.  See you in the future!