Author of the Week | Orville Mann 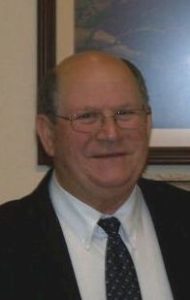 Orville Mann is the author of the book The Adventures of George Lee -A Race against Time. He grew up in Kent Indiana where he attended grade school.

He attended the GBS College in Cincinnati, Ohio. He also received a bachelor’s degree from Lael College and Graduate School in St. Mary, Missouri. Orville Mann spent most of his life as a pastor in various areas.

Before he dedicated his life to his calling, Orville served as a member of the Indian National Guard in 1957 for 12 years. After successfully attending the Indian Military Academy, Orville was commissioned as a Second Lieutenant in 1965. Despite being promoted to First Lieutenant, Orville Mann resigned from his commission and decided to answer the call into the Christian ministry. In 1969, he was released from the commission.

Orville Man is married to Nena Mann and they have two children. He currently lives in Milton, Kentucky.

The Adventures of George Lee – A Race against Time is an action packed thriller about a team of military soldiers and civilians trying to build a counter weapon against a machine designed to target and destroy the United States. The team is headed by First Lieutenant George Lee and his love interest Laura.

Orville Mann offers his readers a detailed scenes of his narrative. Having served many years as a Second Lieutenant himself, he was able to tell the story with certain clarity and authority. The Adventures of George Lee is a fast-paced read with constant conflict and threat until the end. The characters and the plot are quiet convincing. Orville is a natural storyteller and that is enough for us to feature him as our Author of the Week.