Author of the Week | Mark Carp 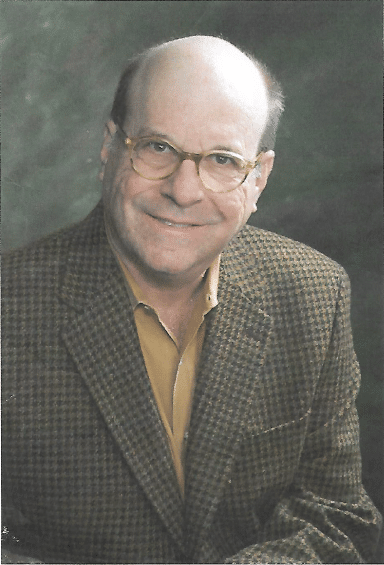 Mark Carp is the author of The Columnist and The Conformist and the Misfit, two novellas, his latest book. He has also written six novels: Mr. Show Business, Segalvitz, Abraham: The Last Jew, The Extraordinary Times of Ordinary People, The End of Hell, and Naomi’s “American” Family. In addition, Mr. Carp has written
Cain, Abel and the Family Cohen, a fictional memoir. Mr. Carp lives in Baltimore, Maryland, and holds a BS degree from the University of Maryland and an MS degree from The Johns Hopkins University.

WHO IS THE FICTION WRITER?
By Mark Carp

Is he the jazz artist, an ultimate improviser? Is he the composer, a Gershwin, a Tchaikovsky, a Beethoven, capable of mesmerizing an audience, note by note, and phrase by phrase?

The writer, after all, is a dreamer, living vicariously through his characters. Like the composers and jazz improvisers, he takes his people from a sheet of paper and makes them breathe. His characters are like us, seldom perfect, running a race with life, sometimes achieving, other times not.

But the writer wants to know if his characters and plots are good enough. He will soon hear the readers’ reactions while simultaneously feeling the critics’ scalpel.
Then why does he do this and take a chance that his marathon of words will never be popular, only to collect dust on a store shelf or in a warehouse?
He does so because he’s an artist whose words are his music. The writer
wants to make his words sing, his plots climb mountains, his character so human that the reader says scornfully, “I know that SOB.”

Ultimately, his writing is the unsurpassed labor of love. It must be, because writing can be a form of self-torture as he writes, reads, re-reads, edits, re-edits

Scratches out to start again, only to realize what he has scratched out was what he wanted to say initially.

It is also a form of self-examination. Are his plots real and characters credible? They must be to achieve his credibility.

After thinking this through, he is ready to sit and write.

Who is his main character? It’s coming to him: He is tall, gaunt, serious, mistrustful and a lady’s man when he wants to be. He has some endearing qualities that attract people to him. Yet he prefers to keep people at a distance because he’s been hurt too often by individuals whom he has trusted.

He begins the story: The alarm clock rings. Its 5 A.M. John Avery groggily arises. He checks his iPhone to see if there is any significant pre-market trading in his stocks. There is none. “Should I sell now and take my profits, or ride with the
market?” he asks himself. “I think I’m in, but will I be right?”
He showers, shaves, and begins to dress. He puts on a cloud-colored white shirt and a new suit, a handsome grey with subtle light-blue pin stripes. He checks his tie collection. Then he knots a blue and white one with a design that has evoked such responses as, “Hey, man, that’s a sharp tie. Where did you get it?” and “Who picks out your neck wear?”

He goes into the kitchen and makes himself breakfast: A toasted English muffin with apple jelly, and a mixture of a banana with berries, topped with some

Whip cream. He makes himself coffee and quickly consumes his food, while scanning stories and headlines of the Wall Street Journal.

He leaves his condominium unit and, as he walks to the waiting Uber, he calls Kathy Kline, his significant other.

“What are our plans for the weekend?” he asks.

“There is a cozy Italian restaurant in Murray Hill that people at the museum are raving about. Let’s try it.”

“There is an off-Broadway show I’d like to see.” “What’s that about?”

“The emotional struggles of Ernest Hemingway.” “Has it been reviewed?”

As John is about to leave the Uber, he tells Kathy, “I’ll call you later.” “I love you,” she says.

On the way to his office, he begins to think of her: Kathy’s creamy-white complexion, the way she wears her hair, and her gorgeous body she maintains with continuous exercise. “Should I ask her to marry?” he asks himself

He begins to weigh his options as he is about to enter the elevator. He thinks to himself, “I love being with her, our conversations are wonderful as is our impossibly
feverish lovemaking. Then he muses about some of their conversations where they speak endlessly, often disagreeing, but each respecting the other’s opinion. As John is about to enter the office, he is still thinking about her. Then he asks himself, “Is she thinking
about me?” He answers, “I hope so.” He’s now in the office and ready for a staff
meeting.

I’ve read what I’ve written and ask myself, “Am I making the type of music I’m hoping for? I think so,” I answer, “but time will tell.

A book is like a symphony with multiple movements, and they must build on one another while keeping the reader in a state of wonderment, anticipating the finale.