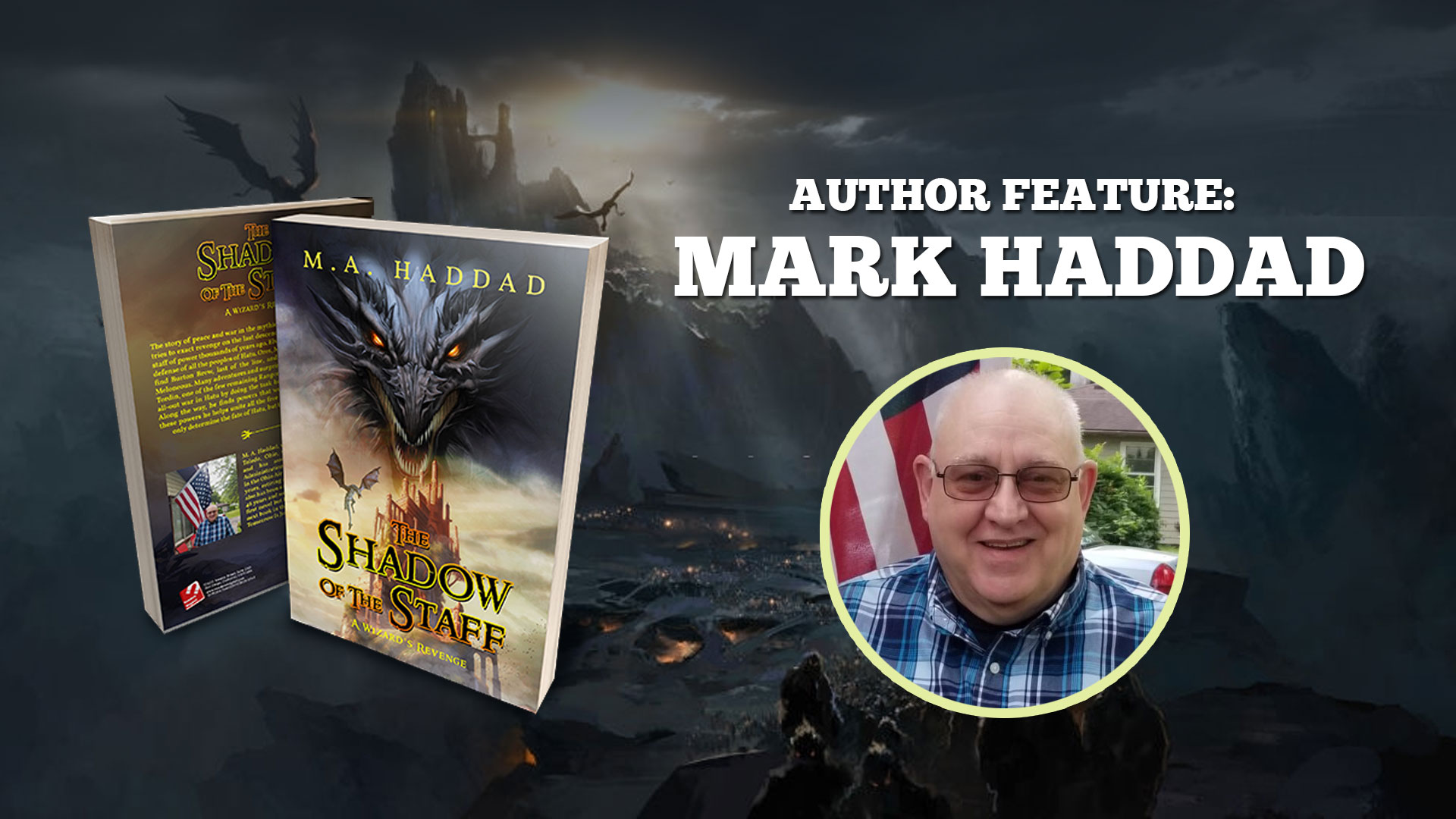 Mark Haddad is the author of the medieval fantasy book The Shadow of the Staff.

Mark Haddad is from Toledo, Ohio. After finishing high school, Mark worked several jobs until he enlisted in the Ohio Air National Guard. Mark served traditional status and later became a full-time employee. He was considered Active Duty for the United States Air Force. Haddad joined the Official Auxiliary of the United States Air Force, Civil Air Patrol as a teenager. Haddad made a career for himself and was the recipient of several awards and commendations. Mark Haddad co-founded the State of Ohio’s Non-Commissioned Officer Preparatory Course. Haddad is still an active member of the Auxillary and has been in the program for over 48 years. As a Senior Member, Haddad wears the rank of Major.

Apart from being a serviceman and a writer, Mark Haddad is also a musician. He does disc jockeying at parties and wedding receptions. He is also an avid collector of coins, stamps, and autographed pictures of television and movie stars. Haddad loves model building and painting small metal figures based on several novels and movies. When not busy with his writing and hobbies, Mark serves as a volunteer in several locally-based community programs, including the Red Cross.

The Shadow of the Staff: A Wizard’s Revenge

After his career that spanned almost 25 years of national service, Mark Haddad retired and decided to embark on a writing career. Passionate about writing and entertaining his readers, Mark writes medieval fantasy books. He began his literary journey with a fantasy book series.

The first book is entitled The Shadow of the Staff: A Wizard’s Revenge, first published in 2011. The Shadow of the Staff is a fantasy novel set in the mythical continent of Hatu. The background story goes back thousands of years ago, in the Beginning Times when Hatu was settled by dwarves, elves, men, wizards, orcs, and trolls. Under the dark wizard Porttia, an Evil army threatened the inhabitants of Hatu but was defeated by the Great King, MasterMilton Brew. Porttia’s Great Staff of Power was unmade by the Great King. Every five hundred years, descendants of those who fought against Porttia and the Elves of Fallquint, commemorate that event.

Fast forward, we are introduced to Master Burton Brew, a Myopian and the last Brew descendant to have carried the Great Staff of Power. Master Burton prefers a peaceable and comfortable life. Journeying to the festivities, Burton and his mentor Tordin discover ominous signs of marauding Orcs. In Fallquint, they also learned that an army had overrun the Dwarf homeland of Rolling Hills. It seems that new power has arisen and again threatens Hatu. After many centuries, the time has come once again for elves, dwarves, and men to unite and face a common enemy. However, before they can do that, they must set aside petty differences between them over the centuries. This time the orcs and trolls are being led by the vengeful wizard Maloneaous.

Once again, a Burton has the chance to defend Hatu, but this time he is no king and is asked to carry a message from the Mindeloria, Elven king of Fallwuint, to the dwarf king of Doubblegate. A reluctant Burton would rather be gardening in Myopia. Armed with a magic sword called Warlight, Burton becomes a skilled fighter and develops powers of intuition that transform him. Finally, he comes to his senses and accepts his destiny. Burton’s powers are called upon defeat the enemy and once again save Hatu from impending doom. The Shadow of the Staff is a gateway to a remarkable fantasy journey like no other.

The second book, Tomorrow is Just a Day Away is expected to be out very soon. To know more about Mark Haddad and his stories, you can purchase a copy of his first book or visit his author website today.