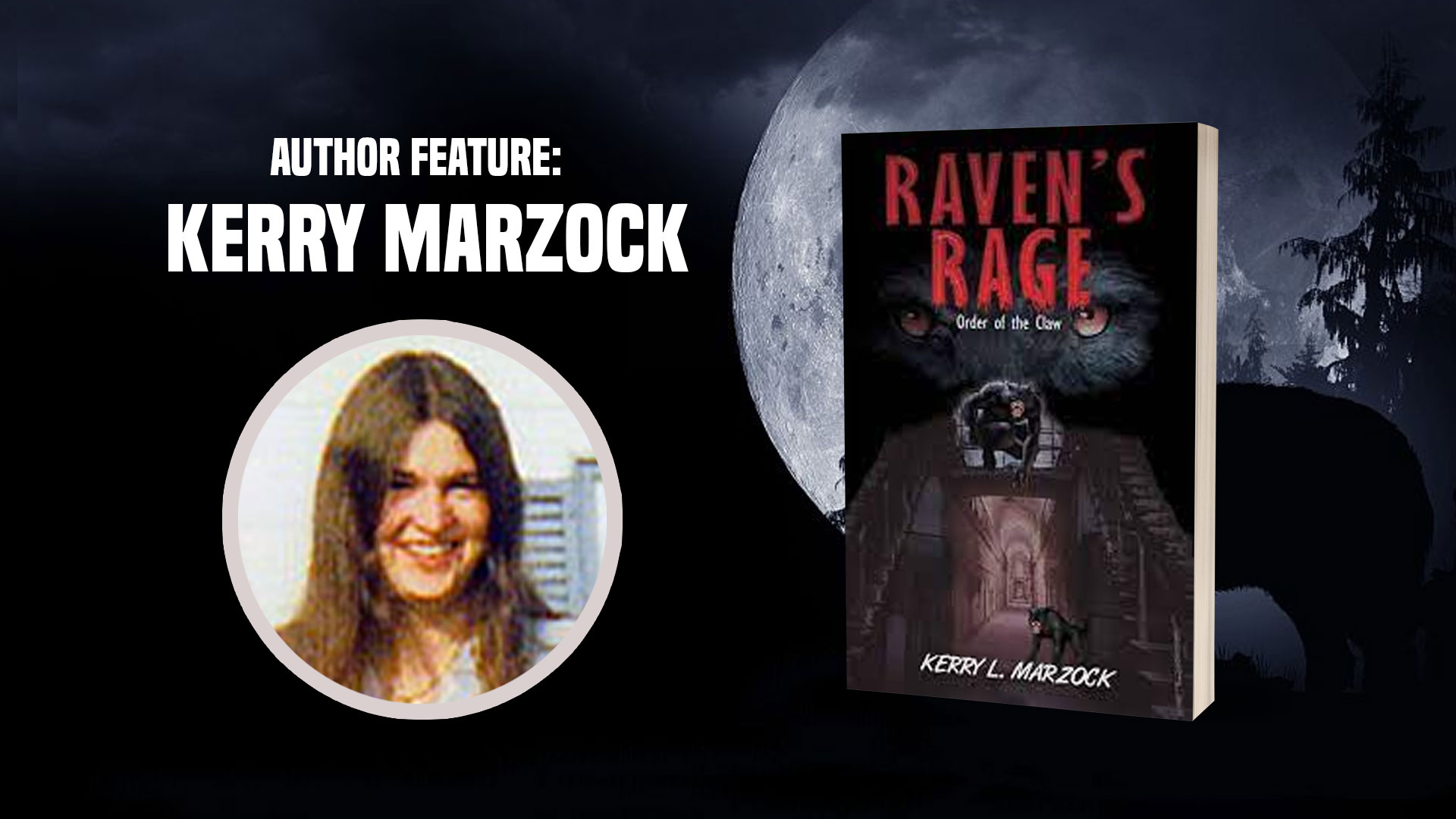 Raven’s Way is a highly original and unusual story first published in 2006. This book dives deep into the dangerous and murky world hiding in plain sight where creatures, believed to be myths, run amok, causing chaos in the city of Philadelphia. Behind this fascinating tale is a remarkable author, namely Kerry Marzock. And for today, ReadersMagnet will get to know more about this amazing woman and her work.

Kerry Marzock is a fiction writer, poet, and blogger. She was raised in Philadelphia and currently residing in the hilliest area of the city for the last forty-three years. She shared many wonderful years with her loving and supportive husband Richard and their beloved pets, Rain and Ming. She was a simple woman living a simple outside life but a big, mysterious, and adventurous inside life.

Who would have thought that the young girl would become the great author she is today? Not Kerry Marzock herself. As a child, she was far from being frightened watching Lon Chaney Jr. change from man to a wolfish beast—which is unlike a child’s behavior. Instead of fear, it sparked her desire to dream of becoming, evolving, and growing into somebody else or “something” mysterious that covets many people’s nightmares.

Reading provided an avenue to live her longing and desires, which developed into a writing habit. This yearning helped create an undying love of literature and the written word. Books became an instrument for knowledge, leading a pathway to worlds of kings and queens, heroes and villains, and warriors and monsters she never imagined visiting. At that point, one thing was apparent for Kerry; she wanted to write, still deeply enthralled with horror and speculative fiction.

She soon released her debut book A Sea of Emotion back in 2006, so sweetly poetic made up with a cup of happiness, tablespoons of love and sensuality, a teaspoon of pain, and a dash of darkness. Poetry became an instrument for releasing pent-up emotions and dreams that seemed to hover just beyond Kerry’s fingertips. Although she grew fond of poetry, writing fiction was her goal, to which she later embarked and successfully released Raven’s Way and more. She is currently working on her next big hit while keeping busy with her blog.

Kerry Marzock has a number of books under her belt, some of which are:

A Sea of Emotion

This book is filled with the poetry of cathartic feelings in forms of anger, desire, love, hate, need, and yearning. On every page is a short journey inside life.

The first book of the three-part series following Detective Kathleen Morello and mysterious Johnny Raven. This book explores the nightmare that comes when the sun gives way to the moon. Kathleen and Johnny embark on a journey of blood, death, fear, terror, and maybe love and passion. Experience the moon’s haunting caress as well as the monster’s bite with Raven’s Way.

This book is the first-ever science fiction, horror, and thriller novel by Kerry. This centers on detective Amelia Stephenson who was paired with Manuel Corroda to track down the suspect of the brutal slaying of innocent citizens in Tucson, Arizona. What they found was not what they hoped; it was a creature never seen before. Follow both protagonists as they wage war with an alien-like creature.

A sequel to the Raven’s Way, this second book follows yet again Johnny Raven. He intends to exact revenge on the creatures that changed and devastated his life. In this installment, the story takes a deeper dive into the realm of the city’s rulers of the night and their blood lust.