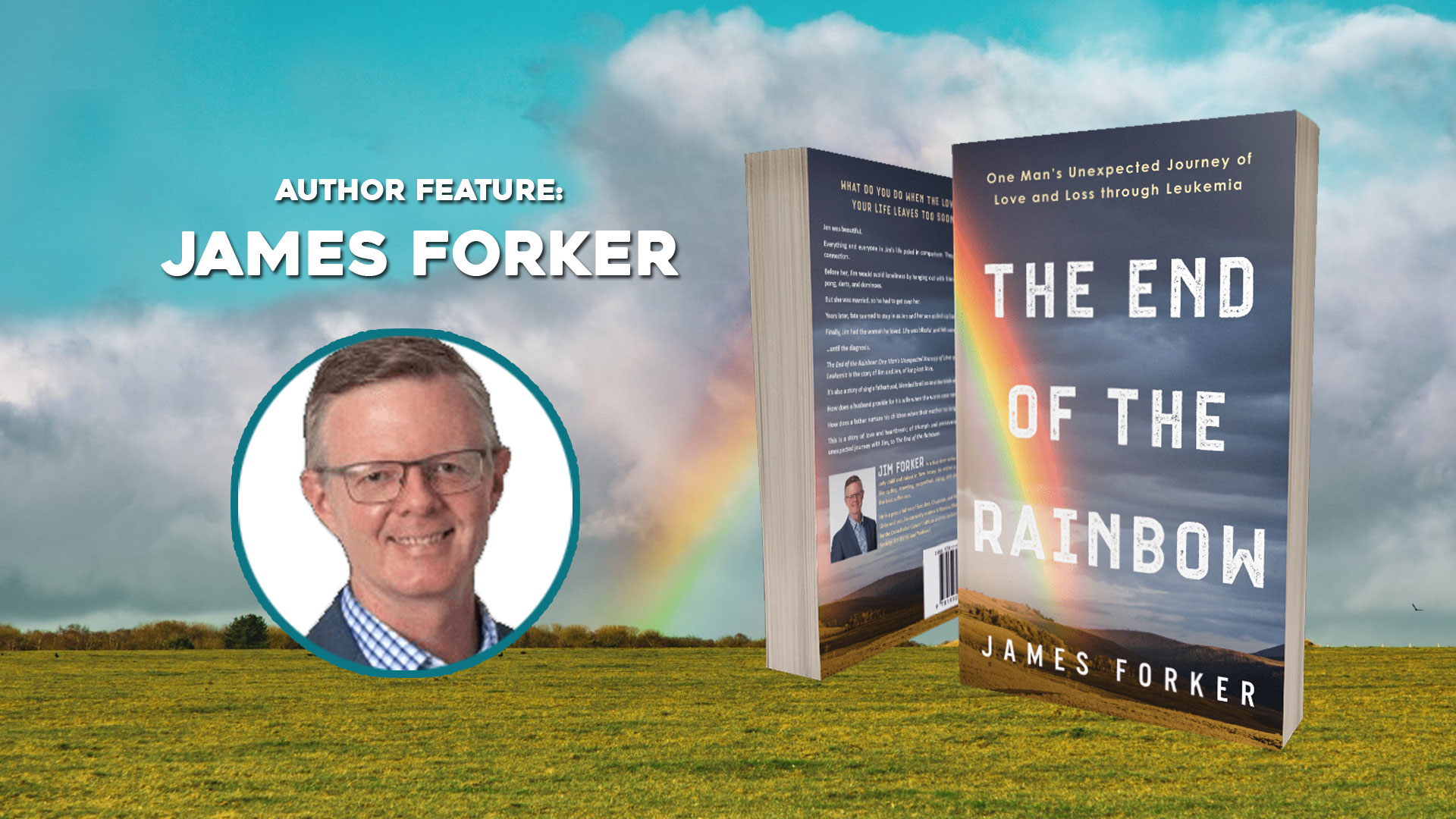 James Forker is the author of the memoir, The End of the Rainbow, a touching story of a husband and a dying wife.

James “Jim” Forker is a first-time author who captured our hearts with his loving memoir about his late wife, Jen, who battled cancer and passed away last October 22, 2018. A native of Rochester, MA, Jen worked as a nurse at Tabor Academy Health Center and was well-loved by the community. In his book, The End of the Rainbow, is a story of a husband and a dying wife and the love they kept them strong through and through. Today, we will take a glimpse of the life and story of the author behind this heartwarming book.

James Forker lived a lonely life until he met Jen, his future wife and the future mother of her children.

James “Jim” Forker was born the only child and spent most of his childhood in New Jersey. As a young adult, his world revolved around his activities and sports. He spent most of his days being lonely, drinking, and playing beer pong with friends. In June 1999, Jim landed his first job post-grad school. He was armed and ready with a master’s degree in counseling psychology. Jim had moved from Boston to East Providence, RI, prepared to save lives. It was the job that would forever change his life.

Jim can still remember the chance encounter in the mailroom where he would meet the love of his life for the first time.

Jen blew by him, cutting through the tiny room toward the front entrance. Jims said ‘hey,’ and she replied with a modest ‘hi’ that would make Jim believe in love at first sight.

However, there is one bit of a problem- Jen was married. So Jim tried to forget about the beautiful girl she met that day and opted to become her friend at work. While working the same shift, they became good friends and constantly hung out together until Jim switched roles and took a job as the first mental health clinician at the 6th district court in Providence, RI. It would be some time before Jim would be reunited with Jen, and this time they would be more than friends.

One day, Jim received a call from an old colleague that Jen and her husband had separated; Jim wasted no time and decided to pursue the girl of his dreams.

After the reunion, it would not take long for Jim and Jen to finally fall in love and build a family. Jim would welcome Jen’s son, Ben (Jen and Ross’s son), to his life. The couple also gave birth to two daughters, Charlotte and Nora. It was a happy and normal life for the family twelve years into their marriage. However, devastating news would alter their lives and throw them into perhaps the most significant challenge the family faced- Jen was diagnosed with Leukemia. Jen fought hard, and so did Jim, but eventually, Jen joined the Almighty on their anniversary, October 22, 2018. The book The End of the Rainbow is both a memoir and a celebration of Jim’s love for Jen and how he remained strong for their children.

Today, James spends most of his days raising his and Jen’s children- Ben, Charlotte, and Nora, plus two dogs, Libby and Leo. The family currently resides in Marion, Massachusetts. He continues fundraising for the Dana-Farber Cancer Institute and the Leukemia & Lymphoma Society.

When not busy with obligations, James spends his me-time on hobbies like cycling, traveling, playing racquetball, hiking, and always searching for the best cup of coffee. Jim is a big fan of Giants and Yankees.

You can purchase James Forker’s heartwarming memoir, The End of the Rainbow, via Amazon or visit his website for more details.