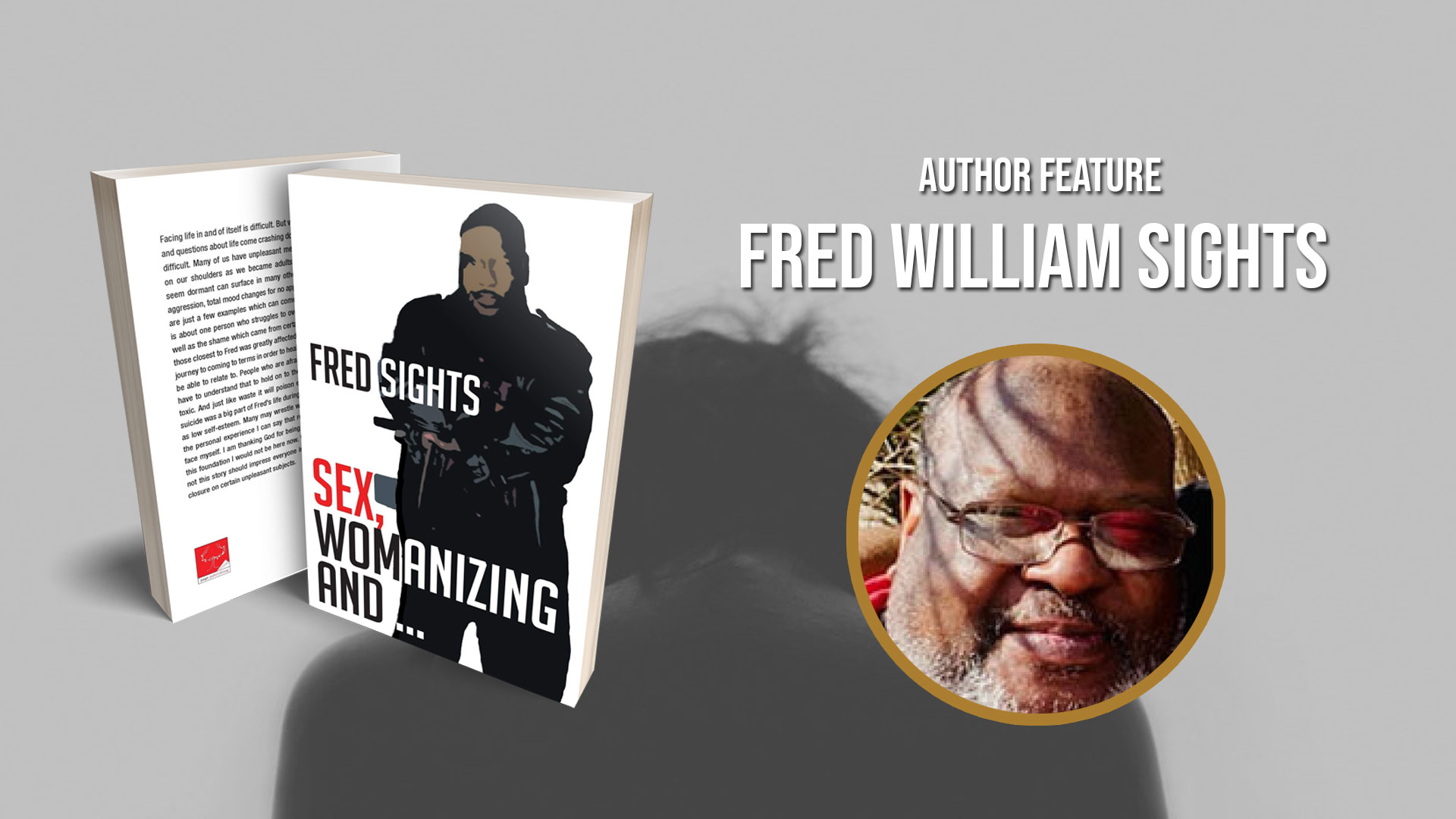 Fred William Sights is a musician and author of the biographical book Sex, Womanizing and … released in 2019.

Family and a Love for Music

“Out of the cradle, we come to encompass all life, to grasp its tender petals.”

Fred William Sights was born in Toledo, Ohio but did not grow up with his parents. Instead, he was adopted and raised by William and Helen Sights, his grandparents. They watched over the young Fred and nurtured him as their own son. While he was growing up, Fred developed an interest in both music and sports. He learned the necessary skills for music and sports until they became his passion. Fred joined talent contests and would win awards for both music and sports. Music would be forever in Fred’s DNA, and he would continue to make music in his adult years.

After graduating High School, Fred joined the military. He has always considered this decision as a milestone for him. On many occasions, Fred has declared that his time serving with the United States Air Force. It was also during this time that Fred met the love of his life. He married her, and together they would have four wonderful sons.

After his stint in the military, Fred went back to civilian life. His life journey would not be smooth and easy as he encountered several challenges, mostly personal trials. It would take 20 long years before Fred would share the detail in his biographical book.

Difficult Years and the Book

“Understanding as well as being willing to face my flaws truthfully brought some level of peace in my life.”

As an adult, Fred William Sights developed several issues and eventually habits that were further fueled by certain circumstances in his life. Fred has admitted that life was difficult for him, and he succumbed to anxiety, depression, and eventually, drug use. The many unpleasant and negative memories continued to haunt him and took a toll on him. He repressed his feelings and turned to worldly things like sex and womanizing to escape the issues that confronted him. This chapter of his life alienated Fred from his family, friends, and all things beautiful. It even came to a point when Fred thought of committing suicide. He continued to spiral down until he finally reached rock bottom. Eventually, Fred would realize the wrong things he has done and seek out God’s forgiveness. Many years later, Fred would find the strength and courage to tell his life story with others.

“Sex, Womanizing and … is about one person who struggles to overcome their inner conflicts as well as the shame which came from certain traumatic events. The life of those closest to Fred was greatly affected. Self-redemption and the long journey to coming to terms to heal is a story that everyone should be able to relate to. People who are afraid to speak on issues that hurt have to understand that to hold on to these bitter feelings will become toxic. And just like waste, it will poison everything around.”

In 2019, Fred William Sights published Sex, Womanizing, and …, his debut book. This fifty-six-page masterpiece is all about Fred William Sight’s biography, covering his childhood, interests, military service, family, and personal journey that included dark years of his past life. Fred writes his book with written with raw clarity and sincerity that readers can surely empathize with. In this book, he shares various emotions- his pain, doubt, regret, and anger. But, more importantly, what readers will encounter in this biography is a story of hope, self-forgiveness, faith, reflection, and self-redemption. His story reminds us that only through faith and God can we find true forgiveness and happiness.

You can purchase Fred William Sights’ book on Amazon and other books stores, or you can visit his website for more details and information.