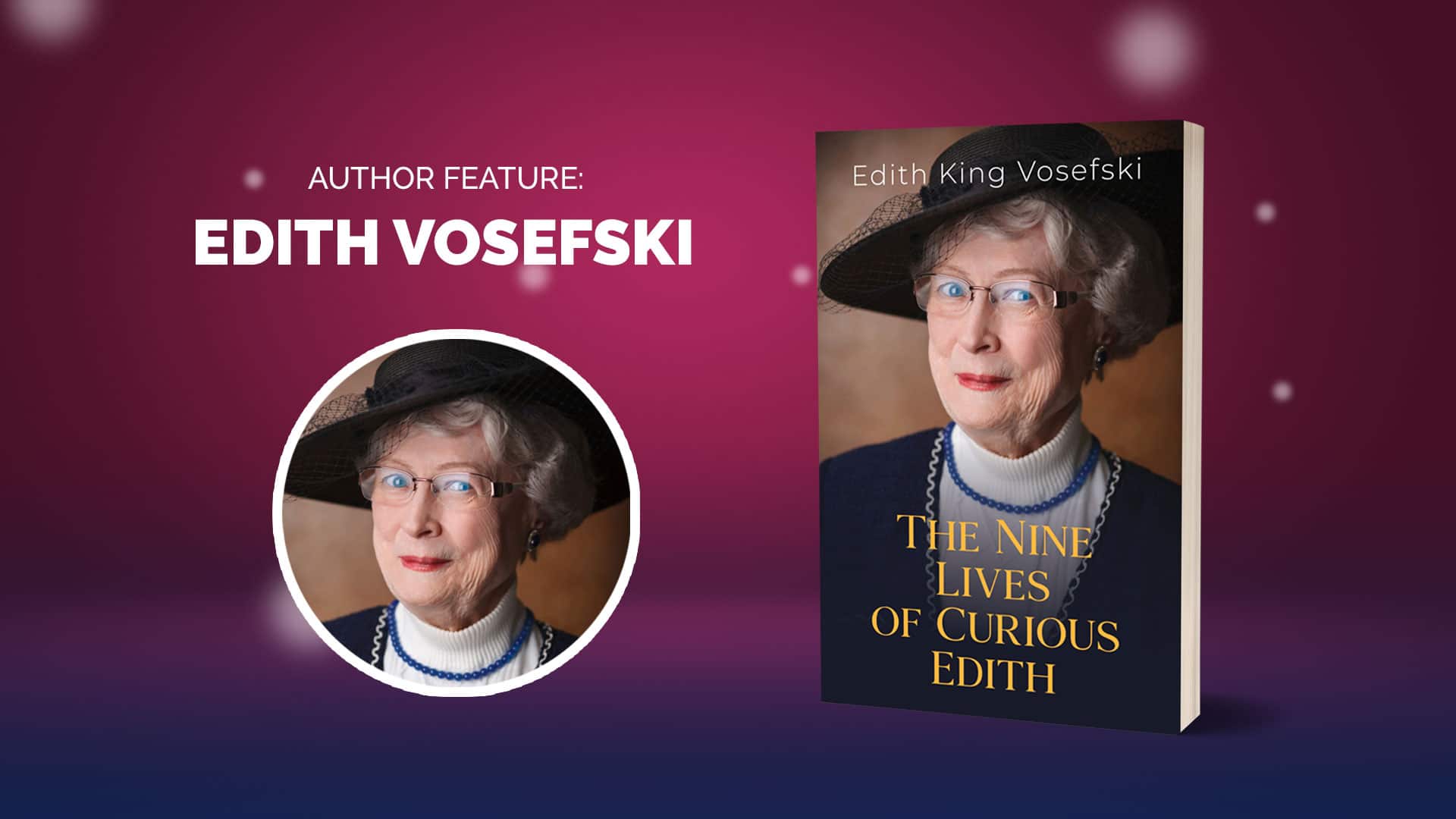 ReadersMagnet presents Edith Vosefski. Let us get to know more about Edith’s artworks, books, and inspiration.

Edith Vosefski is the author of several children’s illustrated books. In her seventies, she first became an author. However, Edith Vosefski’s most famous work is the book, The Nine Lives of Curious Edith, which she finished after her ninetieth birthday. The book chronicles the exciting life of Edith, her passion for others, her unique sense of humor, her journey through life, and the things that interest her and shaped the person she is now. Today, we will get to know more about the life, works, and Edith’s artworks, some of which are featured in her other books.

“The irrepressible, dynamic lady in the big, black hat known as Edith King Vosefski is an accomplished etiquette expert, teacher, author, and speaker.”

Edith King Vosefski attended Northwestern University’s College of Speech, where she got her undergraduate degree. As a mother, she had to take care of her family first and raise her two sons before pursuing a master’s degree in communication science from Governor’s State University. Edith received her training in etiquette at the American School of Protocol in Atlanta, GA, at age 73. She then opened the Etiquette School of Northern Illinois. She once served as its founder and director before pursuing other passions. Nonetheless, Edith still shares her knowledge of manners through her children’s literature. She is the author of several children’s illustrated books, including Leo and The Spirit of Golden Boy, Leo’s Out of This World Adventure, and Mariana’s Little Book of Manners for Children.

Edith Vosefski is also a sought-after speaker on the subject of etiquette. She has appeared on local television shows. Vosefski also writes for her newspaper column entitled “Hats Off to Etiquette,” where she shares tips and advice on proper manners and etiquette.

For Edith, teaching is a passion that runs in her blood. She constantly rises to the challenge of sharing knowledge and wisdom with others, especially the young. Edith once served as a tutor for homebound students. Later, she helped establish operation ABLE (Ability Based on Long Experience), which aided old and displaced workers in finding jobs.

Edith also taught adults at the College of DuPage where she successfully helped more than 200 families leave their welfare status. She also tutored children in the adolescent unit of a psychiatric hospital.

Aside from being an author, teacher, etiquette expert, and public speaker, Vosefski is a talented artist who started dabbling into arts at 78.

Edith Vosefski performed as an artist during her younger years (she historically recreated Bess of Hardwick, a notorious woman of Tudor England, in her own one-woman show). Edith also appeared in a television special entitled “Joe Gets Manners” as herself. However, her passion for learning visual arts has kept her preoccupied in her later years. At age 78, Edith began studying the arts. Many of her subjects are inspired by Native Americans, their love for Mother Nature, and their life energy.

Vosefski works closely with Joseph Standing Bear, the President of the SOARRING Foundation (Midwest Save Our Ancestors Remains & Resources Indigenous Network Group). It is a group committed to facilitating communication between Native American tribes and educating the public about various American Indian cultural and environmental issues.

Another subject that Vosefski is also passionate about is drawing animals. Edith is also an animal lover with interest in animal pet portraits.

To know more about Edith Vosefski and her works, please visit her website for more information and updates.