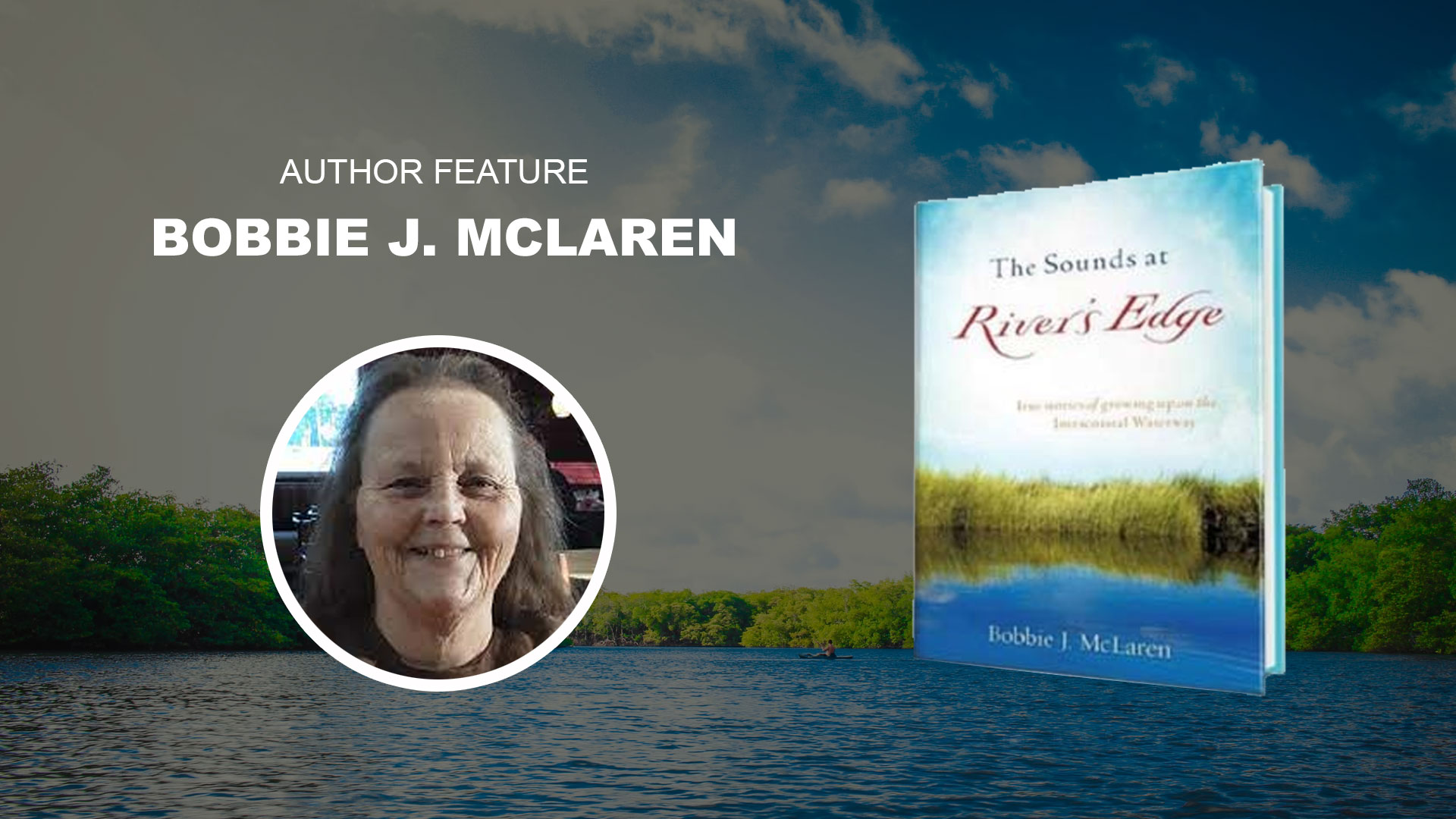 Bobbie J. McLaren is the author behind the heartwarming memoir, The Sounds At River’s Edge: True stories of growing up on the Intracoastal Waterway.

Bobbie J. McLaren first caught our attention with her book, The Sounds At River’s Edge: True stories of growing up on the Intracoastal Waterway. We got to know more about her after her interview with prominent radio personality Kate Delaney in America Tonight with Kate Delaney. Bobbie J. McLaren recently participated in ReadersMagnet’s first-ever virtual book fair, The Festival of Storytellers. McLaren again amazed book fans and fellow authors with her heartwarming memoir about the good old times and the blissful childhood she experienced. Today, we will get to know more about the inspiring author, Bobbie J. McLaren.

Bobbie J. McLaren grew up in a blissful environment before the Internet and the complexities of today’s society.

Bobbie J. McLaren was born in the 1950s and hailed from South Florida in Northern Palm Beach County. In 1972, McLaren graduated from Palm Beach Gardens High School. As a young girl, McLaren developed a passion for creative writing, including poetry, short stories, and gospel music. She channeled her energy and nurtured these creative forms of self-expression.

Aside from literature, Bobbie also spent most of her time outdoors. Growing up in South Florida, Bobbie and the rest of the children her age love South Floride because it is so wild and natural. Years later, she would compile all the fantastic memories of her childhood, including fishing and spending time in the” canal” and tug boats and other adventures.

Now, Bobbie J. McLaren is living in North East Alabama atop Lookout Mountain. She involved herself with writing Vacation Bible School programs for her church and working with Drama’s. Aside from writing, Bobbie’s other interests and endeavors include learning to paint and to sketch. She is also busy with her full-time employment.

Bobbie J. McLaren shares her home with her two cats but is surrounded by a loving family that lives all around her in the Fort Payne area.

Bobbie J. McLaren’s childhood had a significant impact on the person she is today. Eventually, she decided to share the blissful years of her life with others through her book, The Sounds At River’s Edge: True stories of growing up on the Intracoastal Waterway.

Her sister and best friend, Christine, encouraged Bobbie to tell the stories about their childhood and the wonderful experiences they’ve grown up in their generation.

In 2007, Bobbie J. McLaren decided to publish her extraordinary memoir, a compilation of stories featuring childhood adventures and the good old days. The book’s complete title is The Sounds At River’s Edge: True stories of growing up on the Intracoastal Waterway. In this book, McLaren recalls the times before fast food, microwave ovens, and home videos. She takes readers into a world where life was always a constant adventure. It was a period in history where children weren’t slaves to gadgets and social media, and entertainment wasn’t where you go or how much money you spent, but what you did outdoors.

“Playing outside was the normal thing for most children, in fact, to stay “in the house” was sheer punishment. Being grounded usually meant no television or use of the telephone. These are stories of a very imaginative child and the love of a father. A world that seemed to move more slowly and a time that watched history change on a daily basis as never before in the twentieth century, with joy and sorrows, tears and laughter.” (excerpt from book description)

The Sounds at River’s Edge covers about four years of Bobbie J. McLaren’s amazing childhood. Yet, they were years rich in adventure, innocence, and heartwarming experiences that children of today, sadly, can only dream of.

You can purchase a copy of Bobbie J.Mclaren’s book, The Sounds At River’s Edge: True stories of growing up on the Intracoastal Waterway on Amazon and Barnes&Noble. You can also check out her website for more details and information.