Audacity of Speaking in Tongues: A Manual for Tongue Speaking 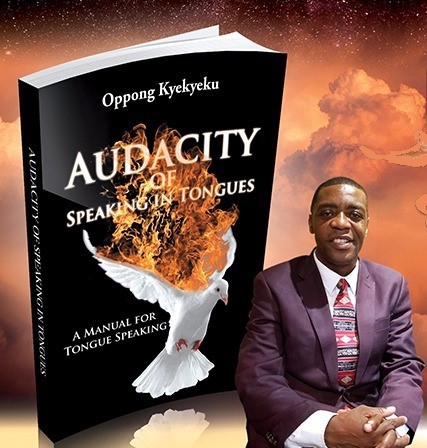 Book Title:  Audacity of Speaking in Tongues: A Manual for Tongue Speaking

The 1st century phenomenon of disciples of Christ speaking in tongues as they were enabled by the Holy Spirit in the Book of Acts of the Apostles and the subsequent gift of the Holy Spirit as Paul elaborates in 1 Corinthians 12 and 14 has been a bone of controversy among Christendom. This controversy has farther been fueled by embedded theological ideology. These has consequently resulted in confusion among Christians when it comes to the subject of speaking in tongues. Also, proliferation of theological ideologies era where the world lives in a confused state has worsen the Christian controversy on this subject. My book, “Audacity of Speaking in Tongues” is written not to fuel the already volatile situation or be part of the confusion our generation is suffering from but rather bringing solution to quench such confusion through careful studies of the scriptures. 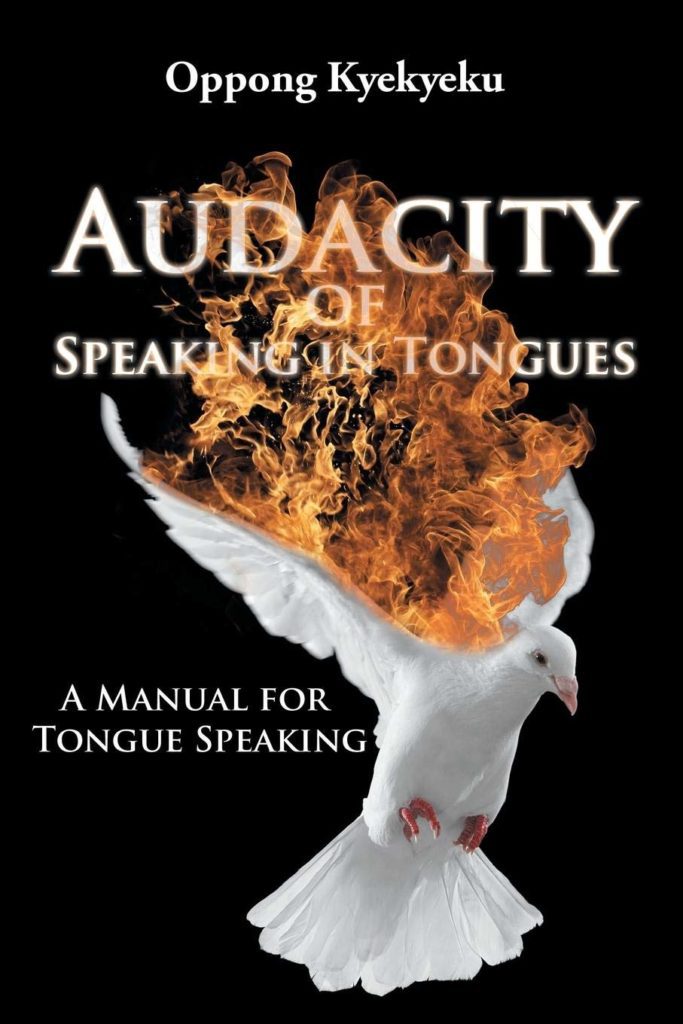 On January 12, 2016, I was involved in a vehicular accident on my way home after working in the church. I was hospitalized with fragmented leg fracture for 21 days. When I was discharged, I comprehended that my recovery would be a long haul. I therefore, decided to read extensively to take my mind of the pain. It was during this period of pain that I chanced upon a book entitled, “Charismatic Chaos” by John MacArthur, one of the leading cessationists of our generation. In his book, he argues that the gifts of the Holy Spirit especially speaking with tongues do not exist anymore. He bases his argument on 1 Corinthians 13:10 which says, “But when the perfect comes, the partial will pass away.” According to him, “the perfect” is the Canon of the Bible; therefore, we have the complete genre of the Bible; there is no need for the gifts of the Holy Spirit to work anymore.

After I carefully finished reading the book, I could not agree with his doctrine  and I began praying that God would empower someone to write a book not to argue about his opinion but to proof the existence of the gifts of the Holy Spirit to all generation until Jesus Christ comes. During constant prayers, I was convinced that not everyone has met this experience, so I felt responsible to bring the truth out; because discovery leads to responsibility. I prayed to God for wisdom and knowledge to meet the task and He granted me the grace needed to put the truth together in a book. I titled the book Audacity of Speaking in Tongues to inspire believers to standup boldly and exercise the gifts of the Holy Spirit, especially speaking in tongues without compromise as the day of Pentecost.

When I sent the Manuscript to various publishing companies, their willingness to publish the book; the support and encouragement I received from all the publishing companies which accepted to publish the book, made me believed that it was surely the direction of the Holy Spirit. This invigorated me to write the book (Audacity of Speaking in Tongues). This book (Audacity of Speaking in Tongues) is written in simple English for easy reading and comprehension. It is for Christians in every spectrum of life; whether you speak in tongues or not. To quench the doubt and the argument escalating among both cessationists and continuationists. Because brethren, the most dangerous, horrible, and unwise act for every person is disputing or teaching about what you don’t know or understand.

Indeed, speaking in tongues is controversial, conflicting, chaotic, and confusing in Christendom. This is because each one of us has embedded in has theological doctrine, giving no room for careful studies of what the Bible teaches about the subject. This indeed makes it harder to find a common ground, which has cause many authors to write about the subject. However, this book: “Audacity of Speaking in Tongues” is different from all the other books written on this subject, because it tackles the topic from biblical doctrinal perspective; and it answers the fundamental questions surrounding speaking in tongues base on biblical, historical, and personal experiences. The book exegesis the various occurrences of speaking in tongues in the New Testament. Key among them is trying to understand the multiple evidence in the Book of Acts and Paul’s interpretations in his letters about tongues speaking. It also accesses real life experiences of Christians in our contemporary times. It will help you after reading the supporting Bible passage to make a decisive conclusion.

Speaking in tongues is real for every generation, therefore, the truth must be told. Fellow Christians, church, family and friends, after reading this book you will be indebted to this revelation. It is your obligation to pass it on to your children. I trust that, with God’s power, you will be equipped through the experience of speaking in tongues. Audacity of Speaking in Tongues is in every major bookstore especially amazon. Make sure to get a copy to read and pass the truth to your generation and beyond.

May God richly bless you.