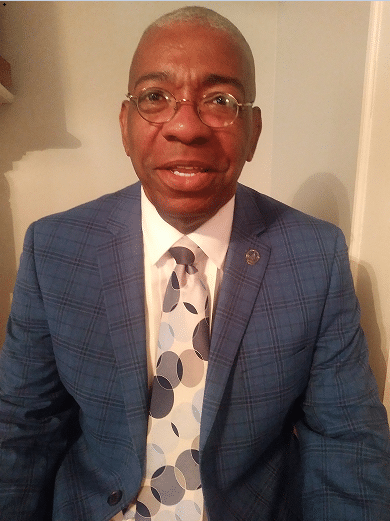 Reddick’s commitment to overcoming racism and embracing Diversity developed during his Doctoral studies at Eastern University and his being a recipient of Luce Foundation and Pew Foundation Grant (three-week Immersion Training in Cross-Cultural Communication and Conflict Resolution in South Africa in 1998.  His Doctoral Dissertations based upon a cultural audit of Eastern Baptist Theological Seminary at Eastern University was published in 2002 with forward written by Dr. J. Deotis Roberts, Research Professor of Theology, Duke Divinity School, Durham, N.C.  He is the author of the I and I Model for Overcoming Racism in an age of Diversity and Becoming One – The USA and Diversity.

The publication of The Diversity Salad Bowl is timely to address Overcoming Racism and embracing Diversity and to serve as a model for America to overcome Racism and embrace Diversity through Dialogue as a tool to unify America so that all people can reach their full potential.

Reddick believe African Americans must create an atmosphere for majority Americans and others to exercise their First Amendment Right to Freedom of Speech and commitment to the Biblical principles of forgiveness.  As Dr. Martin Luther King, Jr. committed through the Civil Rights Movement to love.  There is power in love and there is healing in forgiveness.  America is wounded and needs healing to remove the racial divide and the festering and toxic fracturing of the fabric of our society and of our nation.  There are clearly many inequalities that plague our nation and demand our immediate attention.  Racism and failure to embrace diversity are two major inequalities.  This manuscript can bring America together as one people and one nation.

Reddick has experienced Racism in three venues in America.  Duke University Divinity School in 1977, Eastern University in 1977 and The United Methodist Church in 2005, He has forgiven each institution for its great hurt, harm and resulting career shortcomings.

To overcome Racism, these ills of society, we require a power greater than the forces of sin, with which ALL were born and which we now ALL possess.  We are ALL sinners, so how can any of us solve these problems?  Of course, the Answer is…

These are the forces, afforded to us by the power of God that, in fact, ARE the solution to our current sad.

And it should be these simple, yet such powerful forces, we focus on here.  Not just during our time together today, but as we go forth in every aspect of our lives.

We are called, not to convert anyone, but to lift the blinding veil of individualism, of selfishness, of capitalism, and of racism away from our fellow citizens.

And once this veil of hate is lifted, we can shine a light and create a new awareness of God and his gifts, Not necessarily to convert, but to allow our sisters and brothers a choice.   A choice perhaps not previously available to them, as they work so hard fitting that square peg into the round hole.

The choice to rise and reconcile with our fellow citizens, so we can enjoy the true freedom of forgiveness that stands in wait for us all to experience.  This is a freedom that can only be understood in God’s love and our own humility.

And once we taste that true freedom of choosing to love over hate, it is only then that we can move forward in our pursuit of the dream that our founding fathers wrote about, that Dr. Martin Luther King, Jr. spoke about and we must strive towards.  And the dream is that our work and our prayers help form the more perfect union we all know awaits our nation.