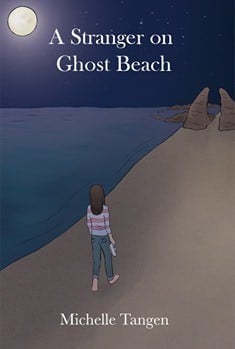 “A Stranger on Ghost Beach”

but HE WILL steal yours

A story of young love, loss & a chance at redemption

About the book; The story “A Stranger on Ghost Beach” centers around the character of Corey Banks, presently a police detective in his coastal hometown of Arlington, Maine. Twelve years earlier, Corey lost his girlfriend and nine other classmates during their senior class field trip. Known to be an active young man and a lifelong extrovert with a keen, quirky sense of humor, the loss changes him as he holds onto and is haunted by his memories of Julie, and he becomes somewhat withdrawn. Despite all this Corey manages to realize his lifelong dream of joining the local police force. When a new case involving two high school girls who failed to return home from a shopping trip arises, it triggers Corey’s emotions as the anniversary of the loss of Julie approaches, but this case just may hold a link to his past and quite possibly the key to his future. The book is a story of young love, tragic loss, and a chance at redemption when circumstances arise years later.

My first inspiration for writing came when my eighth grade English teacher took notice and encouraged my writing. I honestly can’t remember if it was an actual assignment that caught his attention or something I wrote on my own. In high school I wrote more often including one stage play and numerous poems, a few of which were published through a poetry contest. “A Stranger on Ghost Beach” is my first attempt at writing a book. It was one of those things where “life” just happened, and writing went to the sidelines. When I first started writing this story there were only about seventeen pages that transpired. Then it was tucked aside. It was my youngest daughter, the only other person who had read what I had written to that point, asking me when I was going to get back to writing the story as she liked what she had read so far, that got me back on track to working on it, with the agreement that if for some reason I couldn’t finish it, she would. That, plus seeing my young granddaughter finally get really excited about reading between the Rachel Renee Russell’s “Dork Diaries Series” first and then Chris Colfer’s “The Land of Stories” series, after I set the first book to that series down near her computer.

After finally locating what I had originally written and rereading it, I realized that I gave away too much too soon and worked on dividing the story up. I set up an outline for my daughter just in case. That also gave me something to work with and except for the epilogue, I started working on the ending which came easily and flowed smoothly. Trying to fill in the middle was the most difficult part. I would write portions of the story and then try to figure out where they fit in, and at least two characters in the first book were not initially planned, Elaine Banks (Corey’s Mother) and Kyle. I decided to briefly introduce Elaine in this book as two unanticipated sequels coming from this story were in the process of being written simultaneously and her character evolves more in the second and third stories. Kyle was added as what I considered one of the “twists” in this first book and his character also evolves, especially in the second book. Neither book has been submitted for publishing at this time although the second one is complete. The third, though almost complete, is still being added to and polished.

The book is in three parts and the first part especially is heavily time lined. I wanted to do something a little different from what I usually see in many of the books I read and all three books follow the same format. The beginning of each section, the prologue, a middle narrative and the epilogue are Corey speaking. Each part then goes into the story, starting out in a back and forth timeline. Although the story centers around Corey and his life both before and after tragedy strikes, there are a few lessons in this book. Although Corey is not known to be homophobic, there are a couple of scenarios involving that topic, when Corey learns who his new partner is going to be. As the story progresses, we see a message of acceptance in a couple of areas, in those scenes and when Corey’s future girlfriend, Julie, first arrives as a transfer student, the “new kid in school.” My daughter, a Criminal Justice Graduate, made a comment that I didn’t fully take into consideration until she brought something to light. She stated that I did a good job of bringing in the guilt of a drunk driver in this story, and after hearing that I realized that drinking and driving is a reoccurring theme in all three books. Although Corey closes himself off to a lot of life, he manages to realize his lifelong dream of becoming a police officer and eventually finding his passion in detective work. It is a story about not giving up on your dreams no matter what life may throw your way. 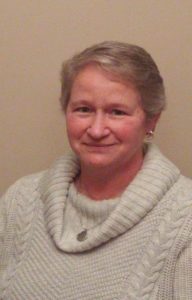 About the Author, I grew up in the small town of Byfield, Massachusetts along with my parents, six siblings & many pets throughout the years. I’m a graduate of Triton Regional High School class of 1979, and a recent graduate of Great Bay Community College in both Portsmouth, NH. I have recently received my Associate’s in Business Administration. The first noted acknowledgement for my writing came from my eighth grade English teacher. Although a few poems I wrote were published through a contest during my later high school years, this is the first book I’ve written. Originally written for a young adult audience, it has been read by readers of many ages. My hope and my goal with this story are that my readers laugh with Corey, cry with him and cheer for him as well as learn a few life lessons along the way.