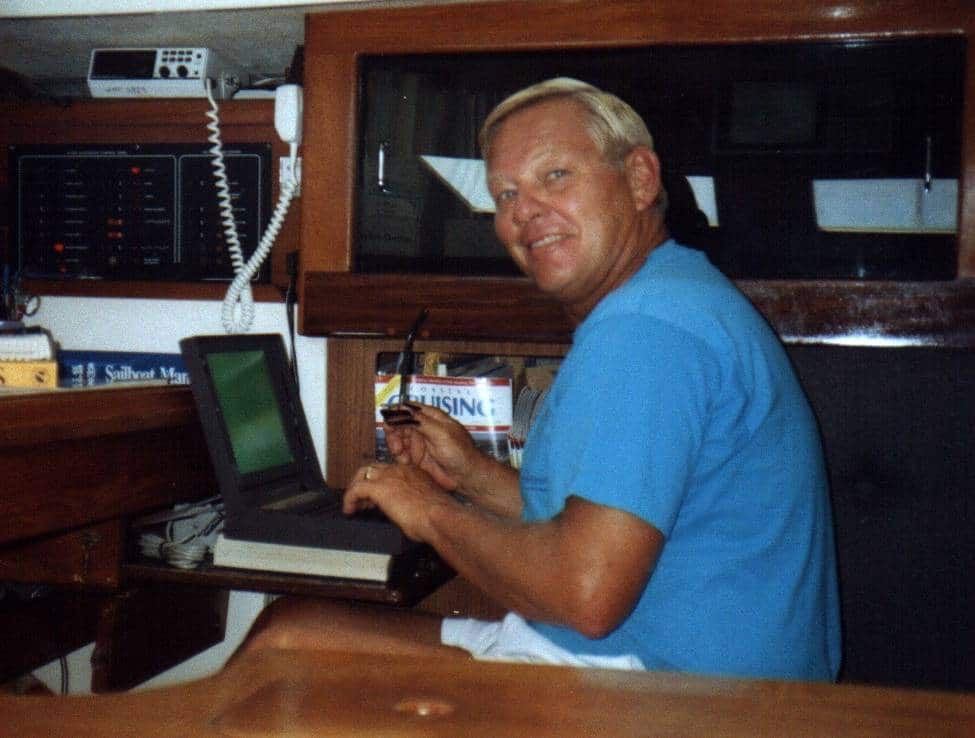 David C. Corbett would like to thank Reader’s Magnet for the opportunity to tell you a little about his background and one of the novels he has written. The novel, “A Good Marine’s Murder,” is a military murder mystery that occurs at Marine Corps Air Station, Cherry Point, North Carolina. A killing that takes place at ten thousand feet in a single seat Marine Corps fighter jet . . . the AV-8 vertical takeoff Harrier. Not possible, you might ask. Well, it might be with the help of a greedy, bad seed maintenance sergeant.

Colonel Corbett’s Marine Corps career began in 1961, while a freshman at the University of Florida. Upon graduation, he was commissioned a 2nd Lieutenant and attended Basic School (officer training for newly commissioned officers), and later ordered to Pensacola, Florida for flight training. Receiving his wings, he was assigned to VMF(AW)-333 to fly the F-8 Crusader. His first tour in Viet Nam was in the F-8, flying close air support for Marines and Army ground troops. Returning to the States in 1968, he became a flight instructor flying the F-9 Cougar. After two years in Texas teaching young, soon to be Naval Aviators, he attended the Marine Corps Amphibious Warfare College, and then back to the cockpit as an A-4 Skyhawk pilot. In 1971, Captain Corbett was forced transitioned into Cobra helicopters, and sent to Vietnam for his second combat tour, where he flew until the war’s end.

Upon returning home, the now Major Corbett began flying the AV-8 Harrier. This new jet aircraft could take off and land vertically, something unheard of until this new bird was conceived. He spent two and half years as Executive Officer of VMA-542, before being assigned to Command and Staff College. Upon graduation he took over the AV-8 Avionics Systems Project Officer at the Naval Air Systems Command (NAVAIR), and later became the Class Desk which handled most to the Research and Development for the AV-8B.

Completing his tour with NAVAIR, he took command of VMA-542, the first of three major commands he would lead.  After his third and final tour overseas, he took command of an air wing support group, MWSG-27. His two-year tour up, he became the Second Marine Aircraft Wing’s safety officer, before taking his final command of a Marine Amphibious Brigade. He retired in 1989. Rather than look for employment, civilian Corbett took off to sail the Bahamas in his thirty-eight-foot sail boat, and began writing for sailing publications, and later started writing novels, three of which are now published.

Colonel Corbett, having flown the AV-8, vertical takeoff and landing Close Air Support and Fighter jet for the last seventeen years of his thirty-year career, provides him with necessary knowledge and insight to produce a novel which will give the reader a feeling of being right there helping to solve this unique mystery.

The complexities of investigating a military aircraft mishap, mixed with the emotions of such a tragic occurrence, are something the author has experience himself on several occasions. During his years flying the Harrier, he had the misfortune of having to find the answers to five very different aircraft accidents. Every military aircraft crash presents different problems, requiring a detailed knowledge of the individual aircraft systems, such as avionics, hydraulics, flight controls, airframes, and engine. The officer-in-charge cannot do it alone, he or she requires the help of many professional military and civilian experts.

Like the civilian world, the military has issues with drugs and the money that can be made illegally smuggling these addictive substances into the country. What if an avaricious general made a deal with a drug lord. What if a senior officer on the general’s staff found evidence that something wasn’t right within the Harrier community. What if there was a sergeant that had unlimited access to a squadron’s flight line. Could the “what ifs” be enough to lead to murder or murder’s?

The task of putting the “what ifs” together is given Colonel Dan Breakheart, a single father of three, who is presently assigned as the Second Marine Aircraft Wing’s safety officer. He, along with the help of his best friend, Major “Snake” Burns and a lovely NADEP (Naval Aviation Depot) engineer. As they delve deeper and deeper into the accident’s cause, Breakheart must place himself into harms way, if he is to force a confession from those that are involved.

The reader will find the mystery not only intriguing but will also find themselves immersed in the life of Marine Corps officers and their families. You’ll feel their comradery, their loves, and their hurts. Truly, not just a murder mystery, but a look at what it is like to serve on the largest Marine Corps master jet base, MCAS Cherry Point, NC.