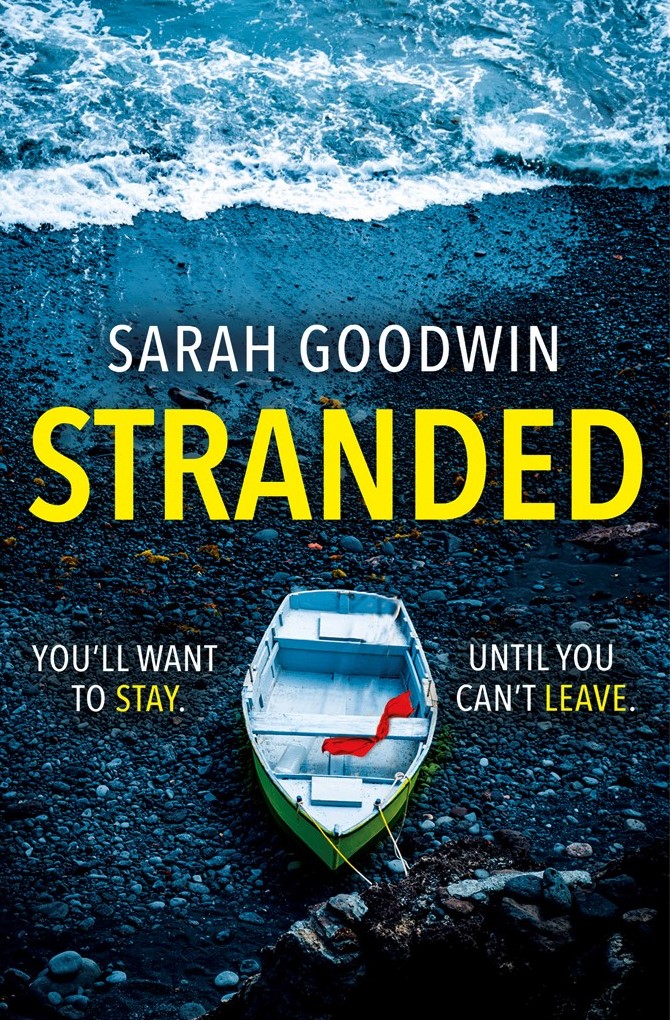 Stranded is a thriller set on an uninhabited island off the coast of Scotland. Eight contestants in a reality TV show are left there for a year to build, farm and forage as a new way of life. They will be completely alone; no camera crew following them around or a team of health and safety consultants just off screen.

As the experiment progresses and things go awry, the main character, a reclusive botanist, faces the worst that humanity and nature have to offer. From the very beginning the reader knows there will only be three survivors. But who, and how, will they make it off the island alive? And what will it cost them?

Stranded is for anyone who loves thrillers, dystopian survival stories and reality TV drama. I think it’s a really great book for people who don’t like domestic storylines or who would rather not read mysteries about marriage, children or helpless protagonists. It has some strong feminist themes and a touch of the supernatural. Nothing too out there or mystic but just enough to add some chills.

If you’ve ever thought about applying for Survivor or wondered how you’d cope in a dystopian apocalypse, this book is for you.

When writing Stranded I was inspired by survival television shows like ‘Castaway 2000’ and ‘Eden’. Watching them I always wanted them to go further, though obviously that would be distressing for the contestants, never mind the viewer. Still, it always ruined some of the fantasy for me to see boom mics and camera people, or for there to suddenly be a first aid team rushing in if someone cuts themselves. That experience is obviously no weekend at Butlins, but it’s still not real survival. That’s what I wanted to write about.

Each character is based on a sort of reality TV archetype. The guy who has to be in charge even if he has no idea what to do, the gossipy backstabber, the person who’s there to launch their influencer career. I wanted to see what they would do in a real life or death struggle. How those ‘Big Brother’ style arguments would escalate if suddenly no one was keeping an eye on them.

I hope readers can see themselves in Maddy. In the last year we’ve all learned a bit about isolation, grief and feeling as though our lives are spinning out of control. That’s the state she’s in at the start of the book. She’s lost both her parents, her career and her friends have all drifted away. I think it’s quite cathartic to see someone rise from being brought so low. To find reserves of inner strength and finally stand up for themselves.

I also think there’s a lot of appreciation for nature to get out of Stranded. I love camping, foraging and being in nature and I tried to put as much of that love into the book as possible. I hope the book inspires people to go out and forage for fruits and plants or to just appreciate nature’s capacity to adapt and thrive. (Though I think most will learn to forage with caution!).

Although I’m new to Authors’ Lounge I used to be a self-published author. I’ve experimented with genres like YA supernatural, detective, romance and historical novels. Those obviously didn’t benefit from the input of talented editors and my agent, but I’m proud of their success. Writing them really helped me to improve and find my style of writing. Writing more than one genre I think gives you a bigger bag of references and tricks to pull from.

I’m also really interested in folklore and paganism and I think that comes out in the plot of Stranded. The idea that the island itself is a living thing with a personality, even a guardian spirit, is something that Maddy experiences in her most desperate moments. During the writing process the island really started to become a character for me as well.

I would dearly love to see Stranded adapted for television or film. That’s probably every writer’s dream. It would be interesting to see what a screenwriter would change or adapt. It would be like enjoying the story from a fresh perspective. I love revenge films like ‘A Promising Young Woman’ and ‘American Mary’ but hate seeing the protagonists (spoiler alert) die, even if it fits the story. So Stranded would be an opportunity to see a woman overcome huge obstacles and survive.

You can pre-order Stranded from all good bookshops and online at Amazon in advance of publication on the 16th September.