A book can be successful, even if it does not sell in large numbers. 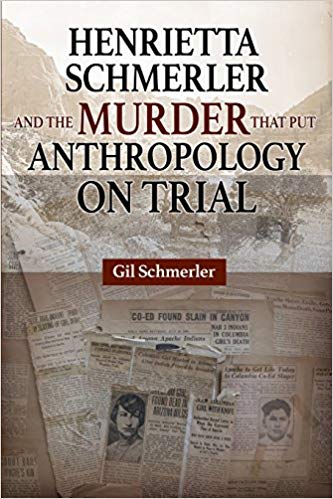 A book can be successful, even if it does not sell in large numbers By Gil Schmerler

I published my book three decades after my sister and I had begun searching for the real story behind the murder of our aunt in Arizona in 1931.  More than one generation who cared about the murder had died since we began our research, and many more people were experiencing declining memories or losing interest. Most of the many friends and relatives who knew about – and had sometimes participated in – this project had, it seemed to me, given up hope that the book would ever be finished.  When the book appeared finally in print, it felt as if a huge weight had been lifted from my chest. I had done it!

The last thing I wanted to think about was promoting the book. Poorly attended and awkward bookstore signings were far from appealing. Cold calls to reviewers or media were even more off-putting. Besides, in the final stages of writing, I seemed mechanically to be going through mounds of clippings and transcripts and files, and readers would almost certainly feel the same lack of spark I was feeling, I was quite sure. I was not writing for profit – or fame – and assumed there would be only cursory sales, in any event.

It was not until I had received months of positive feedback from the friends and relatives and colleagues to whom I had given copies of the book that I dared think to myself, “Hey, maybe I should have been a little more aggressive about putting the book out there.” It had not occurred to me that the book might be exciting enough to some to read in one sitting, as a couple of readers seem to have done, or even in a weekend, as others had reported.

Over two years later, the book has, understandably, not taken off. The roughly 50 cents I receive from Amazon for each sale – or more than $3 I receive from Lulu.com (which people never seem to consult) – has not amounted to enough to even repay my publishing costs. But that was never the point.

Far more interesting – in fact, exciting – to me have been the responses and feedback I’ve gotten from very unexpected sources.

First and foremost was the tentative outreach – and subsequent friendship and collaboration – from an anthropologist then working in China who had discovered Henrietta Schmerler well before I published, in the course of exploring women anthropologists who had experienced the same harassment and assault she herself had. Megan Steffen became a collaborator on an article we co-wrote, a wise advisor and liaison to the field, and a friend.

Early on, I became obsessed with the anthropology department at Columbia University knowing this story and the questionable contributions of Henrietta’s famous mentors, the same people who had created this powerful department’s legend – and possibly the whole field of anthropology. This was not an easy nut to crack, but eventually two women professors, Zoe Crossland and Lila Abu-Lughod, found the book and said kind things. Some of my more conspiracy-minded friends thought that maybe the Columbia department had ignored the book because it was critical of their predecessor’s abandonment of their student. But I believe that, three generations later, they simply did not know the story and were resistant to what they saw as a commercial attempt to publicize the book. They need not have worried.

My sister, an essential partner in this research, gathered twenty friends in Baltimore (her book club and a few others) for what turned out to be an exhilarating discussion of the book. This event included autographs and, it turns out, lots of appreciation. Who needed bookstores?!

There have been many other responses meaningful to me:

For me, the book has more than achieved its goals.