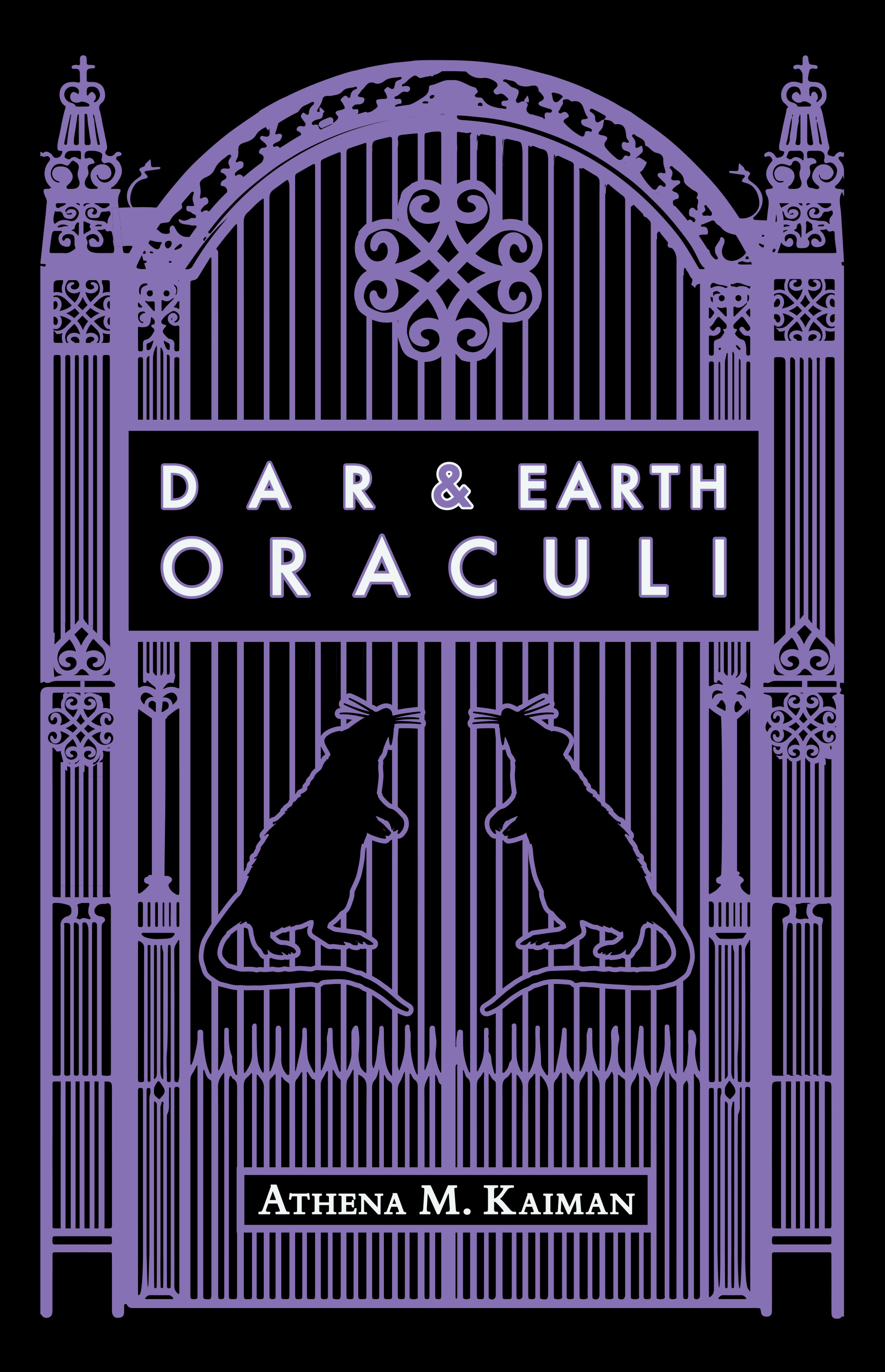 Finding the balance between writing a poignant, exciting fantasy series combined with fact-checked predictions about the imminent real-life, human-caused dystopia of climate change continues to be my greatest challenge as a writer. In book one, DAR & Earth: Oraculi, which means mentor in Latin, the saga begins in the Middle Ages with the protagonist, Aelish, a magical being born of human parents in 1546 Ireland. By making Aelish’s Oraculi, Lady Antonia, born in 1521 at the Court of King Henry VIII, it allowed me to incorporate historical facts about this time period, including the obsession with male heirs, the longstanding oppression of females throughout history, and the impact of the plague over its one-thousand-year history. With the exception of one main male character, the three leading characters are female. Their stories all begin at age twelve and demonstrate the power of young-adult females, whether they are magical or human.

Political writing cloaked in fantasy and science fiction has always had a great legacy in literature, and it is one I hope to continue by ensuring my readers have a vested interest in the outcome of the lives of my characters. It is my hope that this vested interest will spur a peaceful army of young activists to take action on behalf of the Earth, which is not centuries away from social and environmental collapse, but at most, decades. Writing this series is my way of giving back to the younger generation. Reading about climate science is not easy, but through my books, young adults will naturally become educated on the topic, most especially in book two, DAR & Earth: Revelations, which will be released in February 2021. Grief and loss play a profound role in the story, directing the lives of my characters as they grapple with life-altering circumstances.

I hope the series inspires and empowers young adults to fight for something greater than themselves and to develop the courage and bravery to do so by reading about what the characters in DAR & Earth must confront. Thousands of young adults have already taken to the streets, throughout the world, to peacefully protest for the right to have a future on this planet. The future that adults take for granted is no longer a guarantee for the younger generation. Faced with a deteriorating environment, immune systems of various species are beginning to falter, and they will continue to cause pandemics, like Covid-19, by spreading viruses and bacteria to humans. Those who do not link the climate crisis to the pandemic are sorely misinformed.

The current pandemic has provided a glimpse of what we can expect when future catastrophic climactic events collide with disease. Think about all the lost rites of passages the younger generation has already been denied: the first day of school, a first dance, summer camp, graduations, living away from home for the first time at college, dating, and weddings. These are all things adults took for granted, and when a vaccine is ultimately developed, the younger generation will see how quickly “business-as-usual” will return as humans continue heating and cooling their homes and powering their vehicles with carbon-emitting fossil fuels.

Many in the younger generation feel alienated by the dismissal of their accurate fears about climate change from adults within their own family. Most adults don’t want to hear about it, predominantly because they feel powerless to stop it. But that doesn’t excuse invalidating the desperate concerns of our youth. The DAR & Earth series provides young adults with irrefutable scientific facts they can use to forge ahead with a mission to at least try and save the Earth and their own futures.

On November 4, 2020, the United States formally withdrew from the 2016 Paris Accord. This is a tragedy not only for the U.S., but also for the very survival of our world that desperately needed the U.S. to stay engaged. If the U.S. has lost the will to lead, and desires money over all else, then it can’t wear the crown of a superpower. The U.S. is the second greatest polluter on Earth. It has now officially abandoned all of its responsibilities for past, current, and future contributions to the climate degradation on Earth, eclipsing the future of young adults.

Having worked in politics and government for years, I used the limited power I had to effect positive change for the citizens served by my government agency. And I know this to be true: humans can achieve anything, but only if they have the will and desire to do so. We can always look away and say something is too costly or difficult to achieve. But I hope the young leaders emerging on the political landscape that have read my series, will know they have the agency to create a more diverse and equitable society, while at the same time, ensuring the survival of humanity and the other creatures that inhabit our world. I want them to willingly commit to changing our world from one based solely on profits and greed to one based on compassion and fairness.