Weave a Web of Witchcraft by Jean M. Roberts 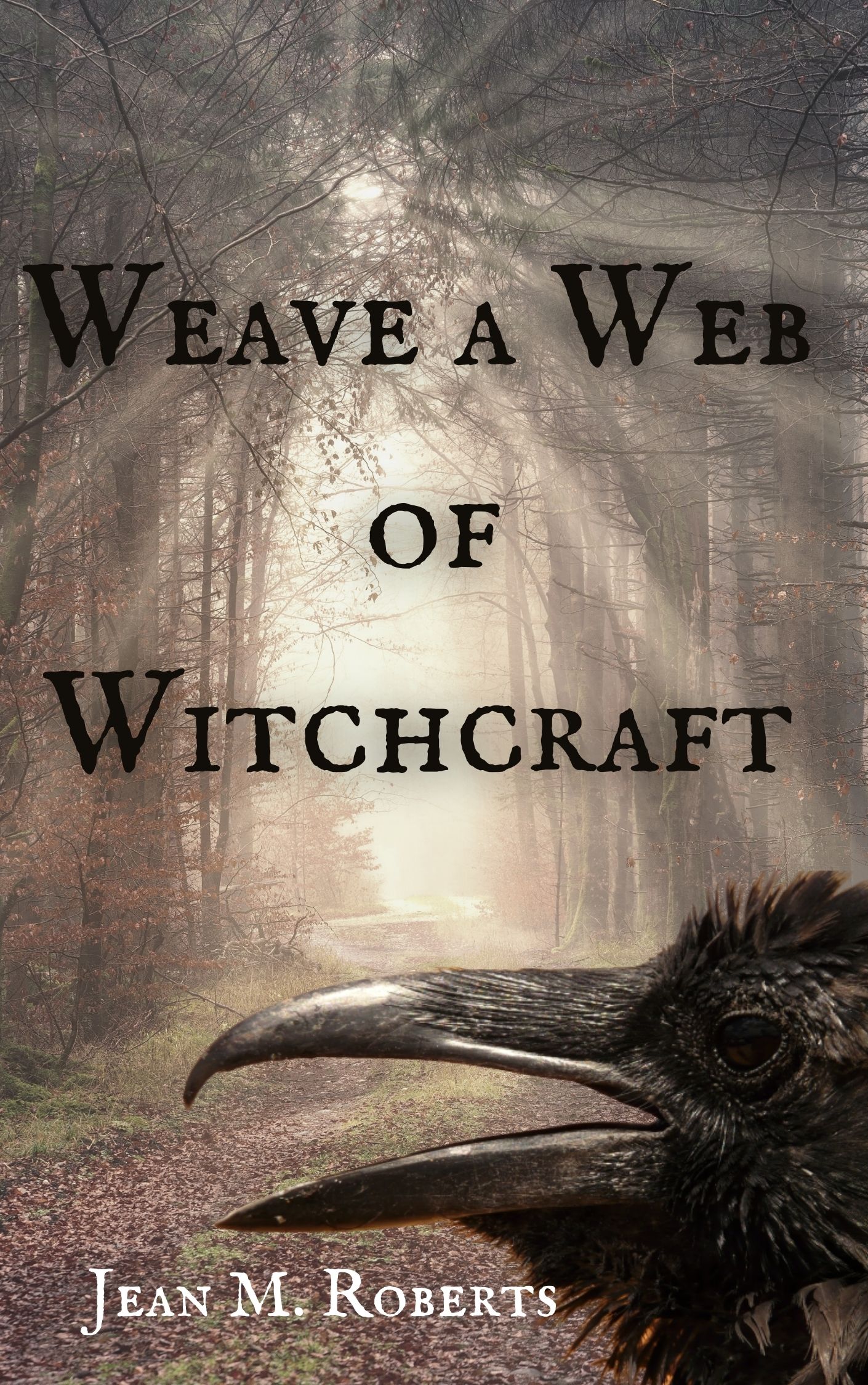 Four years ago, I was a busy Nurse Administrator with a lot on my plate. When not working, I had plenty of hobbies and interests to fill my free time. I enjoy genealogy and family research, gardening, cooking and travel.

While doing genealogy research, I came across a New England couple, Hugh and Mary Parsons, who had been accused of Witchcraft in 1651. This was some forty years prior to the Salem Witchcraft Trials, about which so much is written. I found their story fascinating. During my research into this couple, I came across the depositions taken during their initial discovery trial. It seemed almost the entire town of Springfield, Massachusetts had a complaint against Hugh. Mysterious aliments, missing tools, cooking disasters were all laid at his feet. Even his wife, Mary, turned on him with wild stories of witches in the night.

On a whim, I decided that what I needed to do was write a book. Now, having never written anything creative since first grade, this was a pretty bold move on my part. I wrote in spits and starts, gaining momentum as I went. When I have the first few chapters down, I realized I needed to stop and learn more about both the art of writing and research for the book.

To give my book the proper historical feel, I dove into life in the 17th century. Springfield was then on the edge of civilization. The English settlers who chose to live in that remote setting were a hardy, self-reliant bunch. They toiled from dawn to dusk to provide food, shelter, clothing for themselves. Church attendance was mandatory and religious beliefs scrutinized. They believed in witches. And what better place to find one than in the wilds of North America.

To recreate their story, I built their life around the depositions and what little else was known about them. Court records, town meeting records, which include births, marriages and deaths, and the writings of William Pynchon, founder of the town, were a treasure trove of details of daily life.

Life was hard for the Parsons. Hugh was likely of English origin, Mary was from Wales. She had married, but was later abandoned by her first husband. In order to marry Hugh, she petitioned the court to have her marriage, set aside. Hugh, a brickmaker, was not an easy man. His neighbors called him difficult, argumentative and clashed with him over business dealings. The town tax rolls, show that Hugh was fairly successful, a fact that may have led to jealousy.

Most houses were tiny by today’s standards. Some a single room with a loft. In the cold days of winter, this led to a lot of togetherness, with no where to escape. With little to entertain, gossip provided an outlet. Nothing went unnoticed. Grievances were nursed and amplified. These early settlers were a litigious bunch. Accusing each other of slander seemed to be a sport for them. Witchcraft accusations were not rare, but they rarely rose to the level of arrest and trials. Mary Parsons herself threw around accusations of witchcraft.

One of my goals for the book was to slowly build the case against the Parsons, and show how completely innocent actions could be misinterpreted and misconstrued. Simple explanations were ignored in favor of occultist phenomenon. As gossip and rumor spread, crowd mentality overtook individual reason. Before they saw it coming, Hugh and Mary were caught in web of witchcraft.

Thank you to The Author’s Lounge for allowing me share my book!

Jean M. Roberts, a proud mixture of English Puritan Great Migration Ancestors and Irish Immigrants, makes her home outside of Houston, Texas. She graduated from the University of St. Thomas, Houston with a BSN. Following in her father’s footsteps, Jeanie served in the United States Air Force and married an Air Force pilot. After touring around the world, her family settled in Texas, where she worked as a Nurse Administrator for a non-profit. She has one son, a soldier in the U.S. Army.

Jean divides her time between writing, family history/genealogy and traveling. She is currently working on her fourth book. When not writing novels, Jeanie reviews books on her blog, The Book Delight, researches and posts about her ancestors on her blog, The Family Connection, and investigates mythical Native American Ancestry on her blog, Indian Reservations.