Weapons of War: A Story of Faith 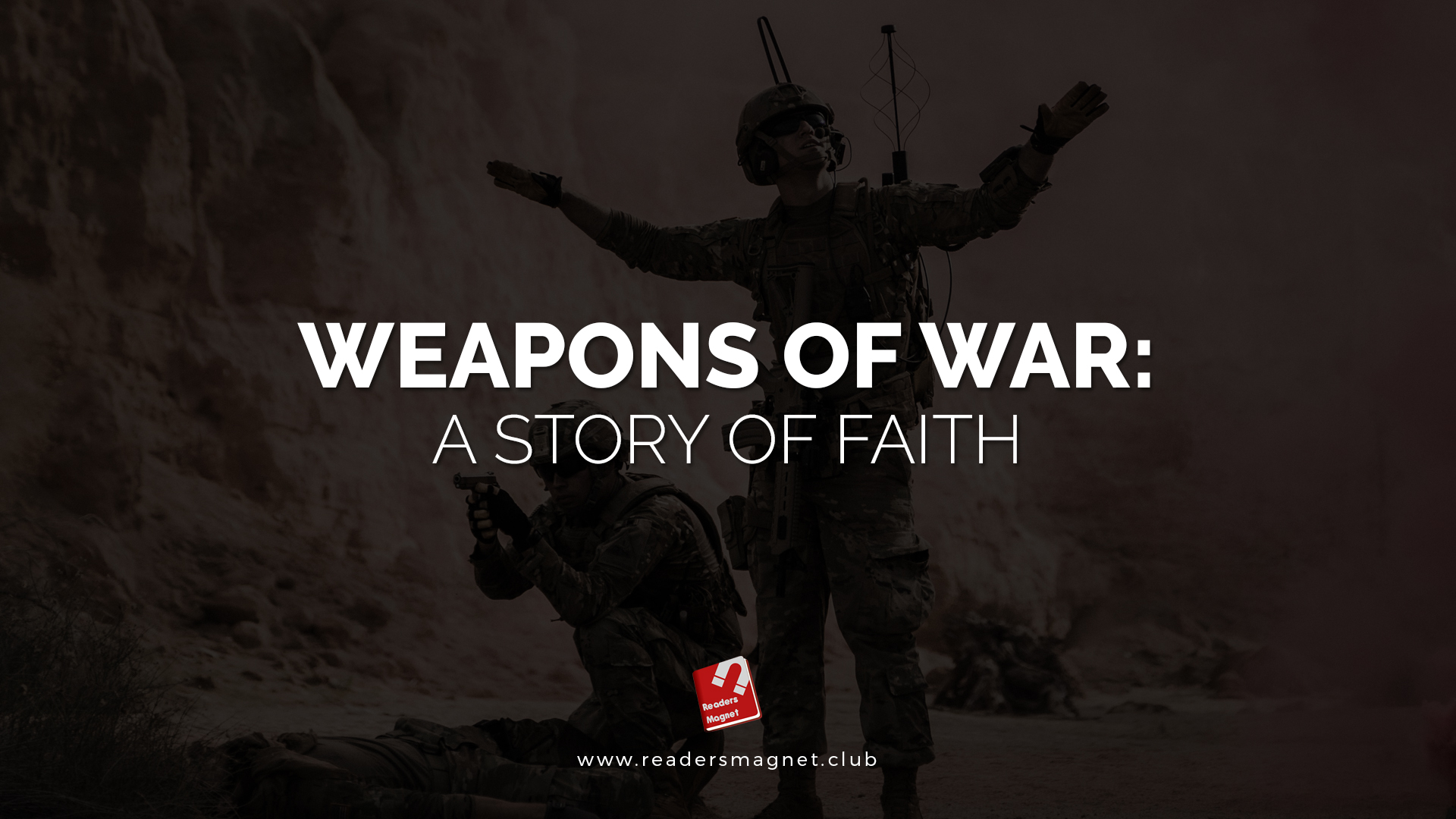 Robert E. Wright’s novel Weapons of War is a story of how one man’s faith helped him survive the horrors of war.

At first glance, Robert E. Wright’s memoir Weapons of War seemed like just any other war narrative. War novels usually present to us the military aspect of war- the armed encounter, the casualties, the politics of military conflict, stories of valor, and all the other details related to it. In recent history, we have seen war narratives evolved dramatically. Stories are not confined to gunfights and the simplistic view of military conflicts. Over the years, post-traumatic stress disorder, political awareness, internal struggles, conscientious objection, and other themes have been incorporated in various war works of literature. Many of these stories focused on personal struggles related to war rather than the military conflict itself. Weapons of War is not only a recollection of his time in Vietnam. The book means to effectively address faith of Robert E. Wright. It is a narrative that we seldom encounter as far as war stories are concerned.

In February 2018, Robert E. Wright decided to publish his story during his time in Vietnam. A war veteran who served two years in the U.S. Army as an infantryman with 101st Airborne Division, Robert has seen many horrors. Robert participated in search-and-destroy missions as well as other dangerous field operations. For his bravery and years of service, Robert E. Wright was awarded the two Air Medal Awards, and the Army Commendation Medal. However, his book Weapons of War is a memoir detailing a different war he was waging. In this unique and remarkable work of literature, Robert E. Wright shares how he used different weapons to survive Vietnam and come back home still as a whole person. Many soldiers return from their tour of duty and they are not the same people. Most are spiritually broken, traumatized, or worse left with life-changing injuries. For Robert E. Wright it was love and faith that sheltered him from the horrors of war.

Weapons of War is a collection of letters that Robert E. Wright wrote for his fiancé, and later his wife, Barbara Hampton. Aside from the enemies, the Viet Cong, Robert was also confronted with other battles: his loneliness and separation from Barbara and the fear and doubt about his faith in God overcoming his fear of death. Realizing that he needed different weapons for these obstacles, Robert turned into writing letters. Robert wrote lengthy letters to Barbara to remind himself of what awaits him at home. This also served as hi shelter from anxiety, doubt, and despair. As Robert recalls,

“To effectively deal with the loneliness of separation, I had to communicate, communicate, and communicate. And my weapon would be pen, paper, and pictures (many letters). I figured that with letters and pictures I would keep Barb’s memories of me and my love for her fresh in her heart and mind. To effectively address faith, we both had to pray without ceasing. It would be through prayer that we would remain together spiritually. We have always believed that our relationship was a match made in heaven.

So, to answer that question ‘how did I make it through the Vietnam War whole?’ Well when you finish reading these letters, you can see how I took a holistic approach. I identified my enemies and used the right weapon to ensure a total victory. As a result, I left the Vietnam War “Physically, Emotionally and Spiritually Whole.” – Robert E. Wright

Although his letters were addressed to Barbara, it strengthened Robert’s spiritual resolve as well. By communicating with his loved one back at home, he is also building a more stable and renewed relationship with God. Robert’s faith did not falter and sustained him through his tour of duty in war-torn Vietnam.

Overall, Robert E. Wright’s Weapons of War shows us that not everything can be won by force. There are life’s battles that can only be overcome by our faith and how much we love. Robert’s narrative inspires us to look at life with courage and belief that everything will work out fine with the help of God and our loved ones.

To know more about Robert E. Wright and his works, please grab a copy of his book, or visit his website today.