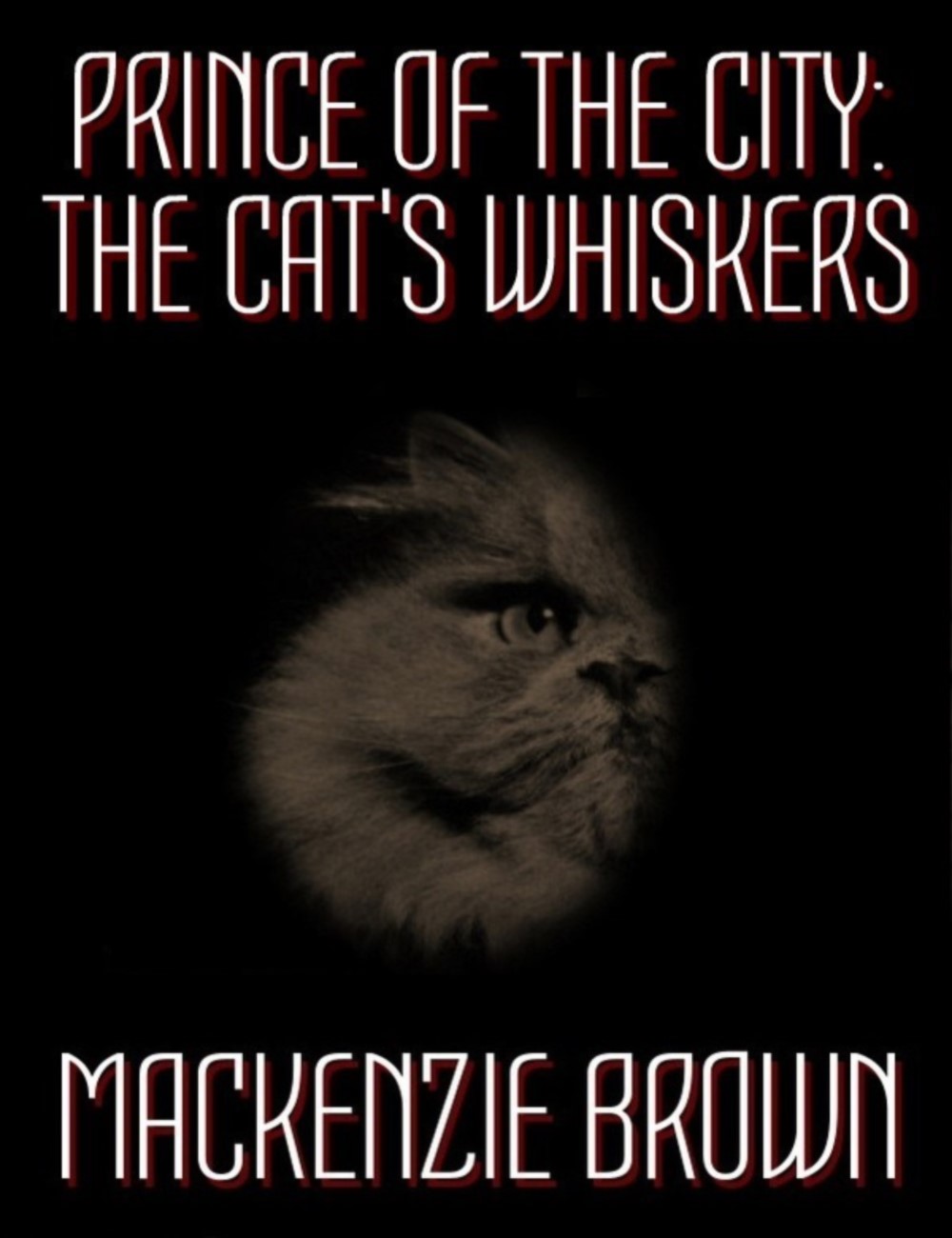 The Prince of the City series is an homage to the best hardboiled, pulp fiction from the USA that sprung up in the 1930s and 1940s. As a lover of the work of Chandler and Hammett, I continued my foray into the world of noir by reading John D. MacDonald’s Travis McGee series, Ross MacDonald’s (no relative) Lew Archer books and these days I enjoy reading Robert Crais’ series featuring Elvis Cole and Joe Pike. As a result of my love for these classic authors and their characters, I developed a desire to create my own version of noir fiction. So, you must forgive me if a few Americanisms find their way into the language of Vic Prince and his cohorts, particularly in the first book in the series, The Cat’s Whiskers.

This book introduces detective Vic Prince, his friends and the world he lives in. I am seeking to move the action along quickly, within the framework of a traditional first-person narrative, and include multiple threads that are connected later in the book.

Humour is important and, once more, I’ve worked hard to ensure my central character’s intended comic observations fit not only the genre, but also the period and the geographical setting.

As the series developed into book two and three, I found that, as I’ve become more comfortable in the genre, my prose these days is littered with fewer phrases from US noir fiction and I’ve created something of a hybrid. I might call it British noir, so I suppose that leads me nicely into explaining why I set the series in Liverpool in the first place.

Liverpool is the city of my birth, a city steeped in history—not all of it positive—and, during research for a previous book, I found that I enjoyed writing stories set in the forties.

As many fans of detective stories will attest, one of the many tropes is that the central character is often the underdog—someone who is fighting on all fronts, when everyone around them seems crooked and rotten.  That was one of the reasons why I opted to portray my titular character, Vic Prince, as a black man of African ancestry.  This ties in well with one of the shameful things about Liverpool: the slave trade and the rampant racism of the era in which the series is set. This harsh environment Prince finds himself in also provides another opportunity for readers to empathise with him.

In the 2nd book,Nine Lives, Vic ventures to Southport, an affluent and prominently white seaside resort.

Here, Prince faces an alien landscape in which the usual odds stacked against him are even more acute.

Each book has an individual mystery, but the series actually takes place over the course of a year. A more complex, overarching mystery runs through the series like a thread, acting as a bridge that connects the narrative across all five books.

In book three, Picture Purrfect, the most famous black actor in Hollywood is filming in the city and hires Vic to solve a rather delicate problem. Vic is forced to lock horns with a hard man from the North East in his quest to stop a stone killer in a dress.

The idea of using catsas a way of connecting each of the titles sprang from my own admiration for our four-legged friends, as well as the fact that,throughout the entire series, Vic is chasing down miniature charms, created in the feline form, known as the Nine Lives—and that every faction in the city is looking to get hold of them and unlock the secret they hold.

The4th book in the series is Return of the Feline.

We learn that Vic’s best friend and black marketeer, Percy, had a bad breakup a couple of years before, and his former fiancée contacts Vic out of the blue. Vic knows Percy still carries a torch for Agatha, but when he meets her—instead of wanting him to smooth the path to a reunion with Percy—she reveals that she something valuable to sell. Other factions in the city know what she is selling, and two men are trying to kill her, while another pair are on the lookout for her and her former business partner. Vic is left to pick up the pieces, managing his best friend’s emotions when she goes into hiding and keeping her alive long enough to keep what she‘s selling from falling into enemy hands.

I am currently writing book five,King of the Jungle, which will conclude 1940 and the first overarching narrative of the series, and will be published in early 2021.

I suppose my target audience are fans of the genre, and also people who enjoy the development of a group of familiar characters, caring enough to worry for their welfare, as they flirt with danger.

I plan to try to write five connected novels, one for each year of the war in Europe, and continue to grow my readership.

Return of the Feline is my 9th book and I have lots of other ideas in the works, including a whodunnit set in 1950s Italy,which is currently in query with UK publishing agents. My hope is to keep growing, learning and improving my writing. I love the entire process and enjoy very few things better than working on a new writing project.

My advice to any budding authors is that you shouldn’t worry if your first draft is imperfect, just finish it and rewrite until you’re sick of it. The real work begins for me when the first draft is done.

Tell your story in your way and invite criticism from people you trust. It’s an old cliché but every day is a school day.