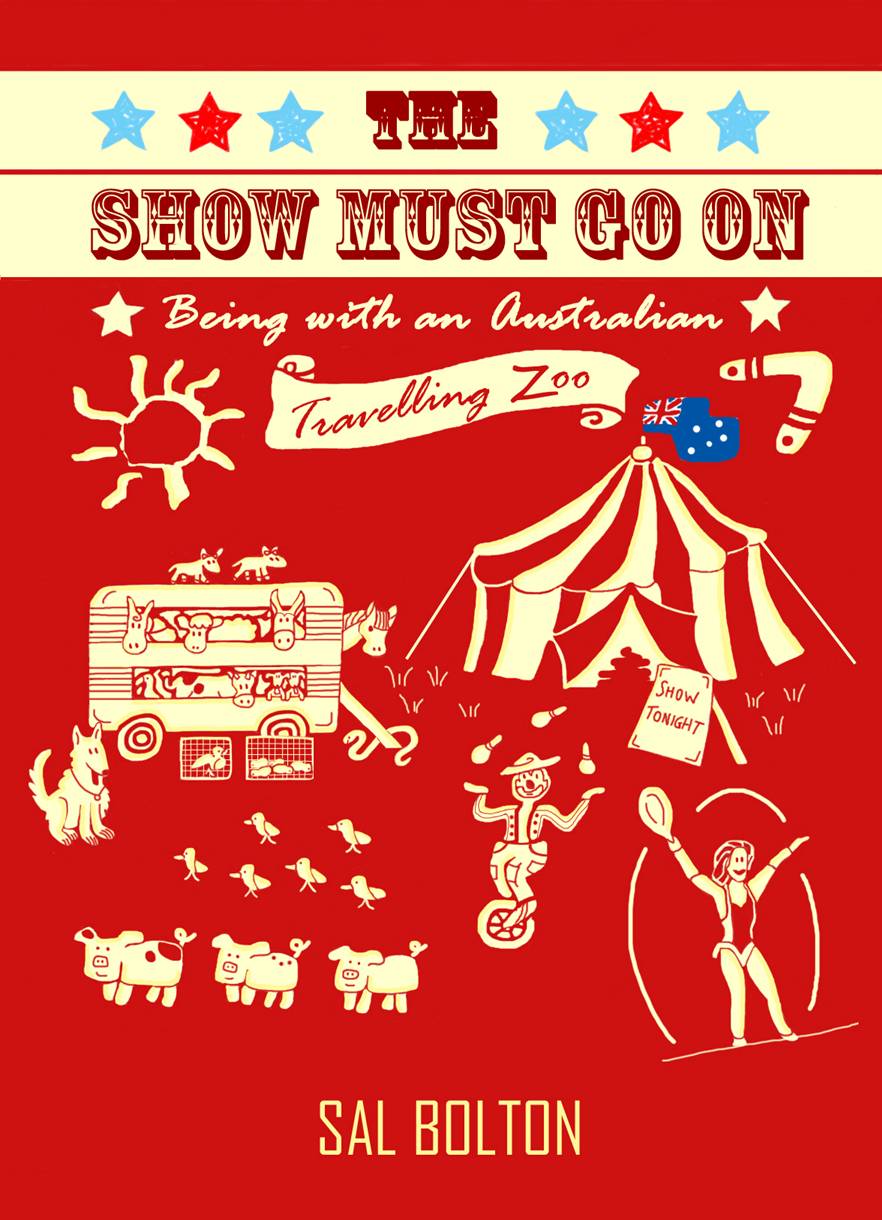 ‘A truly wonderful book, both compelling and enlivening’ – Charlie Carroll, Author of ‘No Fixed Abode’ and ‘The Friendship Highway – Two Journeys in Tibet’

‘This is a great “out of the box”-book for all fans and friends of Australia’ – Erik Lorenz, Author of ‘Through The Heart of England’

For anyone who knows me well, I am far from living the conventional life experience. I’d always been interested by worlds radical different from my own. There is no adventure in the familiar and find the appeal of travelling an opportunity to transport myself into authentic cultures of places and into the lives of people so different to my own background and upbringing. As a little girl growing up in London, England I had a phobia of clowns (it’s actually a real defined label of fears named ‘coulrophobia’ would you believe!) for some reason, I found their bleached masks of stark bright paint, exaggerating the features of a human face terrifying. Maybe because I couldn’t see the familiar sight of a human behind it and thought that something was wrong with them, turning into something strange or meant harm to you (sorry to say, I felt the same about my mums pantomime make up!).  Fortunately, growing up made me start to turn fear into fascination.

The bizarre and magical world of flashing funfairs and energy-pumped carnivals really captivated my curiosity and sense of fun as a spectator, as did the fantastical feats and trickery of human ability in travelling circuses and sideshows. In 2010, with just a backpack and my wandering feet, I began spending two years travelling around Australia, the free land ‘down under’ where anything seemed possible to an adventurous spirit and a willingness to say ‘yes’. As a huge lover of animals, I stumbled across an opportunity to work as an animal care assistant for a petting zoo of farm animals and followed the business on the ‘showman’ circuit, letting me into an exclusive micro-world of Australian culture and show business alongside a family circus, snake handler and a convoy of nomadic performers and existences.

It was during my travels across Australia that I met German Author Erik Lorenz, who years later requested that I write a short story about my unique experience with the carnival for his travelogue ‘Australien wie wir es sehen’, a collection of different travel stories about Australia from a travellers perspective. Mine, being a ‘Pommie Shiela’, welcomed into discovering a rare piece of authentic Australian culture under the bubble of candy-flossed carnival life. My non-fiction book version ‘The Show Must Go On – Being with an Australian Travelling Zoo’ is the unedited, English manuscript of the same story.

I believe readers who have an interest not only in Australian culture and the charming nature of its people, but also who possess the same compelling curiosity to the history and quirky livelihood of a mysterious world so very different from their own. Who want to delve into the workings of a nightly circus show, the unpredictable mishaps of keeping an assorted menagerie of animals and the heartbreaking reality of life as a showman, passed down through generations of Australians dedicated to entertain. I would hope readers from the Authors Lounge will trail in my footsteps and feel they are brought behind the curtain with me and into an uncovered authentic experience of a world bestowed to very few travellers. Bit like ‘running away to join the circus’ quite literally!

In January 2018, the story reached Number 5 on Amazon Best Sellers Travel Books over a promotional weekend, hoping ‘The Show Must Go On’ will inspire interest to my quirky adventure stories and bring attention to my full length adventure book ‘Letters From The Amazon’ that I’m currently writing about my experience journeying into and discovering the wonders of Ecuador’s endangered Amazon Rainforest…with very little Spanish! :/

Sal Bolton read Geography at the University of Chichester, England where shortly after, her first solo explorations took her to the open highways of the USA. Spending five months living in Ghana, West Africa volunteering in teaching tennis to children led to the founding of non-profit organisation ‘Africa Tennis Aid’. In coming years, she journeyed to South America to discover the enigmatic Amazon Rainforests of Ecuador, spending two years thereafter travelling around Australia, living in an aborigine community and writing her first travel book ‘The Show Must Go On – Being with an Australian Travelling Zoo’. In recent times, Sal spent time with Buddhist Monks whilst building houses in Cambodia and a year hitchiking around New Zealand, waka sailing with Maoris and visiting indigenous villages.

In October 2019, she climbed to the summit of Mt. Kilimanjaro, the highest point in Africa and highest free standing mountain in the world, having never climbed a mountain before to raise awareness and funds for her twin sisters illness Myalgic Encephalomyelitis (M.E) also known as Chronic Fatigue Syndrome, a condition affecting over 250,000 people in the U.K alone.

Sal has also written for ‘UK Tennis’, ‘Tennis Today’, ‘Now on Earth’, ‘Adventure She’ Magazine and an adaptation of ‘The Show Must Go On – Being with an Australian Travelling Zoo’ was first published in 2013 in German for travel book ‘Australien wie wir es sehen’.

Buy the ‘Show Must Go On – Being with an Australian Travelling Zoo’ on Kindle or Paperback and please leave a review!

She lives in London currently working on her new adventure book ‘Letters From The Amazon’ which you can follow along with future stories, on her book update group and social media platforms.

Join ‘Letters From The Amazon’ Book Update Group on Facebook