The Shield Road by Dewi Hargreaves 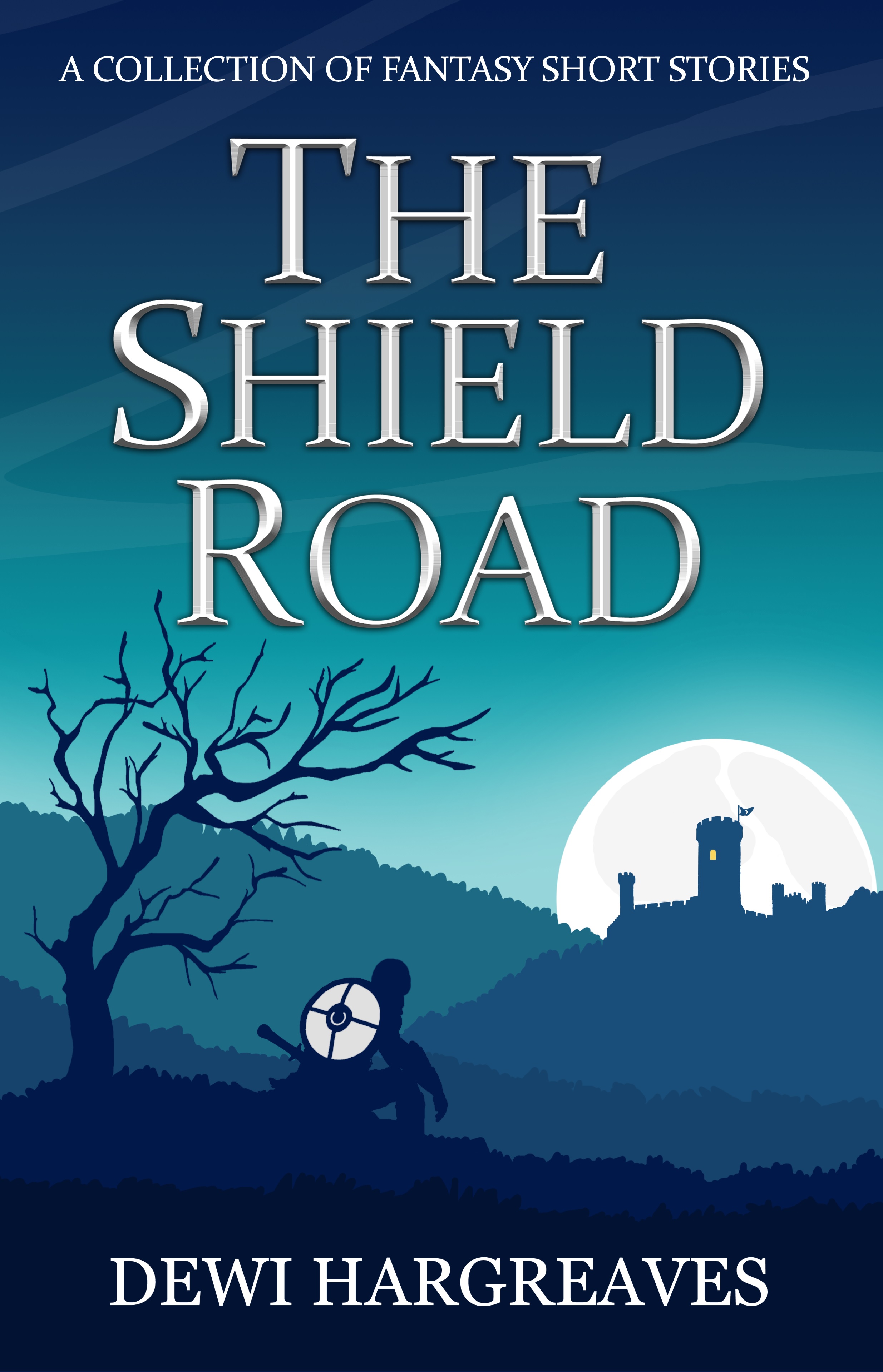 I’m thrilled to be writing about The Shield Road for the Author’s Lounge.

Simply put, my book is a collection of 14 interlinked fantasy short stories. They all take place one after the other in the same setting, so it’s more like a traditional novel that way. Characters who were the stars of earlier stories appear as side characters in later ones, often after having gone through some kind of change. In the early part of the book, each character is following their own path – their own shield road. But as the story wears on, they realise an ancient evil is returning to threaten the world, so they work together to defeat it. It’s aimed at anyone who loves adult fantasy, especially the character-focused kind. Reviewers have described it as being a quieter, more literary style of fantasy, but there are still plenty of battles and swords in there too for people who enjoy that. If you’re interested, here’s a link to a webpage with the reviews and purchase links for different countries!

I started writing the first story in the collection in January 2020, so just over a year ago now – though at the time I didn’t know it was going to be part of a longer collection. Of course, shortly after that we were hit by the coronavirus pandemic, so I spent the rest of 2020 indoors. Knowing the whole world was in the same boat, The Shield Road quickly became my lockdown project: with everybody locked in, I wanted to write stories about exploration, adventure, and found family. In every story, the characters are travelling somewhere new or fighting some previously unknown danger. I figured it was the kind of fiction people needed to be reading as we suffered through lockdown – it was certainly what I needed.

The book launched, rather fittingly, on 29th March, the day that lockdown restrictions started to be eased in England. It’s been very successful, at least by my measurements – I sold triple the number of copies I thought I would over the first few days of release, and sales are still coming in now. But it’s the reviews that have had the biggest effect on me so far – I haven’t had a negative one yet (though I’m sure that will come in time,) and the word ‘masterful’ has been used several times by different reviewers. That’s what my ultimate goal was for the book: not to make tonnes of cash – if you’re in publishing, especially indie, for that reason, turn and run away now – but to really touch the people who read it and make them feel like it was worthwhile reading, and on that front at least, it’s been a roaring success so far.

Going forward from here, I’m happy to leave it up on Amazon and Kobo and see how well it continues to do – it doesn’t hurt me to let it sit there, racking up the occasional sale – though I’m not doing much in the way of paid ads. I’m taking a bit of time now to follow the writing currents, as it were, and let myself write about anything and everything I want – mostly short stories – to see if another project interests me. In the meantime I’ll still be working on my day job – which is illustrating maps for fantasy authors to go in the front matters of their books! Will there be a sequel? A few people have already expressed interest in one, so never say never.