‘The Path of Good Response’ by Steve Frogley 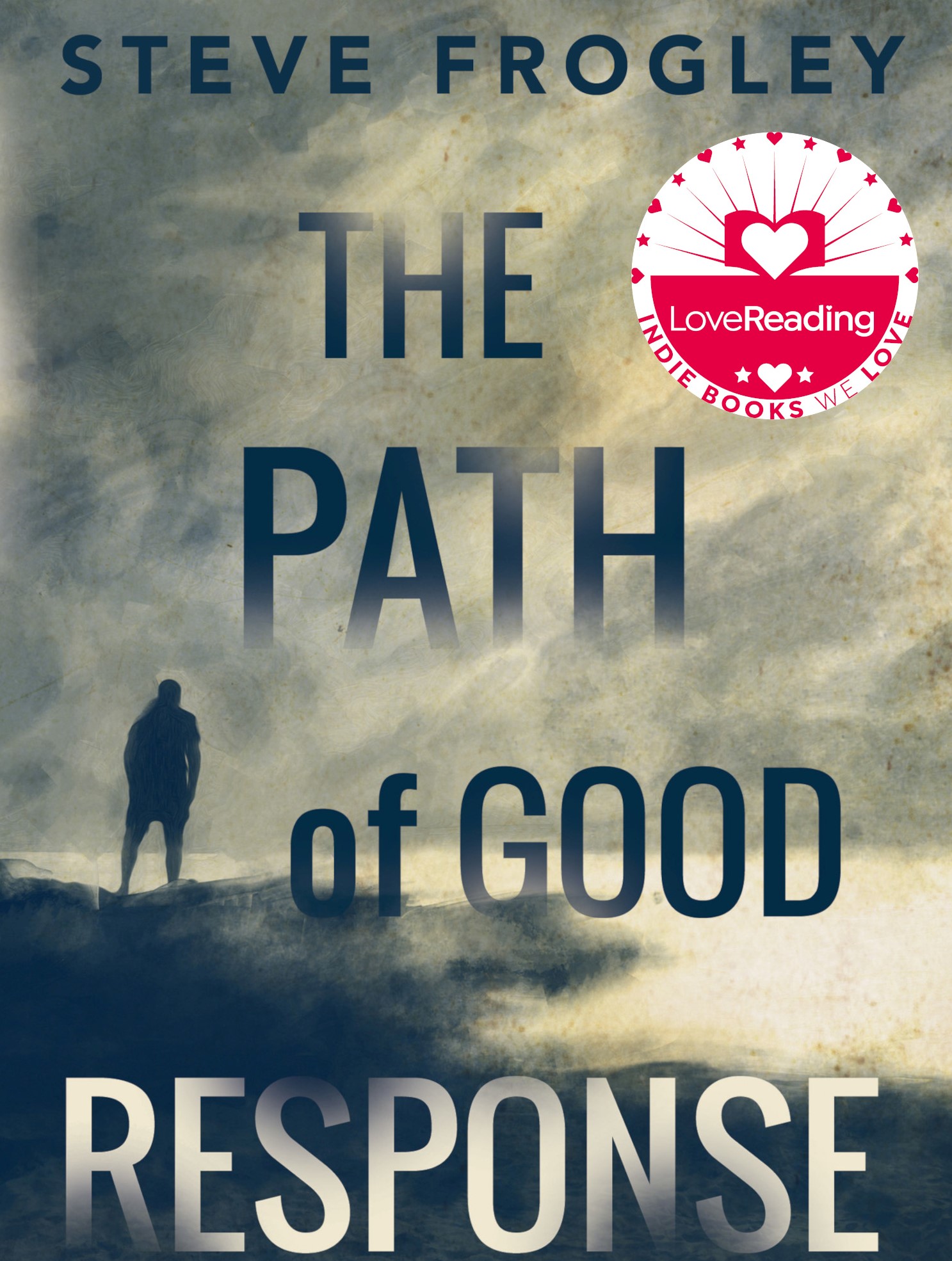 Do you value your mother’s health above peace in the Middle East?

How about your career over global warming?

There is a famously misquoted line, attributed originally to George Santayana, which states that, “Those who fail to learn from history’s mistakes are doomed to repeat them.”
What is true of history, may also be true of our own lives. But what if there was a way to change it?

When Joseph Massey is offered the graduate role of a lifetime, aboard Schelldhardt’s luxurious headquarters at sea, he can barely believe his luck. His student debt is cleared on day one, and the opportunities are more than he could have possibly imagined. The catch? He will be isolated from family and friends for a year.

The role offers rapid and unexpected career progression, along with the chance to change things for the better, but something doesn’t seem quite right. He is plagued by strange dreams, and an odd sensation that all is not as it seems.

As time progresses, it soon becomes clear that Schelldhardt will do anything to grow. He is drawn deeper into the company’s dark underbelly, on a collision course with his past.

I have always struggled to decide what is for the best. At a time when the world seems more opinionated and divided than ever, I only find my own uncertainty increasing. It seems that once we line up behind an ideal, then our position must be justified and defended. The discussion ends, and a slanging match begins. To me, the truth nearly always sits at some point between extremes. When principles overlap, then it becomes more challenging to decide. This is a real life dilemma for me. What should anybody prioritise for the best? Family, career, maybe their beliefs?

One of the scenes in the book actually happened to me. I was in a supermarket, confounded by choice as to whether I should buy a cheaper, or more ethical bottle of wine. As a family man, money was a real consideration, as were my beliefs. I changed my mind at least five times like a lunatic, and actually started to worry that I would never decide. These ideas are central to the book.

Secondly, I have witnessed how the workplace has deteriorated over my lifetime. So much of the fun that I experienced earlier in my career has gone. What has replaced it, is measurement, cost-cutting, and increased pressure on the people left clinging to their jobs. I would hate to be starting out in the job market now. Who is seeing the benefit of these changes? Certainly not the employees, or the customer. I’ll let you decide that for yourselves. This is also central to the book.

I would like readers to enjoy the book foremost as a story. I personally hate being preached to, and I hope the ideas discussed in the previous points are wrapped up sufficiently in a fast moving plot, so as not to intrude. Reading is meant for pleasure.
I also hope that the plot twists are unexpected. From the reviews I have received so far, that seems to be the case. Hopefully, the seemingly unconnected all ties up together in the end.
I would also like to think that it is different to other books you may have read before.

(There is adult content in the book, and I would want any reader to be aware of that in advance.)

Like most indie authors, the real struggle is raising awareness of the book. I have been fortunate to have received some great reviews, but I understand that there is a risk involved for anybody purchasing a book from an unknown author. Or reviewing it, for that matter. It takes a leap of faith to pick up an indie book. It’s far easier to stick to mainstream novels.
I am currently writing a sequel to the book, in the hope that the The Path of Good Response will be well received. The book was recently selected by a book club in the UK, and I joined the meeting online when it was reviewed. The feedback (in real time) was encouraging, and really appreciated.

With thanks to Elizabeth Schultz from the Authors’ Lounge for posing the questions.