The Madhouse Projects by Rick Badman 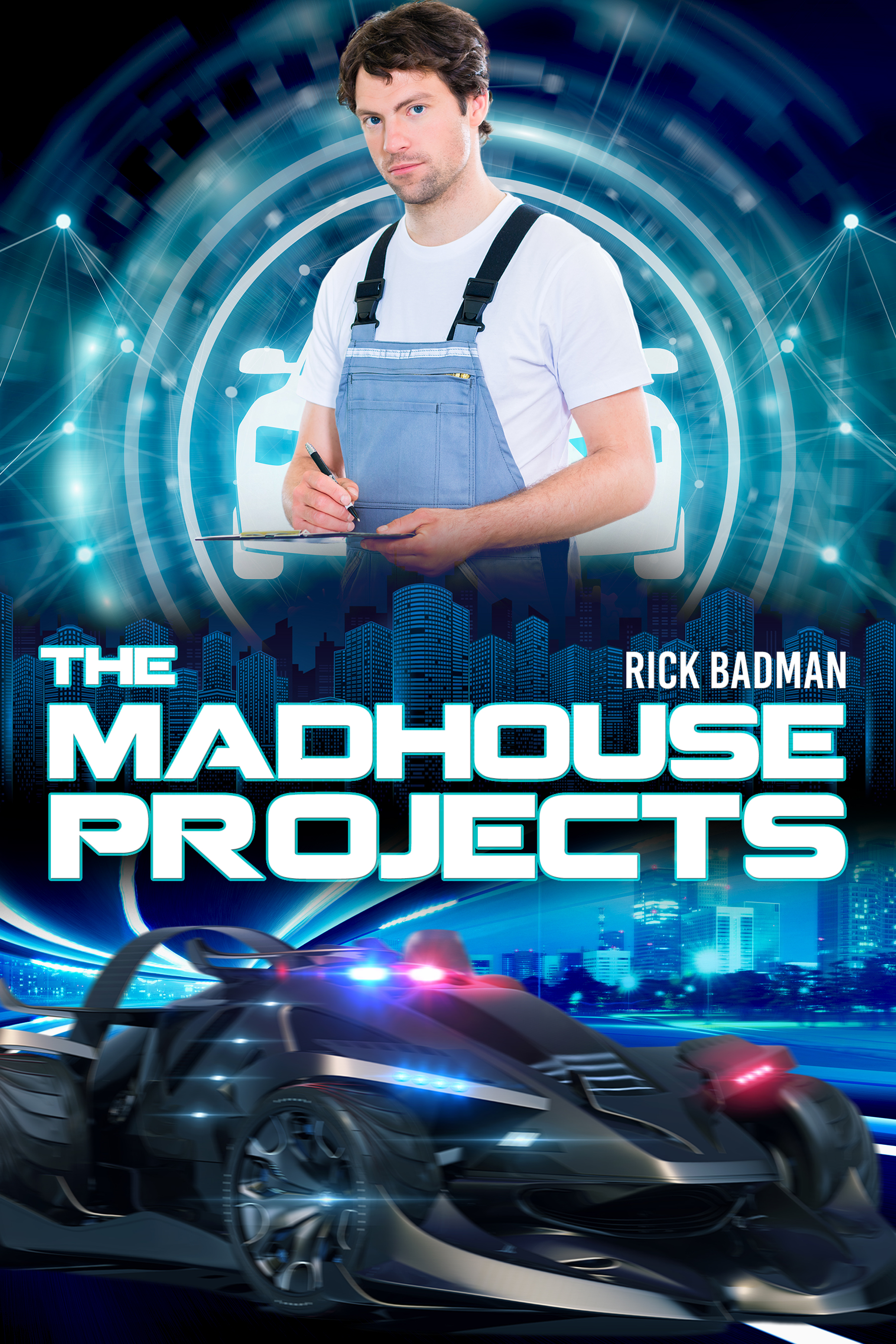 The Madhouse Projects centers around an automotive engineer named Dick Thurman who works on flywheel-powered electric cars in California.  The school he works for forces him to leave and afterwards he is flown to an underground research and development installation in Arizona called the Madhouse due to all the activity that goes on there.

After an “accident” in California when Dick and his wife were buried in a landslide, they manage to survive and are taken to the Madhouse where Kate, Dick’s wife, begins work in the video technology department working on something called experiencable program units that go beyond virtual reality.

Even though the couple is thought to be dead, they go on a vacation to Europe where Dick finds out that the car Yomorrow gave him to drive can fly while he and his wife are in Germany.  The Madhouse tells air traffic controllers that they saw a UFO and not a terrestrial vehicle.  To make up for the incident, Dick has to stop a group of terrorists from causing a nuclear accident at a reactor facility.

While on vacation, Dick and Kate drive to Russia where he is convinced that the nation needs a madhouse.  After they get back, Dick works on three cars he wants to race at the Indianapolis 500 in 2037.  Kate is able to use a program to make a drug lord in South America that has been captured to believe he had been in a long coma and it was safe to tell his sons who he had bought off in America.  The information Kate and her team learns is going to be used to bring down the drug lord and others in this nation in court.

Dick is able to race at the Indy 500 and win the race against some cars from Japan that happen to be nuclear steam cars.  He gets the nickname Grampa Speed since he is the oldest driver in the field.

After the arrest of the drug lord and Dick’s victory at Indianapolis, the couple meet the one who started Backers and Organizers for Sensible Solutions (BOSS) in Chicago.  Dick is made a member of the organization and when he returns to the Madhouse starts working on flying cars while Kate works on something that allows people to experience good memories that are made better.

In Africa, an Islamic terrorist and his followers attacked a community created by BOSS in Congo. After they take over the city, a team from BOSS is able to take back control of it.

The Madhouse Projects is a “save-the-world” book that presents possibilities for how the world might be made better in many areas thanks to various projects that are done.  There are no superheroes and no alien involvement in our affairs.  Some average individuals that readers can identify with get the chance to do incredible things to make the future and the world better.  Readers that are dreamers will like The Madhouse Project and fantasize about working for BOSS and seeing their dreams come true.