The Lie She Told by Catherine Yaffe 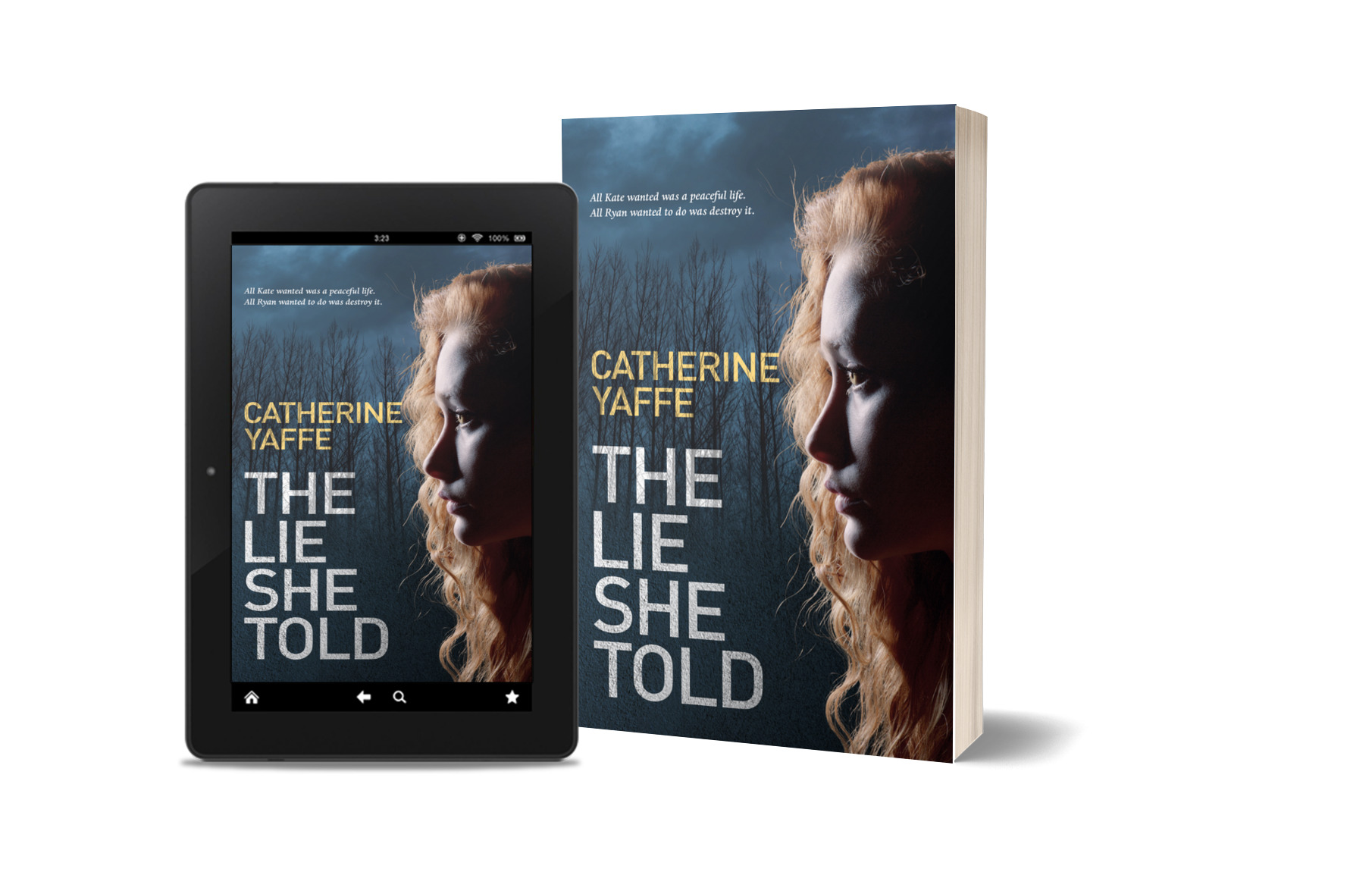 The Lie She Told is a crime thriller set in the Highlands of Scotland. I’m often asked why I chose to set it there (I live in Leeds, West Yorkshire), and the answer is simple – I visited there about 10 years and fell in love with the place. I knew immediately that the character of Kate had found her home.

Kate Ward is forced to start her life over when she and her young son Joe are moved into witness protection. Kate works hard to rebuild their lives and with help from the local community, including elderly neighbour Jack, they are at last happy and settled in their new home. That is until someone from Kate’s past appears out of the blue.

Ryan Albright is the best friend of Kate’s ex-husband Darren, and he knows all of Kate’s secrets – including the reason she had to leave.

Slowly, and systematically Ryan sets out on the mission set by Daz to rip Kate’s world apart and return Joe to his dad. But the plans go disastrously wrong, and Kate ends up having to face up to the lie she told.

The character of Kate had been in my head for a long time. I saw her as a strong, independent woman who wears her heart on her sleeve. She’s willing to take any risk to ensure her son is protected so leaving the abusive relationship with Daz was a part of that. But she’s also fallible. She sometimes lets her heart rule her head, and on this occasion it has fair reaching consequences.

Ryan was a different story altogether, and someone I thoroughly enjoyed creating. He’s manipulative, bullying and prone to violence. He carries a lot of anger with him about his past and his relationship with his father so he has no hesitation in making his dad pay for past behaviour. I always enjoy writing the bad guys more. It’s great to let your imagination run wild and think ‘what’s the worse he could do?’ it’s so far from the ‘norm’, from my own mental state that I love the challenge of writing about incidents that would never happen in my own life! (I hope not anyway!)

Joe, Kate’s son is a lovely character, and I allowed myself a trip down memory lane as to how my relationship with my own son was when he was that age. I remembered it being all about adventures and finding places to explore so the walk through Flowerdale Falls was reminiscent of our walks together around a local beauty spot in Leeds. I have been to Flowerdale Falls many times, and it’s truly stunning.

Many of the places that I mention in the book are real places; the harbour, the cafe, the school, Applecross and I have visited them all. We haven’t been able to get up there for a while now so writing about them was the next best thing!

The Lie She Told is my first venture into crime fiction, but definitely not my last. I’m currently editing The Web They Wove which picks up the story of DI Ziggy Thornes, who plays a cameo role in The Lie She Told but it’s set in my home town of Leeds. Ziggy and his team have to track down a sadistic killer who is targeting young woman, but the killer leads Ziggy too close to home. When their worlds collide, who will be the first to fall?

To find out more about The Lie She Told take a look at my website https://www.catherineyaffe.co.uk/

To purchase a copy of The Lie She Told click here >> https://amzn.to/3kF8lHj

I’d like to thank Author’s Lounge for inviting me to write this article.