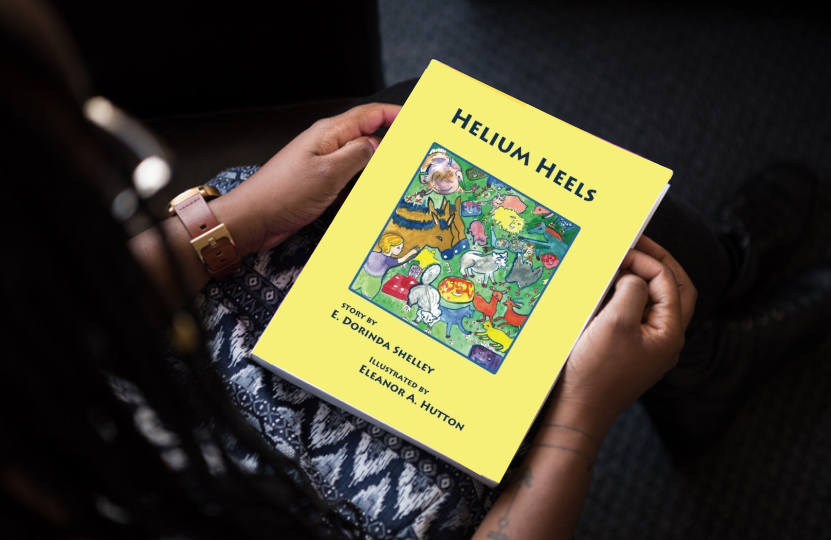 Retired dermatologist and now children’s book writer E. Dorinda Shelley will have not just one but four books, three of which make up a series, lined up for display at an upcoming LA Times book fair.

The 24rd Los Angeles Times Festival of Books is one of this year’s most anticipated book fairs. The largest book fair in the country will be held on April 13-14, 2019 at the University of Southern California in Downtown Los Angeles, CA.

Of helium, farm animals, and teamwork

ReadersMagnet is proud to feature Shelley’s The Helium Books series in this week’s “Straight from the Shelf.” The children’s farm/fantasy book series revolves around the topic of helium and abounds with themes of teamwork, fun, and adventure.

The farmette owned by Shelley and her family in Northwest Ohio provides the setting for the stories, which take place at a farm owned by the family of a young girl named Kath, whose father is a doctor. The farm animals the Shelley family raised serve as the inspiration for the characters.

To date, the series is composed of three books, The Helium Table (2010), The Helium Egg (2010), and Helium Heels (2012). All books feature the gorgeous full-color illustrations of children’s book illustrator Eleanor A. Hutton. The Helium Table proves to be a fun, adventurous story. An unlikely space journey in the most unlikely of places! An old dining table becomes an unlikely space vessel for the farm animals, who must think of a way to get back to earth and bring the table home.

In The Helium Egg, a little black hen finds a soft blue egg. What makes the egg mysterious is not its color but its expanding and floating qualities. Much to the surprise of the animals in the barn, the egg rapidly expands and starts to float but what hatches out of the mysterious egg brings a much greater surprise to the animals and the readers.

Perhaps the most hilarious story in the series, Helium Heels exudes a farm party fun vibe, thanks to the mischief played by the little black hen’s ghost babies on some sleeping donkeys. Karen Rigby of Foreword Reviews described the book as an “eccentric picture book” and “a farm-centered picture book that takes unusual risks.”

Shelley intends The Helium Books to stimulate the imagination of children and extol the benefits of working together, even if the characters are different from one another. Lovers of children’s books will appreciate the children’s farm/fantasy storybooks for their fun, unusual stories and superb folk art. They are the books to look out for at the LA Times Festival of Books 2019.

ReadersMagnet makes it possible for self-published authors like Shelley to have their works displayed at renowned book fairs such as the LA Times book fair and even arrange book signing sessions and radio interviews for them. The independent book marketing and supported self-publishing house looks forward to bring more authors to events that will raise their profile in the book industry.