The Forgettable Through Jeremiah by Kathy E. Dockett

by ReadersMagnet | May 14, 2019 | Christian and Inspirational, Featured Article | 0 comments 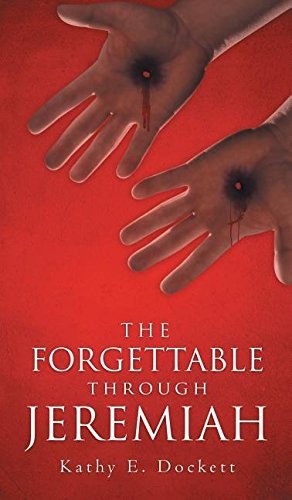 The Forgettable Through Jeremiah takes place in the biblical days during the prophet Jeremiah. The Israelites  were being disruptive  toward God after years of blessings  by Him. The book captivates the parallels between what the Israelites did as it relates to today’s  world. The old saying “History repeats itself”, it was this is referring to.

In today’s modern society many of us want our own way instead of submitting to God’s will. Sin is on every corner  of our towns and city streets. Christ came down from Heaven to die on Mount Calvary for our sins, thus putting them under our feet. It says in the bible “As far as the east is from the west, so far has he removed our transgressions (sins) from us”,.

God has His hand on America and even the world. But if sin is allowed to grip us then He will let go, allowing more calamity. This book also relates to end time events, including the building of the third temple and Mark of the beast. America’s 2016 presidential election was like none other. Chaos was among the candidates.

But the Lord chose the best one for this time and age. Being on one accord is what is required  of the Lord. The experience  of His love is felt like no other thing. I hope that this book raises questions in your head about how you are living  your life. This world has to open up to God’s agenda instead  of its  own. Let’s start to be mindful  and love one another as the Lord loves us.