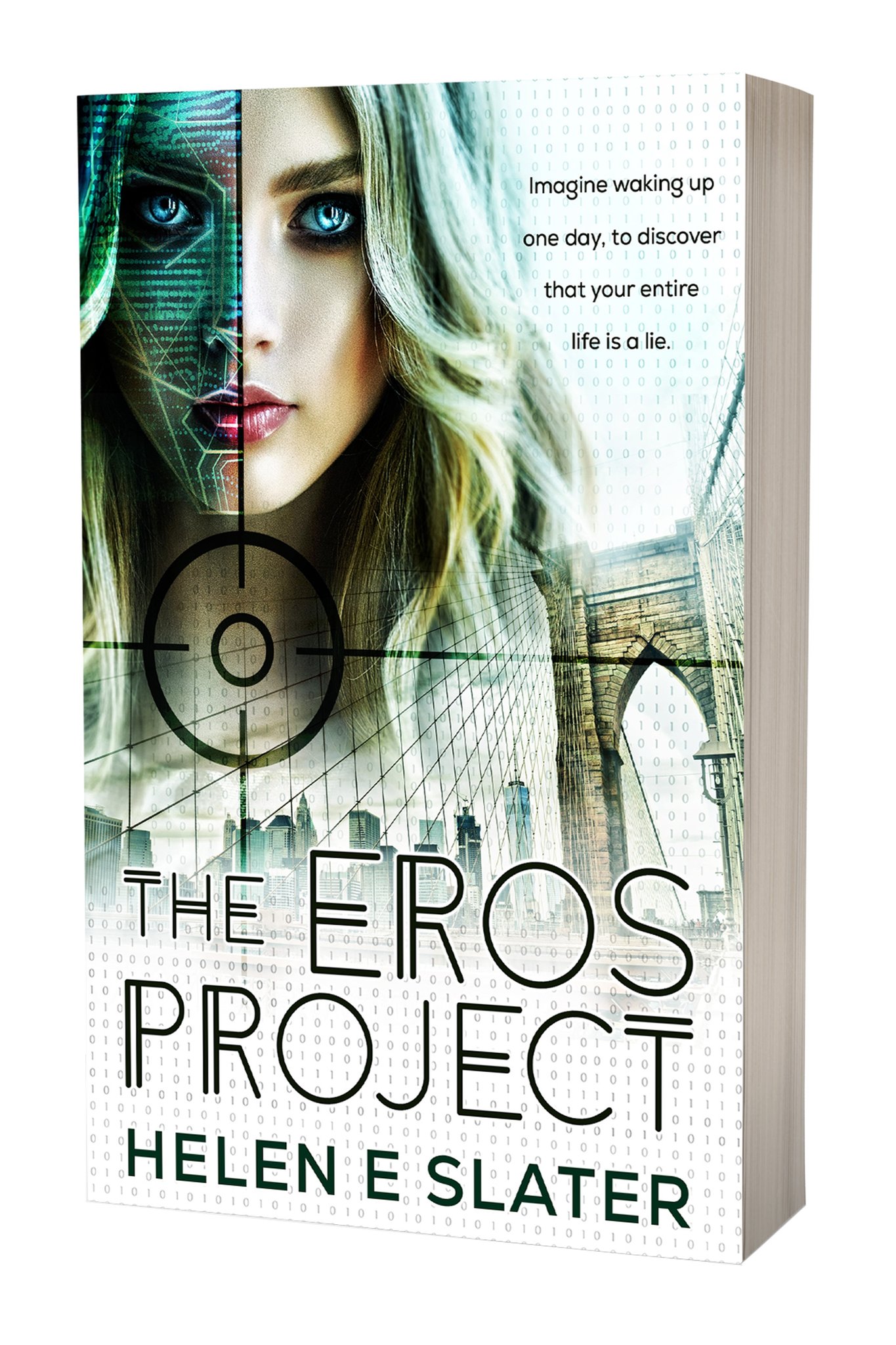 I want to thank the Authors’ Lounge and Elizabeth, for allowing me the opportunity to share an article about my book ‘The Eros Project.’

I have always had a deep love for science fiction ever since I was a small child, when I would sit glued to the likes of ‘V,’ Doctor Who and Buck Rogers on the television, and as I grew, that love stayed with me.  I became obsessed with Star Wars and The X Files, and particularly loved James Cameron’s sci-fi classics, The Terminator, Aliens and The Abyss.

As well as loving sci-fi, I have always had a passion for writing.  I remember being set a homework task at my high school, where we had to write a short story with three chapters.

For me, it was the most exciting piece of homework that I had ever been set, and I set to work at once, having bought a large notebook, which I quickly filled with my sequel plot to the sci-fi series ‘V.’

My poor teacher.  I don’t think she bargained for a hundred pages to read, and I wonder how much of it she actually read!  For me though, it was the start of my desire to be a writer.

As an adult, my love for sci-fi increased, and with my passion for space and astronomy, it led me into writing science fiction novels.   Although it was the second book that I released, after my space adventure ‘Titan,’ ‘The Eros Project’ was actually the first novel that I completed.

The concept for the book came from my interest in the increase in AI technology, specifically those robots that are so human-like.  I am sure that I am not alone in being amazed, and somewhat unnerved, by those AIs that are able to interact confidently, remembering details such as previous conversations and facial recognition.

With each advancement, I found myself wondering how long it would take before AIs were so human-like that they were almost indistinguishable from us.  This led me to consider what would happen in the scenario where the AI actually had no idea that they were not human.

In the case of the main character, Rebecca, she is a hybrid of human and AI.  The idea of being a hybrid, came from our advancement in transplant surgeries and artificial body parts.

There is a question in the novel which explores what it is to be human, and in this age of increasing technology I think that it is a question we will one day be asking as a species.  With so many transplants now possible and the advancement in artificial limbs and organs, it makes me wonder how many people might end up like ‘The Six Million Dollar Man,’ with enhanced artificial body parts.

This thought immediately led me onto another more disturbing realisation, that when such technology arrives, there will be people who take advantage of it.  In the case of ‘The Eros Project,’ it is the military.

The book itself though, is seen entirely through Rebecca’s perspective, and how she copes with finding out, in the cruellest way possible, that she is not who she thought she was.  It also deals with the complexity of how she can expose what has happened without getting herself killed.

I knew that I wanted to self-publish as an indie author on Amazon, as I work in a full time job as a teacher.  It is a demanding job, particularly now, in the midst of a pandemic, and I knew that if I approached a publisher, I would not be able to deliver novels within a set time frame, since my writing is generally confined to weekends and holidays.

I made the decision to release my other novel ‘Titan’ first, mainly because it needed less editing, and with the announcement of NASA’s Dragonfly mission to Titan, it seemed a good time to release it.

But now that ‘The Eros Project’ is finally on Amazon, I hope that the reader picks up on the themes that it gives.  The question of what it is to be human and whether we can go too far with technology.  However, it also gives the important message of hope and of fighting for what we believe it right.

Although it is a stand-alone book, I am working on another novel that deals with AI.  I am also in the process of writing a sequel to ‘Titan’ as well as editing my first children’s book about time travel.

For those who want to find out a little more about these books, you can read my Amazon profile at:  https://www.amazon.co.uk/Helen-E-Slater/e/B08CRZP5MG