The Child Who Changed The World by Marcus DN 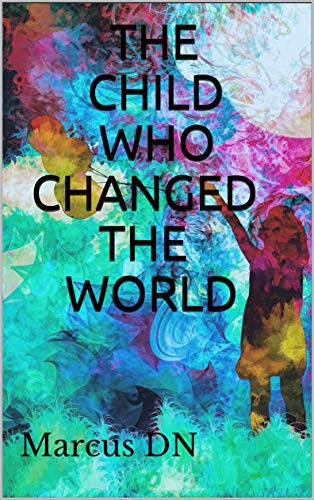 A little child with a learning disorder. A widowed single mum who won’t give up and a group of high spirited, verbose ladies at a small town salon makes for a heart-warming and yet thought provoking story, based on real life. The story is centred on a little boy Zeldon Zeffer who has a learning disorder. His real life growing pains and the difficulties he experienced in the conventional schooling system, from being ostracised due to his learning disorder to being bullied and ridiculed. His journey to finding himself and beating his disorder challenged the systems normal and inadvertently made history. The controversial subject of his medium of learning upset the world’s normal and created a brand new normal for generations to come.

It is an incredibly interesting and encouraging story of how his mum who’s had her world shifted several times, pick herself up, dusted herself off and push forward. The Zeffer family was shattered when Henson Zeffer tragically died, leaving his young wife Nell, who had no formal job qualifications, with very little to sustain herself and their little baby boy. Nell was a struggling hip-hop artist, with a unique style of rap who was struggling to make her break in the entertainment industry with full support from her husband at that time. They just moved into a new town when Henson earned a promotion and they had no family or friends. She had been through many struggles in her life but here, she was being pushed to her limits. She struggled to come to terms with the loss of her husband and after almost having a complete breakdown with the risk of losing her mind and her child, she reached out to her neighbour for help. She soon realised that with her one call for help, she would ultimately gain an entire family. A group of fun loving, down to earth, keep it real group of ladies, ‘girl power’ in a small town salon. She struggled through her challenge but with the help of these caring ladies, she managed to survive through it all. The story also focuses on the daily lives, the relationships and dramas of these ladies in the salon and the daily lives of some of the small town folk. Fun, love and laughter and dramas in a small town salon was their normal day to day living but as it would be, life seldom leaves you in your comfort. She had to come to terms with the discovery that her growing boy had a learning disorder. She was barely making ends meet and could not afford special care and special schooling for her son. In her desperate attempt to help her son overcome his challenges, they all made discoveries that changed their lives, the lives of people in their little town and the lives of people around the world. In the wake of a little boy overcoming his difficulty, they built an empire and created a new kind of normal in the world.

They upset their town with controversy, then united the world with a new phenomenon.

A special thank you to Elizabeth Schultz and Authors Lounge for this wonderful opportunity to introduce myself and my book to you. I am a dad to 2 early teenage daughters. My wife is an Educator specialising in English. She didn’t agree to some of my ‘English’ in my book but I insisted on it being more relatable in a ‘manner of speaking’ I published my first book in 2014, based on Perception, it is in line with my field of psychology. There is learning taken from the concept of my book that can be applied to everyday life with a new medium of educating which I hope will be caught the readers and help people from teenagers to middle aged people. Hope you enjoy!