The Amber Trap by Ellen Read 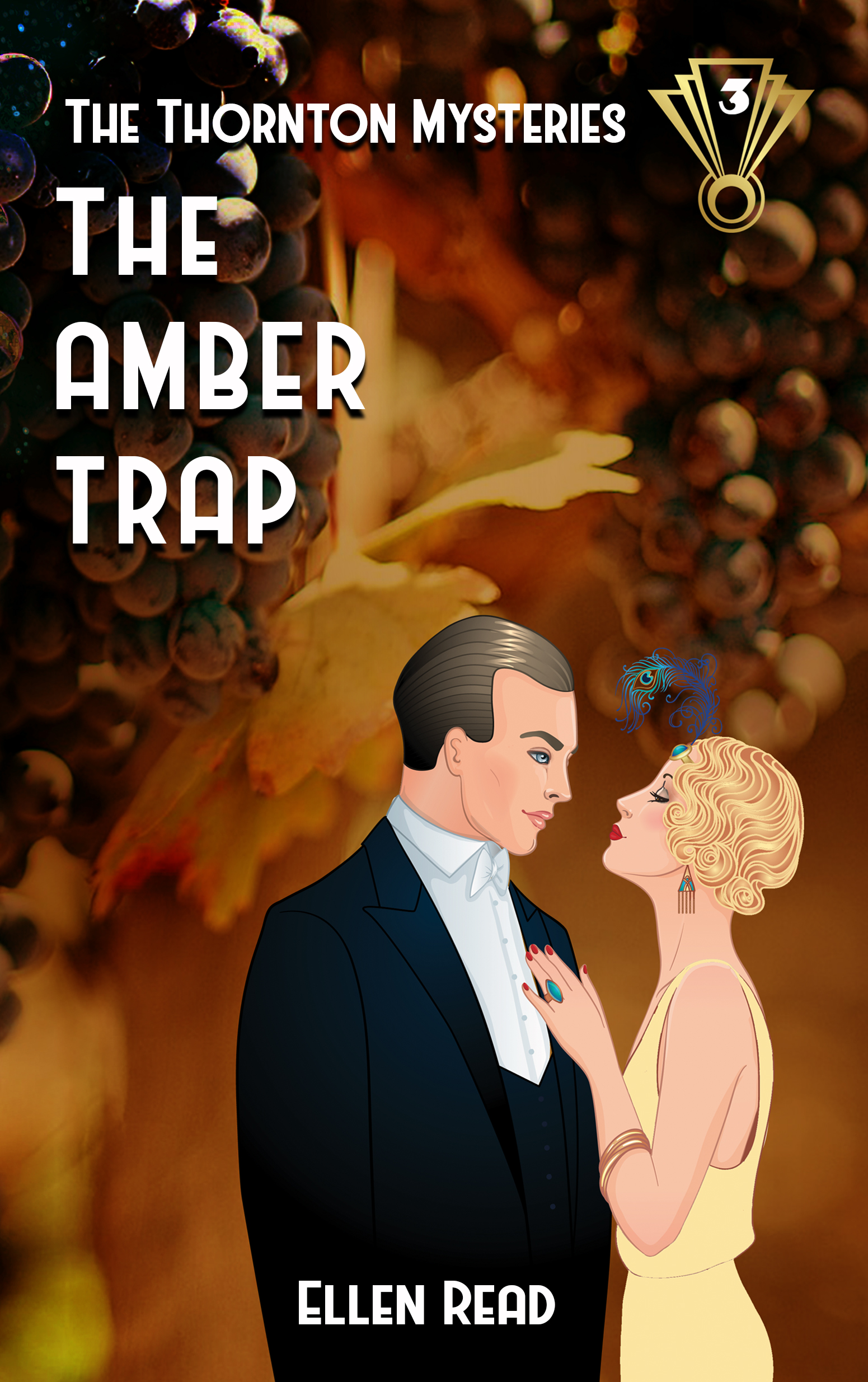 This is my first visit to Author’s Lounge and I’m very happy to be here. I have a cup of coffee ready for a chat.

I live in Australia. I’m the author of three books in The Thornton Mysteries series. They are historical fiction, murder mysteries set in Australia in the 1920s.

My latest book The Amber Trap, published by Crimson Cloak Publishing, is book three in the series. Each book has a separate murder mystery and as such is standalone. Alexandra Archer nee Thornton is the protagonist. A young woman born to privilege, Alexandra isn’t content with attending parties and social functions. She wants to work and, after some persuasion on her part, joins her father’s antiques business. Benedict Archer is manager of the antiques showroom and Edith Blackburn, Alexandra’s best friend and adopted sister, works alongside them.

In The Amber Trap, Alexandra and Benedict are already married but Benedict’s family didn’t attend the wedding. Alexandra knew that Benedict was estranged from his parents. She knew that after returning from the Great War (World War I), Benedict had been shunned by them. Alexandra could never understand why, and now that she is pregnant, she is determined rifts should be mended. Although he’s reluctant, Alexandra persuades Benedict to visit his family.

What initially inspired me to write the series was visiting Werribee Park Mansion in Victoria Australia. It’s a beautiful home that is open to the public. It’s built in the Italianate style architecture with Victorian interiors. The mansion is surrounded by 10 hectares of formal gardens. I wanted to write a story in a great house where I could have a Downton Abbey feel to it. 1920s Australia seemed to be the best era to set my mysteries, a time following World War I and before the Great Depression.

The Amber Trap, the third book, is Benedict’s story. The beautiful Barossa Valley in South Australia where Benedict’s family own a vineyard provides a wonderful setting for the book. Many of the South Australian vineyards were settled by German immigrants. I wanted to bring to life the rich German history of the area. The family also visit Hahndorf, a town south east of Adelaide that also has German heritage.

Anyone—young adult and adult readers alike—who enjoy a murder mystery—Agatha Christie style—set in the glamourous 1920s and amongst gorgeous countryside with an upstairs downstairs feel to it would enjoy The Amber Trap.

I’ve written book four and it is with my publishers. At present I’m writing book five. In all the books, I take the Thornton family and the readers to different locations, even though the story, as if the case with The Amber Trap, starts at Thornton Park, the family’s lavish home.

Book one and two are titled The Dragon Sleeps and The Inca’s Curse.

I have always been involved in the arts, starting with writing, studying the piano, ballroom dancing, singing, musical theatre. I’m pleased that I’ve returned to my writing. After book five in The Thornton Mysteries, I intend to write a second draft of another historical series I’ve started.

Thank you so much for featuring my writing on the Authors’ Lounge. It’s been a pleasure visiting.